We have the three top changing moves and I don’t understand something.

Top changing moves are all worth 0.0pp

Yep I broke that, I think I’ll be able to get that fixed up tomorrow

In general, a lot of stuff with the top 3 are quite wonky at the moment, all of which should be fixed up starting tomorrow (probably)

I pushed up a mostly graphical update, now with 99% less potato stamps, along with several minor and not so minor bug fixes. More tomorrow.

What does “network size” mean?

Network size means the total number of residual blocks and convolutional layers in the network architecture. (See the AlphaGo Zero Paper.) The AGZ Paper shows that as more residual blocks and convolutional layers are stacked, the network becomes more information-preserving, and thus stronger. Deeper networks require a longer time to generate playouts, however.

Is it still on the list to change the move numbering for captured stones? It still shows move numbers for a capture or a fill in after a capture instead of the earlier stone that’s played there. So there’s some variations where I’m not sure where move 2 is eg jump to move 56 white to play move 57 and choose the blue move: 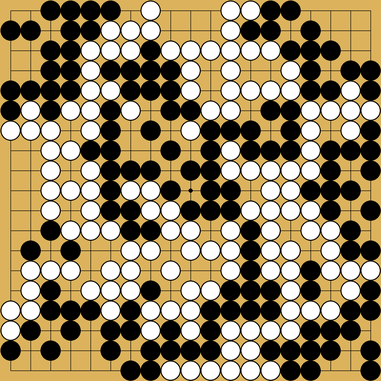 The move 2 gets filled in at move 23 by the looks of it. Just makes it really hard to follow the variation.

Edit: I should also say thanks for all the work so far!

I agree that’s difficult, any suggestions on how to display that?

Sometimes there is a big discrepancy in the estimated win rate between Top 3 and full review.
For example at move 151->152 in this game

white to move:
For the Top3 display 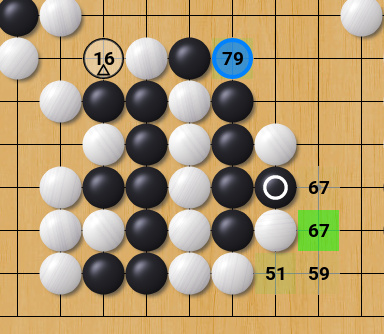 And the full AI review of the same move 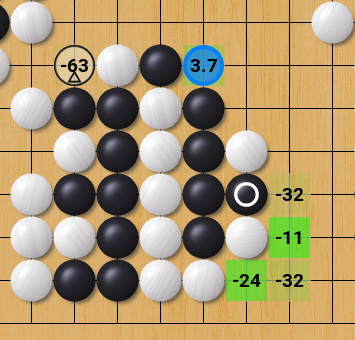 I was trying write some pseudo code but it was looking very messy so I’ll just try bullet points.

Problem: It draws later move numbers over earlier move numbers if the multiple moves of the sequence are at the same board position. Examples where this occurs are ko-fights, captures that are forced to be filled in by atari, or squeezes after a capture, throw ins etc. It can make it hard to follow the sequence because you can’t find move number 2, since it shows move 23 instead which was played at the same point later on.

Summary/Rules to implement, from the discussed cases below:

Points in the review by leela and what to do:

I have suggestion:
If opponent resigned but I was 99% behind, I need ability to annul this game. I don’t wish to get extra rank for no reason.

Just report the game, moderators will annul it for you. They will also investigate if the player who did that is sandbagging.

It’s important that you (and others) report such games. Not just for the accuracy of your own rating, but without reports it’s easy for such offenders to go unnoticed.
There is a big difference between doing something once and doing something 100 times and we need help from people like you to actually report when these things are occurring.

We’re more than happy to annul games when the clearly winning player has resigned.

You can just create automatic report of such games.
I don’t talk about sandbaggers.

Ideally would be cool if any game that ended in resign or timeout can be annuled by winner if winner has less than 50% by leela.

In blitz all you need to get dan is to never timeout. Just because most people are not fast enough. You will become airbagger and there is no way to stop it. Reporting every game is absurd. By playing very strange fuseki similar situation happens, people just resign.

If winner has 49% - who is winner is not clear anyway, so nothing changes if winner chooses to annul. If winner has 10% he should have right to EASILY annul this game - or rank will be disturbed. Report system is harder way therefore there will be more rank disturbances than in easy system.

Upon reflection, I can see that there is something to be said for this proposal.

However, no feature is “free”. Each thing that gets implemented means that something else did not.

We get very few requests from winners to annul their games, and yet it is EASY to do.

It is just a button click and type a two words “please annul”.

I think that if we got more of these, to the point where there was clear demand for this, then a feature might seem more justified?

Meanwhile, back on the original topic, the recent release of AI Analysis display appears to have knocked it out of the park - is that right?

It looks good aesthetically, and the results all make sense… I think?

So the stronger the strength, the more sophisticated the analysis. Giving that AI can not explain itself, and even explained, we might still not understand, is that possible that some of us are better off by choosing lower level strength AI on purpose?

I am a 3kyu and thinking to upgrade my support level. But before I do, I want to hear your opinion.

I doubt a weaker AI (of the same basic architecture) will play more intuitive moves. More likely it’s just worse at reading ladders and the like. I would guess a stronger AI can never harm. But in many cases it may not help either, because us mere humans (and especially kyus) don’t understand anyway.

When there is only one good local answer, the AI shows how bad the other local moves would have been. I can undertand the value of knowing that the move played indeed was “the only move” locally, but for me it seems bit distracting. Example 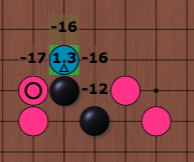 Handicap games are still looking awful, even when disabling the AI review, the board is still littered with 0’s. Not a real problem, just an aesthetic one. 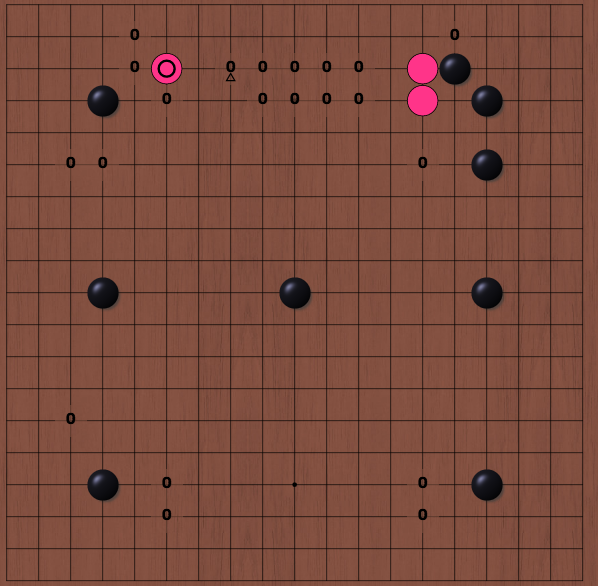 EDIT:
Also, could you automatically just show the territory when the last 2 moves have been passes? Without disabling the AI review, it’s littering the territories with nonsense 0’s. 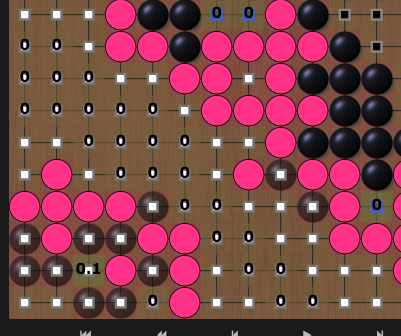 first of all, thx to the devs for this awesome feature!

all thats left for it to be a chickplayermagnet is for the analysis to work reliably.

it seems the analysis has indeed gotten better since the first implementation, but im not quite convinced yet. in some situations the output seems to be intuitively wrong.
for example, here i got a recommended move worth -16… 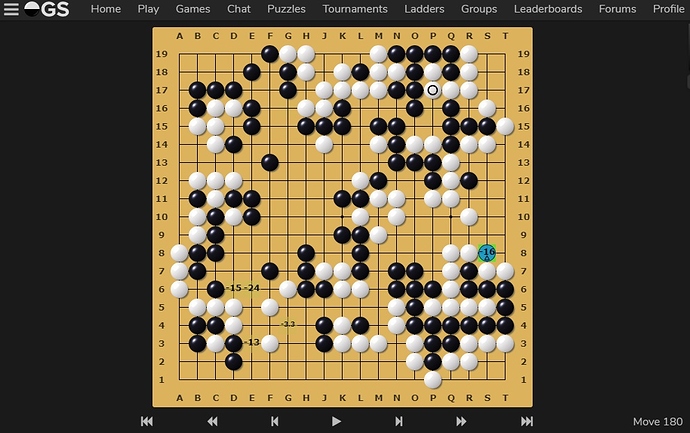 …just followed by a recommeded +17 move for white. the two moves would effectively turn the game if that were true. 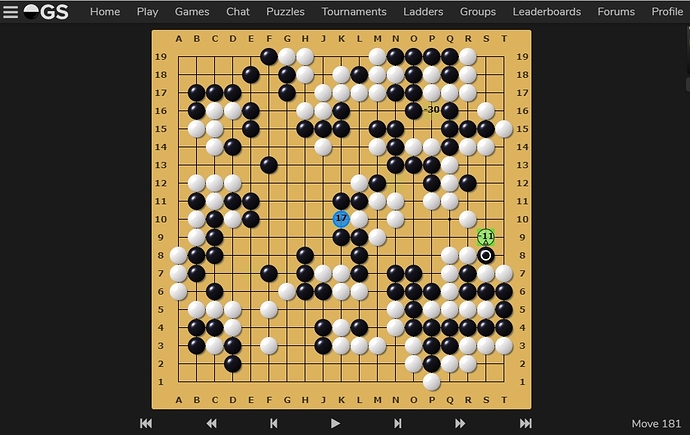 i tried the sequence on my machine and leela doesnt think anything special is going on here, no significant winrate changes.