I’ve noticed in most of my games the optimal move shown is “0” (meaning no score loss compared to the optimal move?), but if it’s also the move that was played then it has a non-zero number. Is this a bug, or is there a reason for it?

When the optimal move is not played: 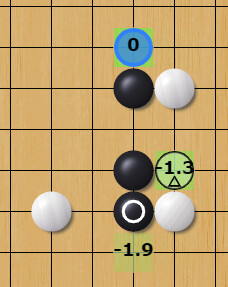 When the optimal move is played: 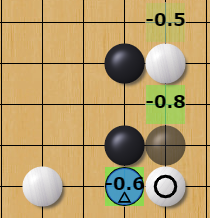 I’m curious what would happen if you put these games in the bots sans-OGS.

My theory is that the bot looks deeper into the move you actually played, and thus will show a different, more accurate number.

meaning no score loss compared to the optimal move?

I believe it’s winrate loss rather than score.

Sometimes best move it’s a little negative but usually negligible.
I’ve seen sometimes positive moves, but they seem to be glitches or something.

The best you can do with your moves is not wasting your potential.