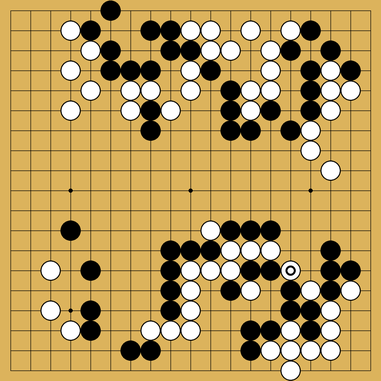 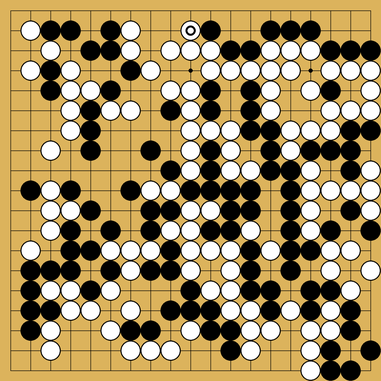 That’s odd. We’re looking into it.

Note: this seems to be an issue with the KataGo level II. I’ve run a level IV review to see how that compares.

Hi, I just uploaded a 9x9 game i played the other day to have it reviewed by KataGo. Since it happened on a real board, i had to replay it from memory in an SGF-editor (I used Sabaki). The analysis offered seems quite off however and i was wondering, why this is. Is it because its a 9x9 game or because of some other reason, for example that it’s not a “real” game file, but rather a replay? Greetings

Strange things happen at the one-two point at Sensei's Library

Sensei's Library, page: Strange things happen at the one-two point, keywords: Tactics, Proverb. SL is a large WikiWikiWeb about the game of Go (Baduk, Weiqi). It's a collaboration and community site. Everyone can add comments or edit pages.

Or Shin Jinseo who still has problems with his mouse.

Unless OGS’s frontend or backend has had a code change recently that could explain it (e.g. like the bug way back where OGS interpreted “pass” from AI analysis as a move on “pa” which is SGF file notation for move Q19), absent a recent code change another possibility may be a GPU or hardware failure? I know of in the past a user who overclocked their GPU to the point where the their GPU would just return arbitrary values back (but still not crashing outright), which would cause KataGo and likely any other GPU-heavy applications to return absurd results when using that GPU.

Searching all moves in lexicographic order from the upper left corner of the board is something like what the search might do if the GPU, for example, due to a hardware failure just always returned a value of exactly 0 for the policy and the value of every move for a bunch of the playouts, then the moves might just get explored by default in order from top left to bottom right.