I have created a free Android app where all games played by AlphaGo so far are captured in this consolidated user-friendly app. It is located on Play Store in this link: 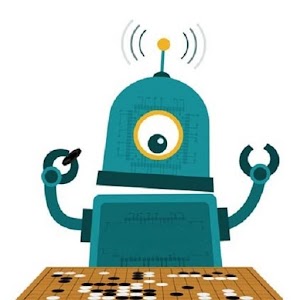 Go Artificial Intelligence is the one-stop app with the entire collection of all Go (Weiqi, Baduk) game records played by the strongest AI, AlphaGo.AlphaGo is a narrow AI, computer program developed by Alphabet Inc.'s Google DeepMind in London to play the board game Go. In October 2015, it became the first Computer Go program to beat a human professional Go player without handicaps on a full-sized 19×19 board.This app currently contains the following sets of AlphaGo matches:1) Match against Fan...

Can you please kindly check out this app and let me know if you can think of any suggestions and improvements? I wanted to make this as user friendly and interesting as possible, and I’m preparing this to be ready for the final AlphaGo games that will be played in April 2017 against world strongest Go player Ke Jie in slow game environment, as well as against groups of Go professionals playing in discussion mode.

Thanks for your support !

I would suggest making it more compatible across devices. I have the latest Lg (G5) and the play store says not compatible with all your devices. Maybe it’s just about the way it’s compiled.

Also, (based on the screenshots in the Play Store), I would suggest replacing the background with something less visually busy. Maybe a light wood texture?

Thanks for your response ! I was doing some trial-and-error when publishing the app and I do apologize for having it being incompatible to your new device in the first kick.

I have made some changes and have uploaded the update on app store. Can you kindly let me know if it works this time? You can email to contact me directly too - azakkchoi at gmail dot com.

It install, I will test it as soon as I can, thanks!

Neat idea but some complains: