AlphaGo VS Ke Jie this year

according to some websites, AlphaGo and Ke Jie might play this year. Any thoughts on that? 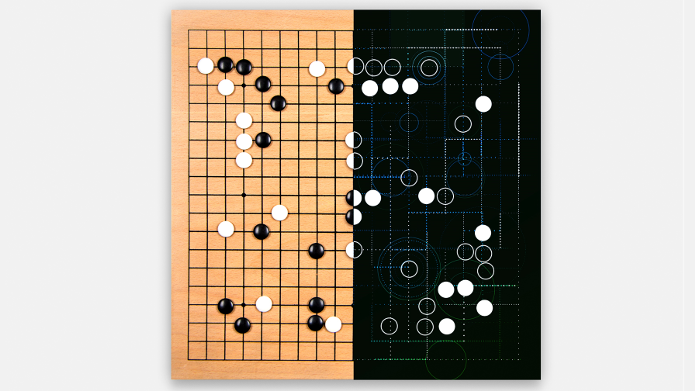 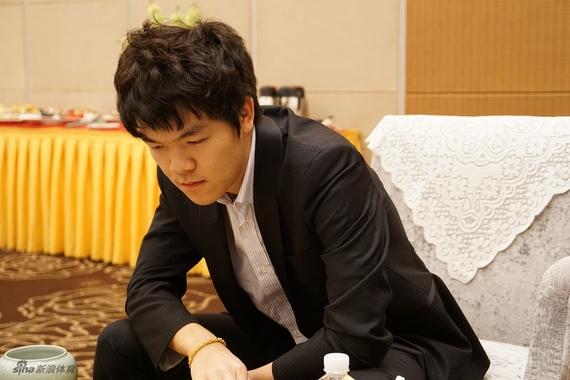 I think it was Demis Hassabis from DeepMind who stated in an interview that their next step for AlphaGo was to re-train it from scratch without a set of training games played by humans. That would make their computer discover Go strategy without any prejudice towards sequences and joseki given from the outside.

I think it would be great if they could build such a version to play against Ke Jie.

Not really (about it being great). The strength might be different and we won’t be able to compare whether Lee Sedol was off form during that time or his style was unsuited against it.

If Ke Jie performs better we will not know if its’s because of the AI change or Ke Jie’s strength.
Single variables are vital in research. Of course I wouldn’t complain if they had a 10 match game with both

Well, I think it will be really hard for Ke Jie. You can be sure that AlphaGo improves every day by watching pro games and playing against itself. Also, they will even have better hardware and the next gen CPUs and GPUs. Maybe they just add another 10k$ hardware just for fun. So time is running in favour of the machine and I think Ke Jie already mentioned that in 6 months (from march) he wont be able to beat it anymore. But I am really looking forward to the match!

KJ is a dumb kid.

If he beats AG because the software could not naturally discover strategies in the game, KJ will use it against LSD.

Luckily, KJ is a dumb kid and will lose.

Lol why the hate? I think he’s pretty cocky to proclaim that there was no way Alphago would beat him before quickly retracting his statement to saying he would have a 60% chance against it. Was it this proclamation or was there something else that he previously did that was so despicable to gain your ire or did he just really objectively do dumb things?

There is a reason every bay wanted to see LSD instead of KJ. Experience. Even LSD did a bit of trash talking before the series but he almost choked on humble pie which I can’t see KJ doing just yet in the event of losing to AG.

I want to thank everybody for allowing or tolerating my abbreviations. I use speech recognition software so it is easier to abbreviate name that I will use only seldomly than to train new words.

I personally do not care what the terms are from Deep Mind so long as they are clear about the purpose. I’m watching for the science and it would be tragic if KJ got excited for winning in a match where AG had to learn the entire game on its own.

But who knows what’s going on behind the scenes…

They are good at keeping secrets.

We learned about the October 2015 matches in January.

would be great if you have any reference on this, because i doubt he said that.

Hm, I can’t find that statement now, either. I probably misremembered, or someone else suggested it, based on their AI playing old Atari video games with only the pixels as input.

：）
Well , i think it s more a dream/rumor as anything else, and a huge step that i am far away to know if it’s possible or not and if it would then produce interesting results

if it would then produce interesting results

You might find this presentation interesting (see for example 17:00):

There were talks of an AlphaGo - Ke Jie match back in June, but the AI landscape has changed since then with more programs claiming pro level. For the record the current top player on KGS is a bot.

Ke Jie might end up playing Chinese AI rather than Alphago.

I’ve taken liberty to change the title of this thread from “News: …” to “Rumor: …”

(Was thinking about “rumour” for a second, since (aside of German, my native language) I learnt Indian English first, then British English and only later the US aberrant variant, but since OGS is in the USA …

#AlphaGo update: we’ve been hard at work improving AG, delighted to announce that more games will be played in early 2017! More details soon 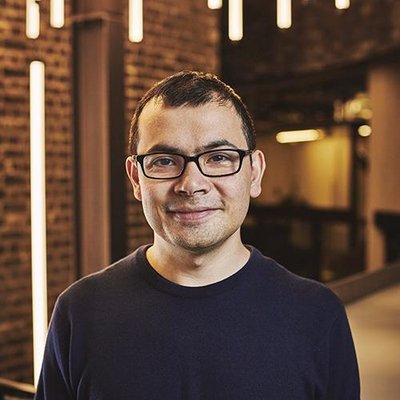 A couple articles on the internet are announcing that the AlphaGo - Ke Jie match will be held in Wuzhen, Zhejiang province, in April. I haven’t found any official confirmation though.

I’m eager to see an AlphaGo match against one or more top pros, using standard time controls. I suspect the amazing, overwhelming nature of its dominance (not the dominance itself) in the recent streak may be due to the short time controls that were used. However, I’m not sure Ke Jie is the best pro to carry the human battle flag, I thought several others did better against AlphaGo. But I may well be wrong, as I’m just a novice.

I think it would be kind of presumptious for us to be judging his play.

If this match is going to happen (and I bloody hope it will) I think there is no other option now than to pick the ruling champion :-). But just for an argument’s sake, who would be your pick to represent humanity?

Whoever single human will play, they are bound to lose, I say (take that with a grain of 10k salt

Of course Ke Jie is the best current pro; that’s a simple fact that is not in dispute. I agree, it would be presumptuous to judge his play in any absolute, technical sense. As I indicated, I am the last person in the world to judge anything technical about go. I am glad to have the opportunity to try to clarify my comment.

I am approaching this from a more general standpoint, based on sport psychology and my experience in competitive sport, as well as in a wide variety of card and board games. On another thread (or perhaps I saw it on another web site), someone mentioned the issue of playing style versus AlphaGo (AG). Now I can’t tell one go style from another, but I do understand the point, and I recognize it as a very important point. For example, there was a joke about Emanuel Lasker, which was that no one could understand how he won, because he always made “bad moves.” He had simply introduced psychological chess, using a style that befuddled his opponents. Or take Ron Clarke, who held all the track long-distance records in the 1960s,but never won Olympic gold. He was a very intimidating runner who ran from the front, but this is a style less suited to the stellar field of Olympic competition. Success itself often breeds success, as is well known. A person may also have a winning edge due to self-confidence and audacity. Do any of these factors play a role in Ke Jie’s success? I have no idea; I am merely raising them as a reminder of factors that can influence any human competition. These factors count for nothing against a nonhuman intelligence. Indeed, the tables are turned. The best person to play AG may be the one who is least intimidated by a nonhuman intelligence, or the person who is best able to step outside of the human box to understand and imitate the nonhuman. This may or may not be Ke Jie. I suggest this only as a possibility and as a general statement about competition, not about go in any technical sense.

To answer your question: as best as I can remember, #24 (Park Junghwan) and #40 (Meng Tailing) seemed very close, and there were others, too, but I need to play through them all again. As I originally admitted, this is just my untutored impression, quite possibly utterly wrong, (Even if I’m right that they played especially well, it may have been because they are good at speedy play.) If this seems presumptuous, then every spectating sports fan on the planet should shut up. Obviously they don’t, because people enjoy talking about their enthusiasm, and doing so may provoke substantive comment that is corrective and thereby enlightening. I welcome correction.