I found in my first topic a website which supports correspondence multiplayer(multicolor) go,
DipGo | Login. It saves us the trouble from playing in a thread. I think we can consider moving our games there, and more can participate.

The variant go server also exists for playing multi-color go and other variants.

However, I think a key difference of the diplomatic go games played on these forums, and some of the other variants, is the use of simultaneous moves.

Does the DipGo server support or plan to support simultaneous moves?

I don’t think it does, if you mean playing more than one stone in a move.

Yes, I mean everyone submitting a sealed move to the arbiter or server, and then the moves being resolved simultaneously. This also requires consideration about how to deal with collisions and contingencies.

I feel like that’s a key feature that heightens the intrigue and brings some more similarity with Diplomacy. How does chat work on that server? Are the private chat channels between each pair of players?

@Here_We_Go knows the best about dipgo, its his server afterall ^___^

It would be nice to have a server which is easily extendable with new variants. Because people in the forum here are always coming up with neat new variants.

Simultaneous moves are not that hard, if you consider it when developing the server, but it’s not that easy to add, if the server was built based on the assumption that player play moves in a certain sequence.

It would be nice to have a server which is easily extendable with new variants.

If anyone knows rust 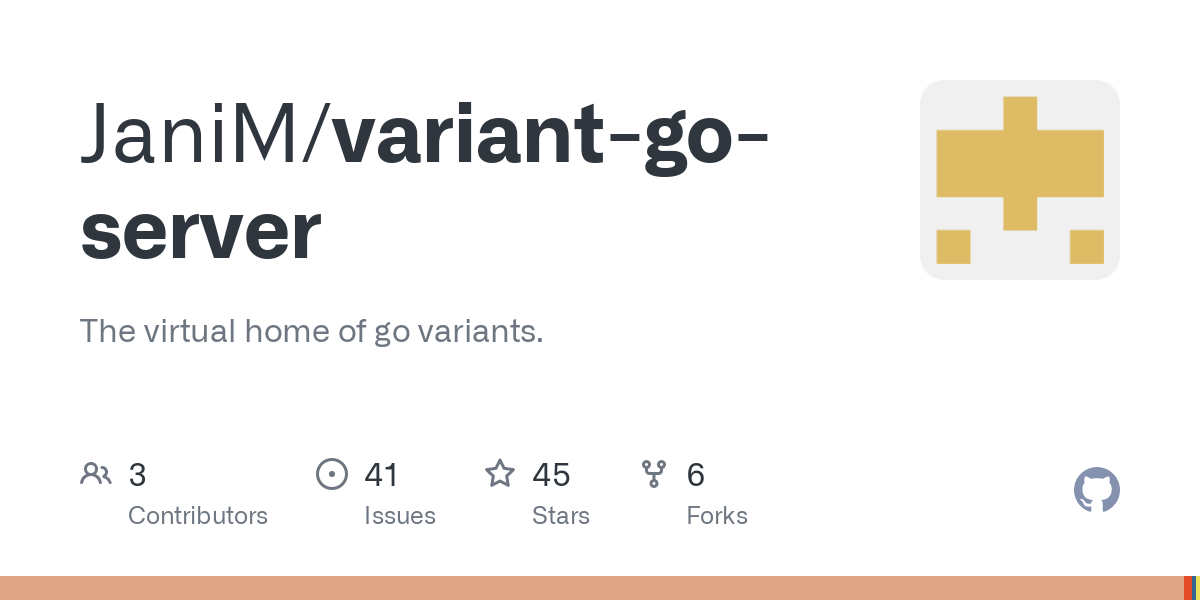 The virtual home of go variants. Contribute to JaniM/variant-go-server development by creating an account on GitHub.

An attempt to bring DipGo back to life

I don’t think it died… it just started haha

If anyone knows rust

Yes, it is in fact primarily set up for live games. There are no correspondence time settings, although one could play a correspondence game by setting no time limit and coming back to the game page regularly (but there is no “my ongoing games” page, or notification that it is your move).

Well, is it easy to add variations to Variant Go Server for people who know Rust?

What’s easy for one person might be very difficult for another.

I’m sure it’s easy to add variants - but more difficult to keep them all working together consistently.

Does the DipGo server support or plan to support simultaneous moves?

That was the original plan, but I found it too difficult and my understanding of conflict resoultion lacking (thank you for your post on the other thread to this end, highly informative and I now finally understand). Maybe one day.

I feel like that’s a key feature that heightens the intrigue and brings some more similarity with Diplomacy. How does chat work on that server? Are the private chat channels between each pair of players?

Yes, there is private chat on the game page. Teams can chat among themselves and also communicate with other teams.

Extending VGS is relatively easy yes. The issue is that the client currently can’t be built and requires a massive update to get working again. I haven’t had the energy (or frankly, interest) to get it to a working state.

4 Likes
Collective development of a server for variants