In my last game, I made a deep invasion into my opponent’s group, which was probably too risky to be justifiable in the context of the whole-board position, in which I was ahead. The byo-yomi periods were only five seconds, so I didn’t have much time to calculate. 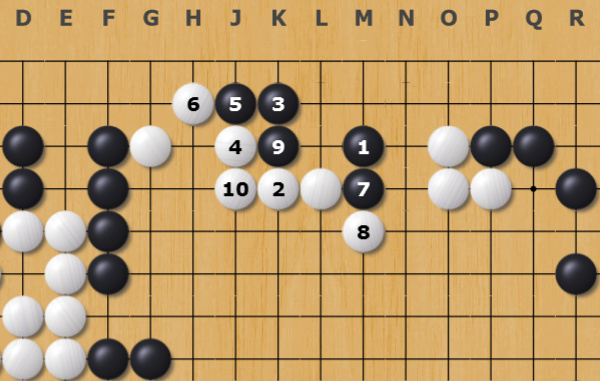 After (1) – (8), I exchanged (9) for (10) and my invading stones were eventually captured. Well, I checked out the game afterwards and looked at the winrate graph, and I was surprised that (9) had lost me 40% winrate and so was probably the main reason why White had been able to capture. Well, I did some digging on my own and uncovered an interesting variation. 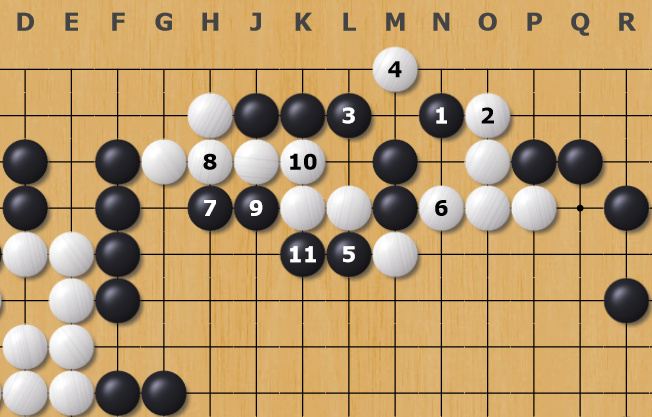 The final thing is to cover with (11), after which we enter a semeai. This is quite complex, but I think the best result for both players is a seki, which I’ll show you. 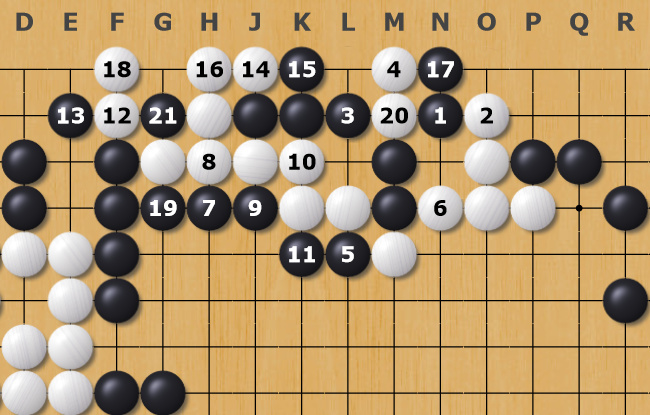 Without (19), the tesuji (20) would exploit Black’s damezumari to win the semeai. White must play (20) anyway, though, otherwise (21) will be too powerful – Black must also play it anyway, to prevent White atari’ing from inside. 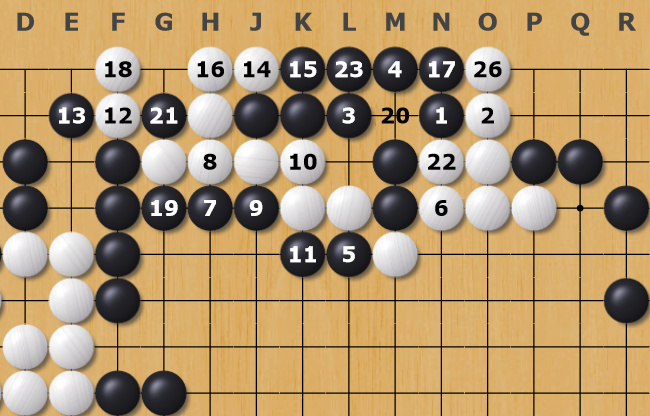 White can still atari from outside, however. He must also throw in again and then remove the final external liberty, to prevent Black from ever atari’ing on the inside. If White captures (21), Black will remove his external liberty and the seki will be perfect; but for now White can save this as a ko threat.

Black finishes with sente: although this is a local seki, in practice White has bad shape on the right side and is surrounded by hostile stones. He would have to work hard to live with this group. So, we can ask whether it would in fact be better for him to, for instance, allow the cut at (8) and try to improve his shape.