Another question regarding seki

could anyone tell me pls why this situation in the left isnt considered seki.
the game was vs. a bot (leela) with chinese rules 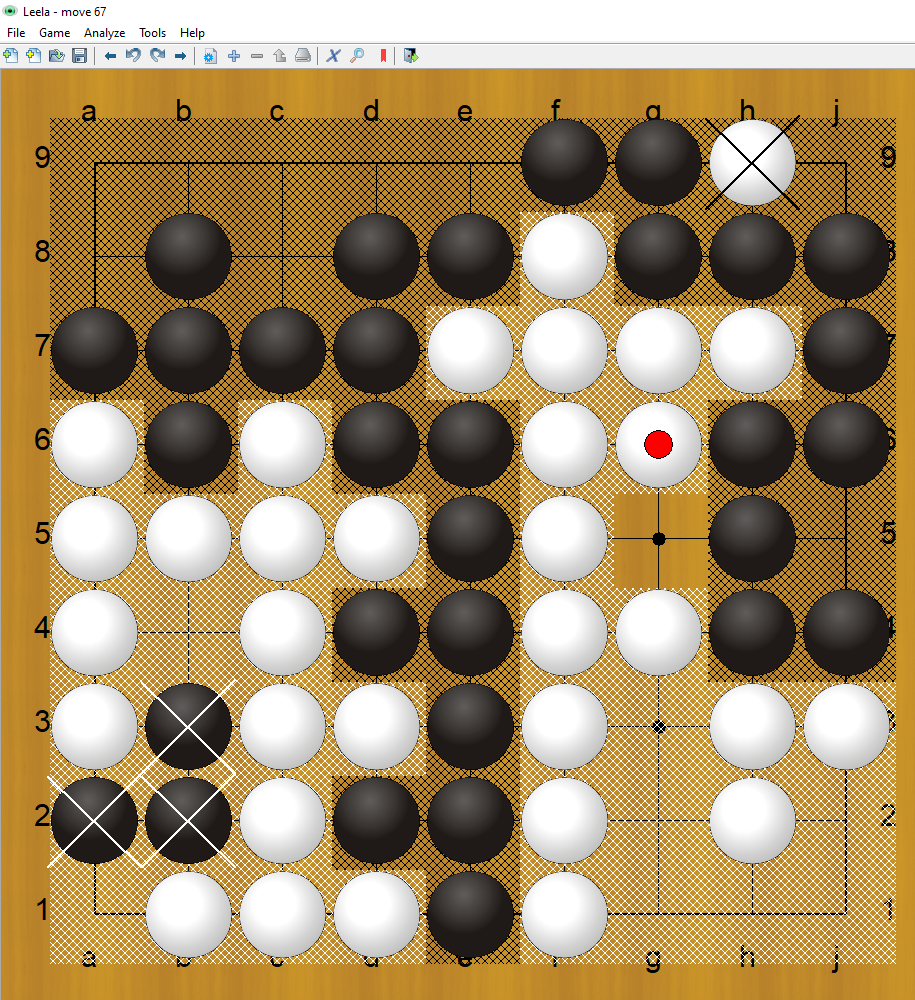 i would assume dat it is a " Seki with partly filled eye space" seen here: https://senseis.xmp.net/?Seki (early middle of the page)

I believe this is in fact a seki.

However, I cannot explain why your software does not recognize it as so.

Maybe because a bent four is considered by leela a live shape?

Well, to hopefully clear some things up.

The situation depicted above is a seki no matter the ruleset. If Black plays first, he gets captured and White will have enough space to create two eyes. If white plays first, she gets captured immediately. Thus, neither player can sucessfully attack the other and they have to agree to “truce”.

It is not a “bent 4” shape by any means. Unfortunately Bent 4 is a complicated position which is often misquoted, but in the above position there is no chance for either player to start a ko or anything. Whoever plays first loses the corner, no tricky business.

As to why the software does not mark it as a seki, the answer is simple. The software is wrong. Note that the picture taken is “Leela” and NOT “Leela Zero” (which is the modern superhuman bot). The original “Leela” (at least its “latest” - though still extremely old - version) is pretty “bad” (in the sense that it does not even approach dan levels) on 9x9. It is not to be relied upon for any complicated scoring.

If you would like to explore any of the positions deeper, let us know I (or someone else) will be happy to create a demo board displaying some of the more crucial variations.

With M12 black should be alive. I cannot find how white can get a seki here.

Yeah I think m12 leads to a bent 4 shape and black dies. I think maybe just connecting at L11?

Happy that this little problem, aimed at middle DDK I would say, get some attention.
I will later put the correct answer with variations, have fun!

And if you didn’t yet hear about it:
Bent four in the corner

the current state of the group is seki; a.) black moves first and white can make a living shape by making two eyes after he captured the black stones, or b.) if white moves first he puts himself into atari which leads to losing the group

ergo: its a seki, both players normally wont play there (unless a ko appears somewhere else on the board)

Some more about this seki:

A Curious Position In another thread, @S_Alexander offered an interesting position that occurred in one of their recent games. Spoiler: strategically speaking, this local position most likely would ultimately be a seki, unless it turns out to be useful to sacrifice as a potential ko threat. However, even without an ongoing ko fight, understanding why this is a seki involves some interesting considerations in regards to the rules. Clearly, any further move by Black would be self-atari, although…