Sounds kinda fun. I would have been into that if I were in my 20’s. But I’m in my early 40’s now and put a higher value on getting sleep and maintaining a sensible sleep rhythm.

I would be interested in doing a one-on-one or small-group marathon over 4-6 hours. But then that’s approaching what a regular day of tournament go is, right? I’m guess I’m just saying I’d play a regular day or weekend tournament, haha.

Isn’t that a small tournament?

I see you already caught that, my bad

Yeah, I realized it like a tournament as I was typing it out, but just slightly broader. A marathon could be a 1-on-1 series of games, or a personal solo challenge-- is that what you have tried?

I did something of a solo challenge of queuing games, didn’t last much longer than 6 hours on a dedicated attempt, partially because I would always start in the evening (cuz I have no brains), and partially because it started to feel monotonous rather quickly

But if you want a 1-on-1 4-6 hr experience, could do it like one of those Japanese titles and give both sides 3 hrs (assuming you can both use that kind of time), but tbh if you spread it across multiple games it’s basically a day at go club when only one other person shows up.

Of course, one day I might consider stocking up on energy drinks (and drink them for the first time in my life), setting up a system where I can banter with people, get some donations (maybe), and run a 24 hr stream

It could be like a day at a club where only one person shows up, but it begins with, “I challenge you to game after game for the whole club meeting time!” And then is presumably accepted. That’s in contrast to finishing a game, doing a little review and then when there’s a pause in the conversation someone says, “Another?”

To do a marathon, I’d seek agreement at the beginning!

I worry doing this would lead me to extreme burnout. I may not touch the board again for a prolonged time. I’m very careful to watch my burnout with Go. When I first started I was playing 15 to 30 live matches a day. After a couple months I spent a month doing 40 to 50 Correspondence games a day (playing throughout the entire day).

After a month of that I completely lost interest in Go. Another two months later I was back in the saddle, this time pacing myself. Whenever I would start to feel bored, I would walk away. Doing this insured that I kept practicing every day and kept a healthy interest in Go.

Having these forums is a big plus too. I’m able to keep my interest in Go strong and to explore the hobby in different and unexpected ways. It has been a real boon in my life during some tough times. So as fun as the idea of this sounds to me, and it very much does, I don’t think I have the guts to try it out. I’m too worried of hurting my relationship with a very healthy and rewarding pass time

I think my teacher David Mitchell might have the record 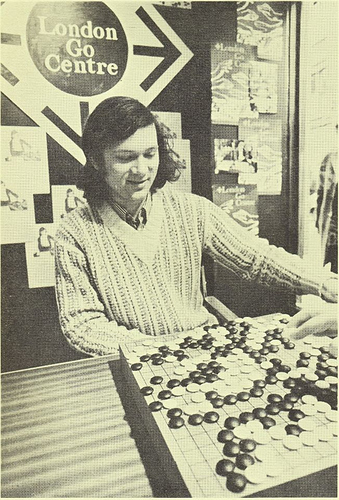 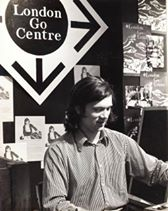 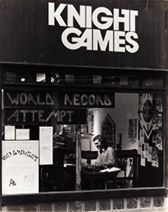 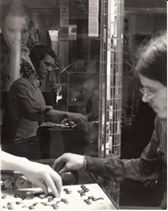 Is that akin to Blitz Go? I couldn’t find anything about it on SenseisLibrary. Truly an impressive record. Any idea what kind of breaks he took (bathroom, stretching, eating, etc…)?

No idea lol, I shall ask.

Yes, lightning Go is another name for Blitz. It’s a term the BGA uses to this day.

Any idea what kind of breaks he took (bathroom, stretching, eating, etc…)?

A long time ago but my recollection is an allowance of 3 minutes per hour which can be accumulated. Bathroom breaks and food was taken using that time. There was never any time to sleep. Sleep came later, in fact it took many hours for my brain to wind down enough so I could sleep.

I have a 16 hour run with 80 games against katabot, at the end of which I beat it at 5 stones and passed out (lost the first 79). So, maybe no 24-hour go marathon but I have a 16 hour non-stop defeat streak

Thank you so much for checking BHydden. David is a certifiable badass

And snakesss, that is extremely cool too. I hear these stories and want to make a try for it. I don’t know if I will… but the seed has been planted!!

Didn’t Clossius do a 24-hour Go stream recently? On the 16th of February?

I seem to remember something like this too, but wasn’t able to find it.

However this is what I did find.

The idea is to stream Go for multiple days or at least have the channel live for multiple days while mentioning Go. The goal is to increase Go awareness and activity in the Go community online. My first thought was a week but I think I will start small with 3 days. (I say small…) The setup will be in my room where I will have access to a bed and a bathroom. I will try to stay in my room and stream as much as possible, but I will have to leave the room and take a shower at some point. I will lik…

I dunno if they still run it, but there were the iron man tournament on KGS.

Edit:
Checked the KGS archives
Last was hold in 2017
In 2019, 2 mini Ironman were organized, one on 3 days only and the next on two days.

Remember we have an announcement history now