Are there any apps that can count territory by taking a picture?

Does anyone know of any apps that works by taking a picture (of a live game, presumably), and count stones and territory? it would have been a great help in live games.

You can also get Remi Coulom’s KifuSnap but apparently the pricing model is complete garbage.

A Chinese app does that. Free. But the registration is completely in Chinese and you need to send a picture of your ID or something. So I wouldn’t recommend it.

A Chinese app does that. Free. But the registration is completely in Chinese and you need to send a picture of your ID or something. So I wouldn’t recommend it.

i checked that one out. not only is it cumbersome to register, the AI is kind of stupid and won’t let you change the result (when it made a mistake), and worse, it only had a limited number of free usages before it either charge you or you have to play or something. I deleted it about 5 minutes after.

So this Go Scoring Camera there is no trial. You have to pay to download
edited: there is a trial. i will try that first
2nd edit: doesn’t work. can’t take a picture. can’t upload from gallery.
complete garbage.

https://play.google.com/store/apps/details?id=jp.co.unbalance.android.kifusnap
this Kifu Snap you can try first but instead of a one time payment it is a monthly subscription.

Kifu Snap is no good either. 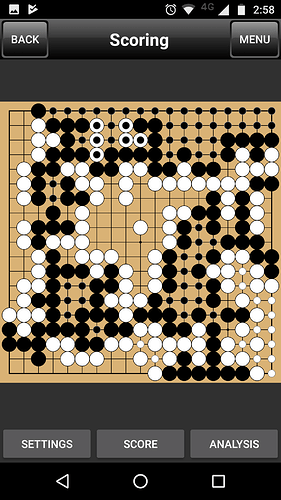 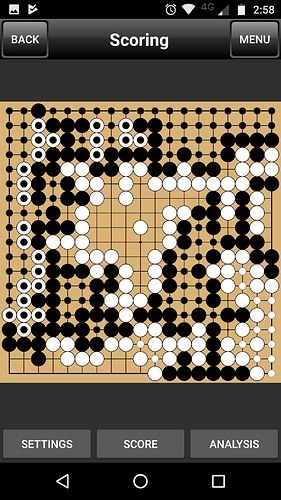 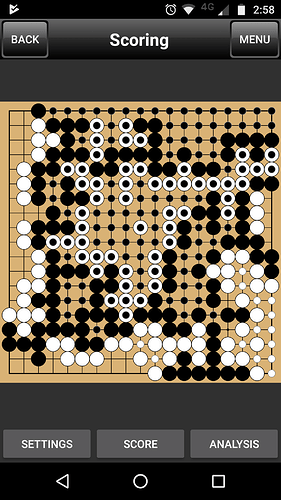 Just looking at the screenshots, it seems to me that the app was made for counting boards, i.e. when the game is finished.

You seem to expect it to give you an estimate of who’s ahead.
Does it advertise anywhere that it can do that?

Please understand that, while counting is hard enough, a mid-game estimate function would require the author to package a whole Go AI program with the app, a strong one, to accurately assess the situation.

So unless this functionality is specifically advertised by Kifu Snap or any other app, it’s unfair of you to call it “no good” just because it was never meant to cover your use case.

yes, if play until the very end the scoring gets much better. But there are still bits and pieces that it doesn’t recognize.

by “very end” i mean you have to capture the dead stones that the app do not recognize. As you can see the 2 black in top right is dead, but the app fails to recognize it, and most importantly, there is no way to mark only those 2 dead. Its either alive , or the ENTIRE black on the bottom right is dead.

But I guess you can manually remove it from the board so maybe the app is good after all.

Try closing the white territory border at T11, then it will work

Agree with Animiral. You didn’t close the borders. Removing dead stones is only a slight hassle considering the amount of seconds the app will save you afterwards. Yes, seconds, because I don’t take long to count manually anyways.

But yea, there’s only one use-case I can imagine. If your opponent is this guy: 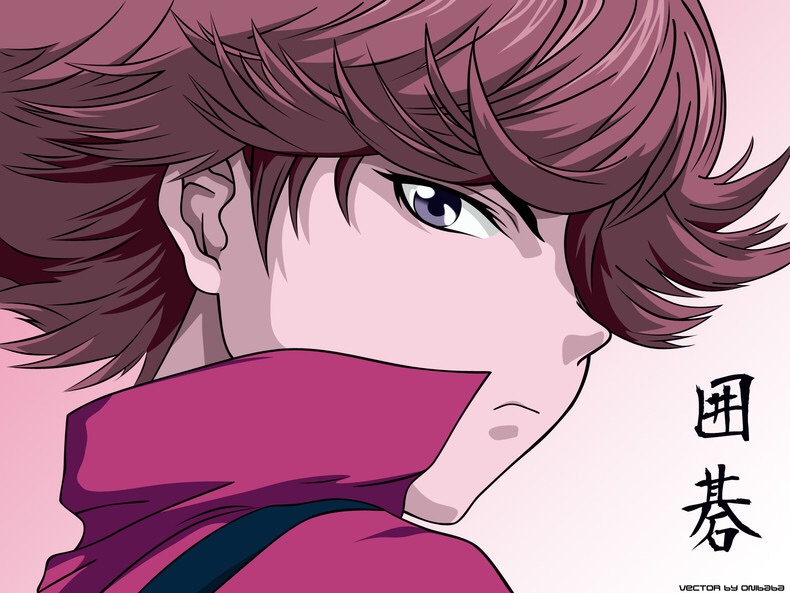 Crazy idea here, why not just count it yourself?

Designed to collect id and payment information so the AI doesn’t need to work very good.

What I’ve noticed is that many ddk don’t finish games here, they just assume the scoring algorithm “will figure out yose” or something.

Sorry for reviving an old thread (better than making a new one, right?), but I’m looking for something exactly like this.

Does anybody know any FREE app that can score a game from a picture?

What I found so far:

Any suggestions are appreciated. (on the other hand, if you are going to be cheeky and suggest counting manually, just don’t bother).

The Chinese social app yike weiqi is free and has a score from photo feature and is slowly getting some English translation in app, I can no longer find it in google play store but you can find it online if you are comfortable installing from outside the play store.

The Chinese social app yike weiqi is free and has a score from photo feature and is slowly getting some English translation in app, I can no longer find it in google play store but you can find it online if you are comfortable installing from outside the play store.

It doesn’t work to well either. Plus, I think it’s only free for a few games, then you have to pay or participate in the apps or something to continue to use.

As far as I know, all the apps mentioned above either doesn’t work or you have to pay or they want your credit card or …

if anyone know of some other apps, do share.

KifuSnap works with CrazyStone. As well as estimating the score it simulates many playouts, and can recommend the best move given the board position. It can be used to digitise board positions from screenshots, printed pages, gobans. I buy the subscription occasionally then cancel it immediately, that way I can use it for the remainder of the month without it becoming a recurrent payment.

Thanks for mentioning Kifu Snap. We are working on a new version. You can use our experimental code for free:
https://www.crazy-sensei.com/?lang=en&location=upload_new_image

This online version can score a finished game, or give a score estimate for an unfinished game.

Here is a demo video:

We are actively working on improving our recognition algorithm at the moment. So you can expect an improved version soon. And if you use this app with your photos, you can expect that the next version of the app will be more accurate at recognizing your goban.

I hope you’ll enjoy this tool. Feedback and questions are welcome.