it’s unthinkable for people to prioritize health over partying

That sounds quite bad.

I meant to write about the German situation here for a while, but never took the time to do it.

So, maybe you know, Germany was quite good at getting its numbers down - and no, that’s no fake, but there were really only few cases until one or two weeks ago.
Most restrictions were ended one after another, but you should know that many measures are still in place: it is mandatory to wear masks in all shops and in public transport etc. Restaurants and cafés are open, but distancing is required, and while you don’t sit (go to the restroom or whatever) you need to wear a mask. Pretty much every place has a “hygiene plan” - the requirements differ somewhat from country to country within Germany. Museums are mostly open, but they need to take care that not too many people at once are inside, many have solved this so that you need to buy an online ticket for a certain timeslot, and inside, masks are of course mandatory. In all kinds of places you visit, you need to leave your name and address. (But I should add that there was a small outbreak in Berlin recently where it turned out that many guests had given wrong names.)

In public transport, you sometimes see people who don’t wear a mask or just have it around their neck, but most seem to take it seriously. In Berlin, there are hefty fines for not wearing a mask in public transport, but that’s mostly theory… There are not enough controls. (same is btw true for some other things, like leaving your dog’s poop on the ground can get expensive in theory, but actually, nothing will happen)

In general, contact tracing is taken seriously and seems to work fine now - but I think it’s only possible as long as the number of cases is small. If cases should go up, the local health administrations won’t be up to that task anymore. There is an app that could help if enough people would use it, but most don’t, unfortunately, although, for a change, the German government did almost everything right with this app’s development, and there are no privacy problems.

There were several local outbreaks during the previous months, and each time, it either happened at a meat plant or within some Christian community.

(I think that gives us a good hint what we should focus on for the following months, but not sure if anything will happen. Okay, there is a new law that might change the situation of meat plant workers a little bit to the better… But that’s it.)

At the moment, many Germans are on vacation pretty much like normal, many even outside of Germany, and despite all the hygiene plans, the number of cases is rising again. However, it seems this is only partly due to the holidays, and partly because many people are just tired of being careful while the cases are low. Don’t know, maybe it would help if our media would report more about the situation in other countries to make clear that it could get worse any moment. But I have to admit, it feels great to have more freedom again, especially as I’m aware that we’ll certainly lose this freedom again in autumn and winter.

We are pretty small, and used to have maybe 20 cases after quarantine, even less sometimes. It keeps rising rapidly after we opened up for summer, it doesn’t seem good.

that many guests had given wrong names

Is the Subway Risky? It May Be Safer Than You Think

New studies in Europe and Asia suggest that riding public transportation is not a major source of transmission for the coronavirus.

This topic came up repeatedly between me and my husband. We talked about our assumptions regarding the risk of infection in public transport, but never came to any solid conclusions, because there’s just so much that we can’t know for sure. I mean, except that of course everyone should wear a mask in the bus/subway/tram/whatever else. That should be a no-brainer by now. But still, I see people who have their nose hang out or who take their mask off to talk on the phone…

I mean, except that of course everyone should wear a mask in the bus/subway/tram/whatever else. That should be a no-brainer by now.

Could you tell my government, please?

Actually that’s a bit unfair, masks are mandatory in public transport. But that’s the only thing where they’re mandatory, or even advised, over here…

I am concerned with throwing millions into poverty, mental health, suicide, depression, other illnesses being untreated fear-mongering, government incompetence, and loss of civil liberties.

Maybe besides other reasons for concerns, yes, we could lose civil liberties.
Throughout history, pandemics have led to an expansion of the power of the state: at times when people fear death, they go along with measures that they believe, rightly or wrongly, will save them—even if that means a loss of freedom. And it’s just a step to authoritarian nationalist, one-party state. It could be the worst scenario. Some of us have lived at such times.

Or maybe the coronavirus will inspire a new sense of global solidarity. Maybe we will renew and modernize our institutions. Maybe international cooperation will expand after the entire world has had the same set of experiences at the same time: lockdown, quarantine, fear of infection, fear of death, and more other fears. Maybe scientists around the world will find new ways to collaborate, above and beyond politics.

Maybe we can relook at it in a year, and we will see who was right.

"Dave did everything he was supposed to do, but you did not. Shame on all of you, and may Karma find you all!"

We also had 121 new cases yesterday. Why is it so hard for people to wear masks, wash their hands and not pile on another like herds of sheep?

Don’t toddlers learn easily enough to wear recommended clothing,basic hygiene and not cling to everyone?

Don’t toddlers learn easily enough to wear recommended clothing,basic hygiene and not cling to everyone?

They don’t. Some until very late age.

OK, then I can categorize those adults as “late age toddlers”, because worthy of the “adult” tag they are not.

People are idiots, that’s how we work. We do wiring without turning off power, welding without mask, drink and drive, pollute the environment, eat unhealthy, screw around with dangerous animals, build nuclear bombs and so on and so on.

What I’m saying is there should be no surprise here.

Why is it so hard for people to wear masks

everyone wears mask in Japan, but

62 percent of people in the nation who developed cold-like symptoms went to work despite a request by the government for them not to do so, a recent survey has found.
17 percent said they either stayed home or only went out to go to the hospital.
Of the 82 who showed cold-like symptoms, 71 percent said they had gone out to buy groceries and 21 percent dined out, while 6 percent said they went out for recreation and another 6 percent attended events.
Respondents were able to choose multiple answers. It is unknown whether any of them were infected with the novel coronavirus. 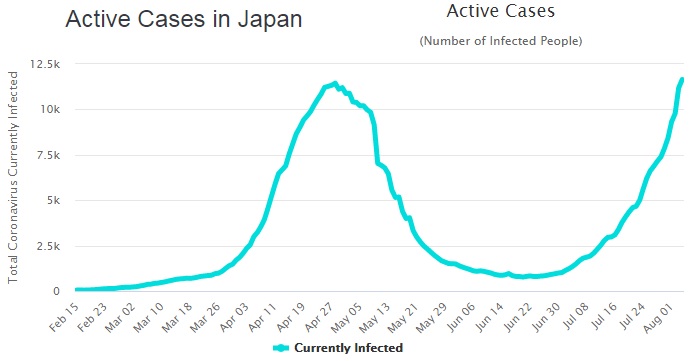 All around the world, people and countries have made mistakes in how they handled this pandemic. However, I think America completely trumps the rest, in terms of how stupidly we’ve acted during this crisis.

However, I think America completely trumps the rest, in terms of how stupidly we’ve acted during this crisis.

One very interesting response I saw in one of the “masks take away our liberty and speech” posts that happen here as well was someone pointing out “as if you lot were speaking to one another before the pandemic anyway. Everyone was focusing their eyes to their phones and social media”. What was actually said cannot really be translated (and that is for the best

), but that comes close and I think that it really is a fair point on that matter.

Maybe a lot of people want to fight for the freedom to ignore others and not talk to them?

in terms of how stupidly we’ve acted during this crisis.

Well what did you expect from a president, whose main campaign slogan was: America first.

New infections are rising pretty much across Europe. And I hear lots of politicians saying that another lockdown is entirely out of the question. While I indeed would very much welcome if new lockdowns can be avoided, I’d still somewhat prefer if they discussed a bit more about what measures can and will be taken.

To me it seems many people (including some being in power) act as if it’s over, some even while saying we shouldn’t believe it’s over. 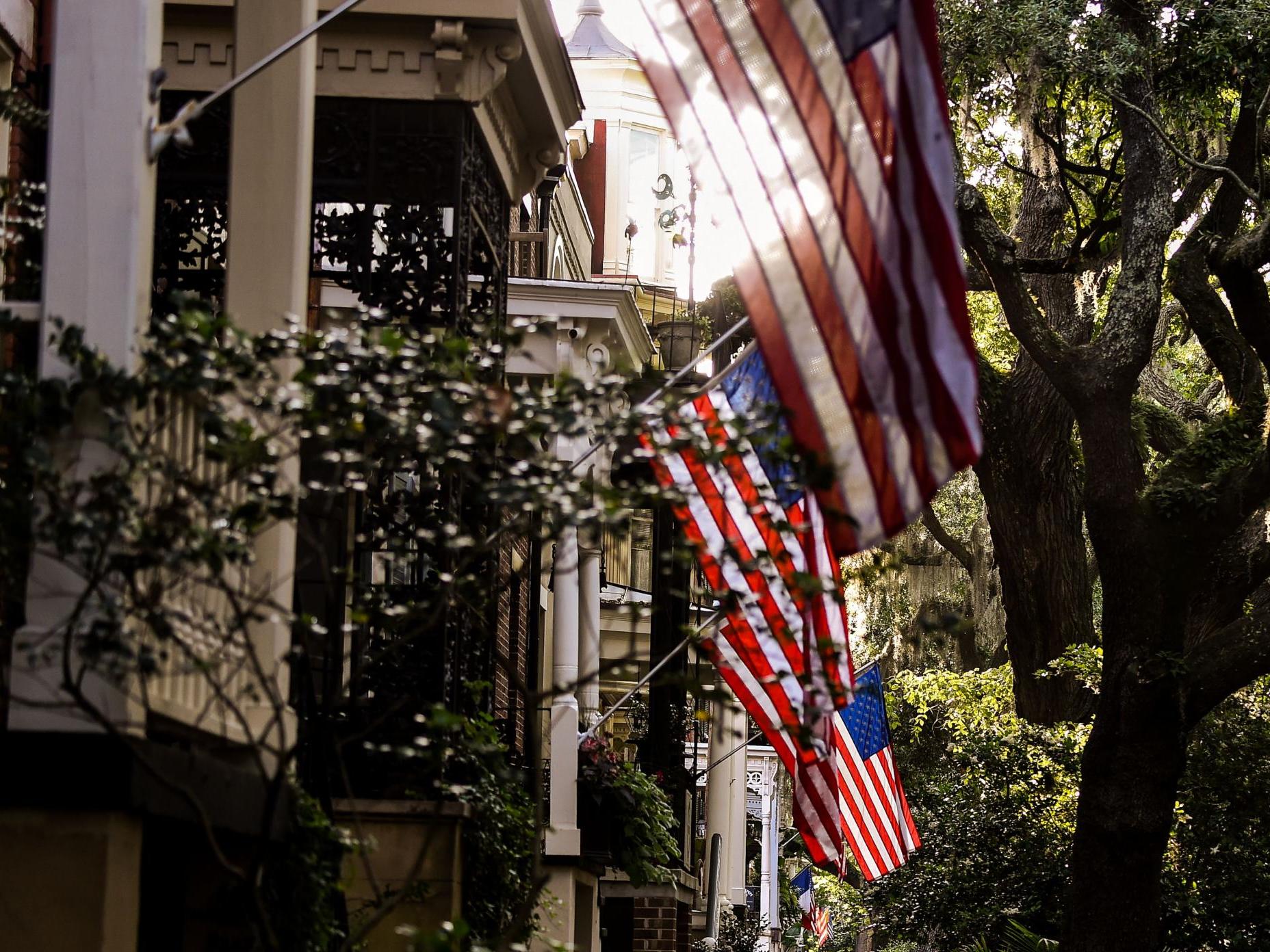 ‘This is a disease everyone should take seriously,’ says director of the Coastal Health Department

This is very sad. Heartbreaking…