Banned for a joke

I was thinking about donating but someone banned me from chat for a absolutely innocent joke.
Now, I am not sure I do want to support this site.
Is this freakish need for absolute control considered normal in this “community”?
If yes, then why?

Well hard to judge without hearing the joke

But it is weird in the least, are you sure about what happened? Usually people get a warning before being banned… Neveretheless the reason is to keep this place pleasant and friendly for everyone.

Is this freakish need for absolute control considered normal in this “community”?

Be at peace. Yoga cat is here to save. 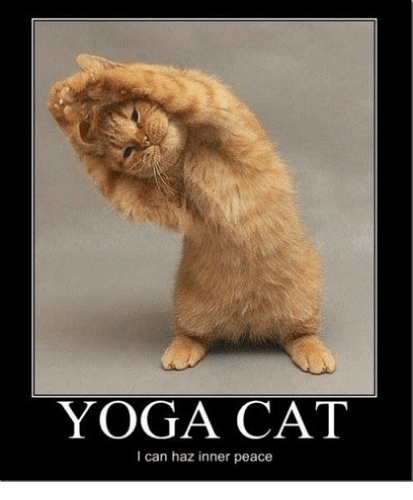 Note that each user (esp. if he felt offended) can block you from sending him/her chat and messages. That has nothing to do with OGS staff and is a user’s decision. But you should be able to chat in all your other games of course.

Looks like you were chatbanned. I’ll go ahead and lift it because you don’t have a history of chat abuse.

As for why, it’s about preserving the friendly environment. OGS’ slogan is “the best place to play go online!” The mods take that very seriously and occasionally chatban users who violate the Terms of Service by posting “unlawful, harmful, threatening, abusive, defamatory, offensive, vulgar, obscene, libelous, hateful, or otherwise objectionable” chats. If you keep these guidelines in mind, you probably won’t have this kind of issue again.

I was thinking about donating

It seems that you are offended by the ban. I suppose that you are insincere about donations. You just want to attract more attention of other people to your insignificant offense.

I’m glad that OP was unbanned. Still, I find the response concerning.
Because everything is offensive, moderation based on this clause is arbitrary.

It would be prudent that you moderators would therefore establish some common-ground guidelines for yourselves on dealing with this type of issue, ideally with references and examples of cases and appropriate resolutions.

If there were such guidelines, I think it would be reasonable to include some statements like the following:

I am not a moderator, so I don’t have any say in introducing such guidelines. But I’m sure it would help to preserve the friendly environment on OGS.

@DarkSpirit: what good will it do to question the sincerity of OP without knowing the circumstances? That’s a pretty harmful, abusive, defamatory, offensive, libelous, hateful and objectionable thing to say!

what good will it do to question the sincerity of OP without knowing the circumstances? That’s a pretty harmful, abusive, defamatory, offensive, libelous, hateful and objectionable thing to say!

@Animiral: By no means. This is just my guess.

We have some guidelines written in the readme.


The guidelines do advise us to warn first. The reason we didn’t in this case was the chat in question triggered the zero tolerance policy. That’s what it came down to.
3 Likes
Animiral October 3, 2017, 9:44pm #10

Thank you very much for posting the links!

One may disagree on the policy, but the most important thing is that it is explicitly stated and specific. It is more or less specific

Don’t worry about the ban to much… quite a few of my friends has been banned before when they troll too hard. You’re lucky that mark banned you, if you’re unlucky and got banned by a stricter mod, then you might have to write several apology letters…

I’m not sure I should continue this discussion, but the vagueness here is troublesome. I was observing the chat, though not participating, when this happened. Mark is not the one who banned MingiNimi. It was either Revar or sousys, I can’t remember which. The cause was a seemingly antisemitic comment in passing—not severely aggressive, but definitely offensive in my opinion.

Yeah I don’t remember the exact phrase use but it was about jews and Sousys was the one to throw down the hammer.

Thanks for the confirmation and the clarification.

I am sorry, but that makes no sense whatsoever in the given context.

You got your explanation. I understand you probably didn’t mean it, but antisemitism is hardly a place to look for a tastefull joke. Obviously not everyone shares the same sense of humour, but there are some jokes that just are not well suited for a random person on the internet. Esp. if anyone can be watching. When you think about it, you might realize it can be quite a hurtfull topic for some…

I for one am quite happy that such silly remarks are not tolerated here. Go really does not seem like a good place for such a humour.

but sure, 1984 reloaded, the OGS tyranny sounds like a catchy title

Critizize implies constructive feedback and is in no way related to racial slurs.

Implying that Jewish people rule over you / us because you aren’t allowed to make antisemitic “jokes” or “criticisms” is – shocker – antisemitic.

racial slur? What race is that you talk about?

over me? I made a joke, someone else freaked out.