I’m not sure about the counting system, but recently I played this game 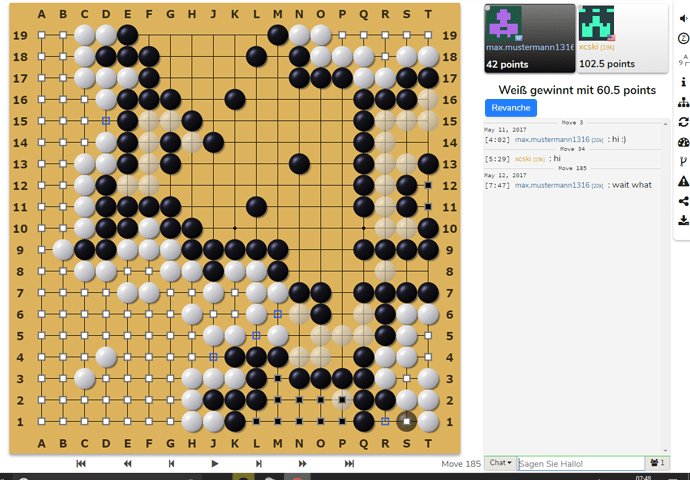 now I was wondering: I’m playing black, why the hell is none of the centre counting for me? If I click on point estimate, the computer clearly counts the middle as my territory and gives me a ~40 Pts lead. But why not after the game ended?
Really appreciating help fpr this one!

Edit: the system is counting dead groups, so practically there should be a good borderline around my territory

During counting phase you can assist the computer to correctly recognize dead groups and territory by clicking on them. Note that both players can do so simultaneously. Should this not work out, you should resume playing instead of accepting the wrong score.

The board isn’t completely done yet. You need to shore up the wall around p6. Also, the white stones there shouldn’t be counted as dead either, but I see how that conflates the issue. Because that border isn’t secure, those points don’t technically count. Score estimator counts them because it expects that you will solidify that position.

I’m sure you’ll note that D15 was also left open yet the computer counted these points. That’s likely because it’s a much simpler position, and the computer does try to figure things out as best it can.

In short, this game was not over yet, so scoring is tricky at best.

Knowing when a game is ‘over’ is one of the harder parts of go, especially on the full-size board. Always look to make sure everything is completely surrounded before passing. A lot of people starting out see this as a tedium, but it’s part of the game (and can win or lose closer games too.) If it seems not worth it, one player should probably be considering resigning anyway. Counter to most western cultural norms, resignation in go is a very common end to the game well before counting.

Allright, thanks a lot for the quick answers! I’ll be more careful in the future.