I’d like to have a discussion about time-settings for casual rengo with many players.

See this topic for an explanation of “casual rengo” on OGS, as opposed to strict rengo:

How does Rengo work at OGS? Support

If you know anything about Rengo, please edit this post to improve our documentation. The content here will get transferred to the actual documentation pages at some point. Rengo 1.1. Definition OGS Rengo is a Go variant for playing in teams. These teams can consist of a (gender balanced) pair of a male and a female player, but that is not obligatory. The teams can also be larger than two players. (At the moment it seems that there is no limit to the maximum number of participants.) In …

I’m currently playing several casual rengo games with many players per team. Sometimes more than 100 players per team. In all of those games, the time-setting is 12h per move. This results in many player being eliminated due to time-out. I wonder if the game would actually proceed faster if we were playing with 24h per move rather than 12h per move. As it currently stands, several players are eliminated each turn, so each turn easily takes several times 12h. I think a lot fewer players would be eliminated if we had a more forgiving time setting, and so the game would actually run faster.

What do you think? What has been your experience with different time settings?

Most of the games I open have 12 hours, but sometimes I put longer settings. My impression (which could be wrong of course) is that increasing the time does not decrease the number of timeouts so it is better to eliminate players who do not play as soon as possible.
Putting 4 weeks means having to wait 4 weeks to eliminate a player who doesn’t play.

My impression (which could be wrong of course) is that increasing the time does not decrease the number of timeouts so it is better to eliminate players who do not play as soon as possible.

Do you know if there would be an easy way to access data from rengo games so I can build statistics of the timeout frequency?

In my experience, big games have a lot of timeouts anyway.

After waiting a bit for some players to resign or time out, the remaining players tend to play much faster, so overall the game moves faster.

As @_Sofiam said, longer times will mean having to wait longer for the inevitable resignations/ timeouts, and still get a slower game.

Do you know if there would be an easy way to access data from rengo games so I can build statistics of the timeout frequency?

Katrin Khabarovsk vs. malcp167 look at this game (linked by @Gia in another thread) or dsadasdasdasd (1 day)

Massive numbers of timeouts occur in casual correspondence rengo regardless of team size or time controls. It is primarily due, in my opinion, to rude players who know they can get away with it or who are careless about keeping up with their games (which may be too many for them to handle). I’m in a game now that started with 5 per team, and we have had 4 timeouts (2 per team) after just 37 moves. The time control is 5 days simple with weekend pause, which means the game has been delayed a month! Large teams are especially problematic (and magnificent targets for a troll). The best thing would be to reduce the time for large teams. Maybe make it 2 hours simple time. If people want to play, they will have to pay attention to when their move is approaching.

Full disclosure: I don’t play on large teams because of this very problem.

Admittedly, it is not my style of correspondence, and I would never play that fast, but anything over an hour is correspondence on OGS. Also, if there are, say, 100 people in the game, a person is likely to play only a few moves anyway.

You do realize that it is absurd to suggest that, in order to play a large rengo, we must stay glued on OGS with no sleep, work or regard for timezones.

It is very realistic for some people to play their move within 1 minute and time out everyone else who happens to be, I don’t know, sleeping.
If this isn’t prime trolling material I don’t know what is.

I could understand suggesting 2h/move as a fun variable for hardcore players, but as a serious suggestion

to pay attention to when their move is approaching

I did say “maybe,” and I suppose the reductio ad absurdum was a bad idea since it seems to have distracted from the point of the post, rather than illustrating the time saving with a shorter control.

If this isn’t prime trolling material I don’t know what is.

How about joining a a game with 30 alt accounts and timing them all out?

If this isn’t prime trolling material I don’t know what is.

How about joining a a game with 30 alt accounts and timing them all out?

Two things can be true at the same time.

I was hoping to have a genuine discussion about time-settings for casual rengo. Please don’t bury the thread under a pile of trolling.

It is primarily due, in my opinion, to rude players who know they can get away with it

I think it is reasonable to expect players to feel lesser guilt and lesser “duty to keep up” for casual rengo than for strict rengo. In strict rengo, if you’re late, then you have to apologise to your whole team. In casual rengo, if you’re late, you pay for it by being eliminated. There are multiple psychology experiments showing that people tend not to feel any guilt when there is a punishment. For instance, attempts to fine parents who are late to pick their kids at daycare typically result in more parents being late, being they feel like they’re allowed to “pay to be late” and thus being late is no longer an offense, it’s just something you can pay for.

I can’t download the SGF from my ongoing rengo games, and I don’t think I have any finished rengo game in my history. Has someone been able to successfully download a rengo game? Does the sgf contain the relevant information I’d need to compile statistics? Such as time per move and timeouts?

My point was that lots of timeouts also occur in small team games with plenty of time available, so I see no evidence that it is related to the time control.

You can download any sgf of a finished rengo, try this one for instance. 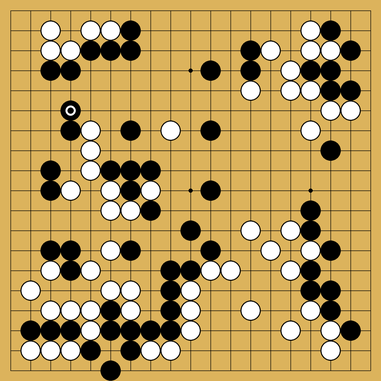 THEY SAID IT COULDNT BE DONE

Thanks. It looks like it is easy to see the timeouts in the sgf file, since they appear as system: 'player' left: Timed out in the chat (inbetween the moves). So it shouldn’t be too hard to make statistics about the timeouts. The sgf doesn’t provide the original list of players, which is a bit annoying, but can be worked around.