Brains are funny, a language discussion

in some other countiries its still “Pekin”

One thing I like to mention to play with people’s brains is the ambiguity of the letter “j” in indo-european languages. You won’t be able to unsee this one now. Some IE languages treat it as a palatal approximant /j/ while some treat it as a fricative sound, for example in english /dʒ/. Through that, for example, “japan” (/dʒə’pan/) becomes something like “yapan” (/'japən/ as in serbian) in half of the IE languages.

Another favourite topic of mine is the etymology of toponymic words in relation to the native words. A funny thing I can mention here would be the way slavic languages treat the root “rus” (/rus/) and “ros” (/ros/). Nowadays we have russia which call itself “rossiya” (/rɐ’sʲiɪə/ this is still the root /ros/ just with the applied reductions to a non-stressed syllabe). As such, the current root “ros” is related to russia. However the word and the root “rus” come from way before russia and was also used by various other nations throughout history. That said since the kievan rus’ (/rusʲ/, the apostrophe here represents the palatalisation of the preceding consonant) “developed” into the russian empire, russians call themselves “russkiy” (/‘ruskʲɪɪ̯/, demonym “russian”) and their language the same. However the conjugation of the root “ros” is different from “rus”, namely in russian if you want to call something “of Russia” (e.g. made in russia, originating from russia) you’d say “rossiyskiy” and not “russkiy”. Other slavic languages also have this confusion where in some words they use “ros” indicating the origin as being russia or the russian empire, while in other words using “rus” hinting more towards the meta nation "rus’ people". To make another example, polish uses “rosyjski” for pretty much everything you call “russian” in english, but it says “ruskie” about some food, for instance “pierogi ruskie”, indicating that it has been around since before the “ros” came around.

Being a box of trivia I also feel the need to add that what poles call “russian pierogi” aren’t from russia and it’s not the food that is called “pierogi” in russia itself. Polish pierogi are much more in line with what’s called “varyeniki” in russia and ukraine, and it’s considered a ukranian dish in russia. The etymology here goes back to the root “pier” (/pʲir/) and it still exists in all slavic languages with the meaning “feast”, so basically the western slavs feasted on dumplings while the eastern slavs feasted on pies.

in some other countiries its still “Pekin”

Well country names, towns and areas usually are totally differently spelled in various countries. E.g. I do not think that there are many capitals in the world which is pronounced in Greek, as the locals pronounce it.
Pekin/Beijing is “Pekino”
Berlin is “Verolino”
Rome is “Romi”
Paris is “Parisi”
New York is “Nea Iorki”
etc…

I think notable exceptions are towns where the words are full of hard unalterable K/LM/N and R/T/S sounds so they are not keen on any alternations like Cork and Belfast and Monaco and Oslo, but there remains the question of tonality of the letters and when you put emphasis to.
E.g. Do the French say MOnaco or MonacO? I do not know. Most Greeks say the second one which is probably wrong.

So, if we forward this to include other languages there will barely be any correct pronounciations.

E.g. Do the French say MOnaco or MonacO? I do not know. Most Greeks say the second one which is probably wrong.

The Dutch and the German say moNAco

How do you pronounce Mexico?

Do the French say MOnaco or MonacO?

They say Monaco (no stress on any syllable).

the letter “j” in indo-european languages. You won’t be able to unsee this one now. Some IE languages treat it as a palatal approximant /j/ while some treat it as a fricative sound, for example in english /dʒ/.

Obviously, /j/ is the proper pronunciation (isn’t English the only language where “j” is pronounced as /dʒ/?). The letter “j” derives from “i” in Latin, where “ivlivs” (as in Julius Caesar) would be pronounced as “yooleeoos/eeooleeoos”.

In Italian it’s “Messico” (/'mɛssiko/). I don’t remember if I’ve ever pronounced it in any other language but I think I would have used the wrong Italian pronunciation or the English pronunciation. Maybe the Spanish one only if I just heard it from a Spanish speaker

Obviously, /j/ is the proper pronunciation (isn’t English the only language where “j” is pronounced as /dʒ/?)

I don’t think one can really speak of the “proper” pronunciation.

isn’t English the only language where “j” is pronounced as /dʒ/?

Nope. Hindi, scots, and then some romance languages pronounce it as /ʒ/ such as french, catalan, romanian, portugese. There’s probably more that I can’t name without googling.

Not an IE language though. But yes it’s common in the asian region too.

Not an IE language though.

It’s not really necessary, right? If we only look at languages that descend from or have a strong influence of the origin language of the letter J (which is Latin), then Scots and Hindi don’t count either.

I was just making a point for IE languages specifically because it’s a fairly tight knit category aside from farsi and hindi.

For countries outside Europe using a version of the Latin alphabet, I suppose it matters from which European country the alphabet phonetization was inherited (/j/,/ʒ/,/dʒ/,/χ/).

Some non-IE languages use the German phonetization (maybe because they have a similar repertoire of vowels), but it makes sense that something similar to the English phonetization is much more common around the world, because of the global dominance of English in recent centuries.

The Dutch and the German say moNAco

Oh, wow. It is surprizingly hard for me to say that considering that only the other two alternatives are used here.
Now that you mention it we usually pronounce MonakO for Monaco and MOnaho for Munich.

They say Monaco (no stress on any syllable).

That’s almost impossible for me to say

By the way, I just remembered a great area of mispronounciation: Car brands!

Here is 20 seconds of Clarkson magic on that: 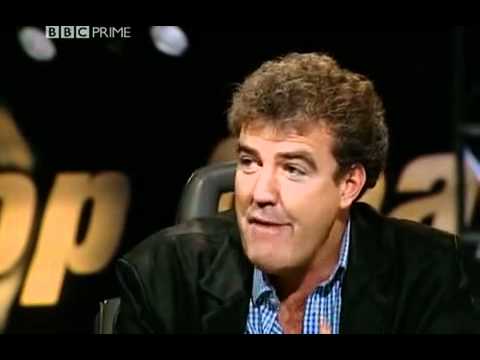 I am amazed that the local pronounciation of BMW is actually very accurate ( we call them MpemVe ), though I am willing to bet that very few countries pronounce Hyundai correctly.

Pronunciation of J in “Japan” (once translated in various languages):

Another weird thing about j, in russian there’s a ton of different transliteration systems, but even they are inconsistent in how to transliterate these two sounds (see pic)

However there are no established and widely taught transliteration systems, for example like there is in china and japan (and maybe korea too?), so the general population when communicating in the so called “translit” (just writing russian with latin letters) would use any style they want, producing a complete mess. You could ask 10 people to write something in translit and they all would do it in a different way. You’d have an entire array of all the possible transliterations, including “g” entering the place of /dʒ/ in some places (as it is in english), and all sorts of combinations for /j/, namely j, y, i, or even something with an apostrophe like y’. Some people wouldn’t even have a consistency within their own system, for example this google result I found (ignore the contents in case you can read it)