So… I turned off adblock in hopes that it would in some small way help the developers.
However, in the place where ads (I assume) should be showing is just a piece of html code.

I don’t really care as the site functions properly otherwise, but I thought it could interest the developers, as I assume they might be losing money if this happens to more visitors than just me.

I am running up-to date firefox on Windows 8.1 pro. And the problem sustains even if I disable all of my extensions. 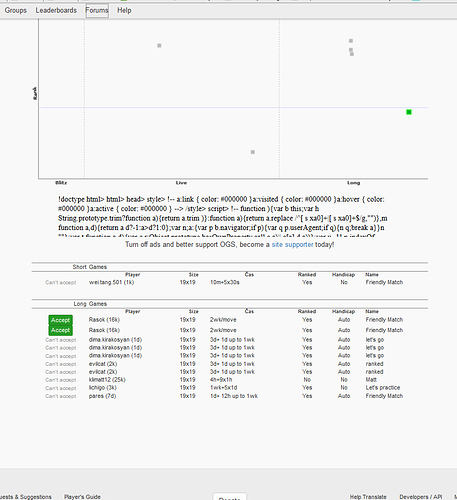 Thanks for the heads up. @anoek, you’ll be interested in this.

Interesting, thanks - what browser are you using? I’m not seeing that over here

I am running up-to date firefox on Windows 8.1 pro

Ahh someday I should learn to read, you said that initially, sorry about that. Thanks for the info I’ll try and reproduce under 8.1, thanks again!

no worries, I can copy and paste quite quickly

It is wierd however, if it were a widespread problem someone would have told you already I guess. The problem will probably be at my end.

It’s just that I have never seen it before anywhere else.

Okay, now it’s my turn to apologise.
I played with it some more and it turns out it is a XSS protection from noscript that does this, which is somehow still running even if the extension itself is turned off.
I am very sorry, should have tested more before I reported this. Hope it didn’t cost you much time… It doesn’t seem to do this on other sites hosting adsense, but still, I guess it is nothing worth worring about.
Sorry again

Phew, thanks for the update! That is interesting, I wonder why that happens here and not elsewhere…