BUG: my game has flipped to private and won't let me view it anymore

i could be remembering wrong about creating it as a public game, but that’s not the interesting bit.

the interesting bit is: I cannot view it, and it’s one of my games

…aaaand it’s back to normal again.

Glitch in the Matrix?

…and it’s decided to be private again. 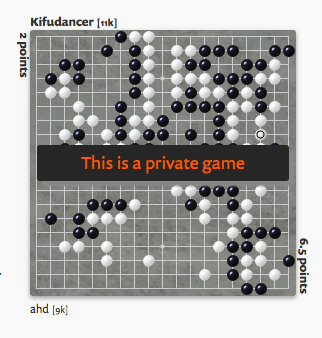 So, yeah. Still using Chrome, it behaved itself for a few hours (I could see it! and I could play!), and then again just now it: 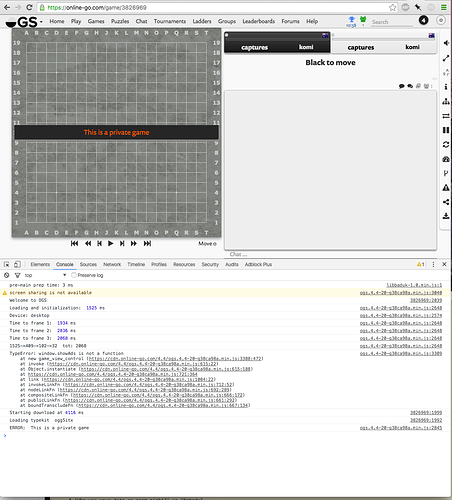 Hey, I’ve got what might be mistaken for a workaround!

…just tried it again, because the workaround turned out to not be a workaround.

so, neither firefox nor chrome.

Hi,
I recently created a game (this one: https://online-go.com/game/6047643).
The fact is that lately I’m not able to open it anymore, as when I try to, it says:
"This is a private game"
and doesn’t let me in, and see the chat or the stones on the goban either.

Is it a bug? Could someone fix this for me, please?

Nevermind, seems it has been auto-solved.

Still, I’m facing problems with the server today: it takes forever to connect to a single game.

Same problem, with several of my games over the last few days -

I’m also having the same problem for a certain game, and the problem comes and goes.

As @orin.harris says, the same problem happened again on the same game.

see also: BUG: my game has flipped to private and won't let me view it anymore

Same problem. Game is legitimately private, but it won’t let me or the other player in. Hitting refresh repeatedly eventually solves it.

This is pretty strange guys, we’re trying to get to the bottom of it. Sorry for the troubles

Don’t know if it can be of any help to devs, but I noticed this:

doesent matter which browser I use, tested chrome/IE/firefox and a mobile browser… Reloading the page with patience two or five times helps… maybe some login/game id check failure… ?! Im sure you will handle this sooner or later. Thank you for working it out anoek!

Same thing, i have 1 private game, where i can see the board but not stones nor player names/time.
I can see stones in thumbnail though, there is still the “this is a private game” blocking the middle