Bug when starting a new game

When using a mouse I can’t select anything from pull-down boxes, when selecting nothing happens. I have to use keyboard to change game rules and time settings. 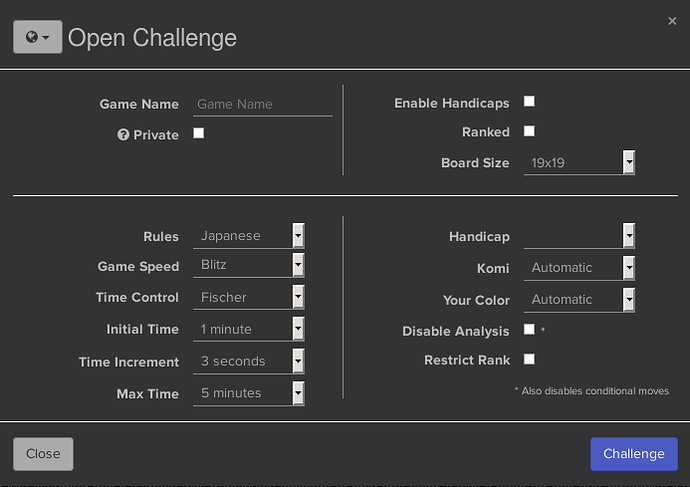 This happened to me. As a temporary workaround, using Chrome to play live games works fine. Have you tried that?

Using a keyboard is workaround enough for me. But would be nice that I could use my mouse instead.

huh. That works? I didn’t think to try that. good idea.

Yeah, it’s a bug on the firefox side, we have had many reports of this recently.

I found a solution, I logged out are then logged back in again. My problem was fixed. I can not put a challenge out for a new game…

I can now put a challenge out for a new game, sorry for the mistake.