Building a electronic wooden go board

Because I would like to play go in a “manual” way but don’t have someone here to play with me, I thought about creating a electronic board that is as close as possible to a tradtional wooden non-electronic one.

And I wonder, if not anyone has done this already before? So I have seen solutions with image recognizing and roboters putting stones somewhere, but what I think of is this:

However, tl;dr in the end you have a wooden board, with a photosensor at each crossing and a transparent ring that can turn to any color. When you put a stone on a field, the sensor should recognize it and the computer can show you the place where you should place your opponents stone with the light ring. (or it could give you hints where to put yours, count areas etc. whatever)

But I haven found any projects or products like it, I guess the software part is very simple (using already existing go KIs). But building it, yeah maybe great with someone who has more experience and knowledge than I do. Maybe there area already electronic solutions for photosensor/led combinations or whatever… (update: it seems to be possible to use LEDs in both ways, as sensor and lighter, that would make everything much more easy)

Hi, I am technician and Go enthusiast and wanted to get some feedback on an idea. I am not sure if only me is missing something like this or if others have the same need - hence this post. I love OGS but I do not love playing Go on my Laptop so much. Hence, wouldn’t it be nice to play on a real nice wooden board with real stones and still play on OGS? Puzzled? Let me explain: What I am thinking of is a real, wooden Go Board that has very tiny LEDs on each crossing to show to you where your (…

One is sold in China ( by Yike company from my memory) 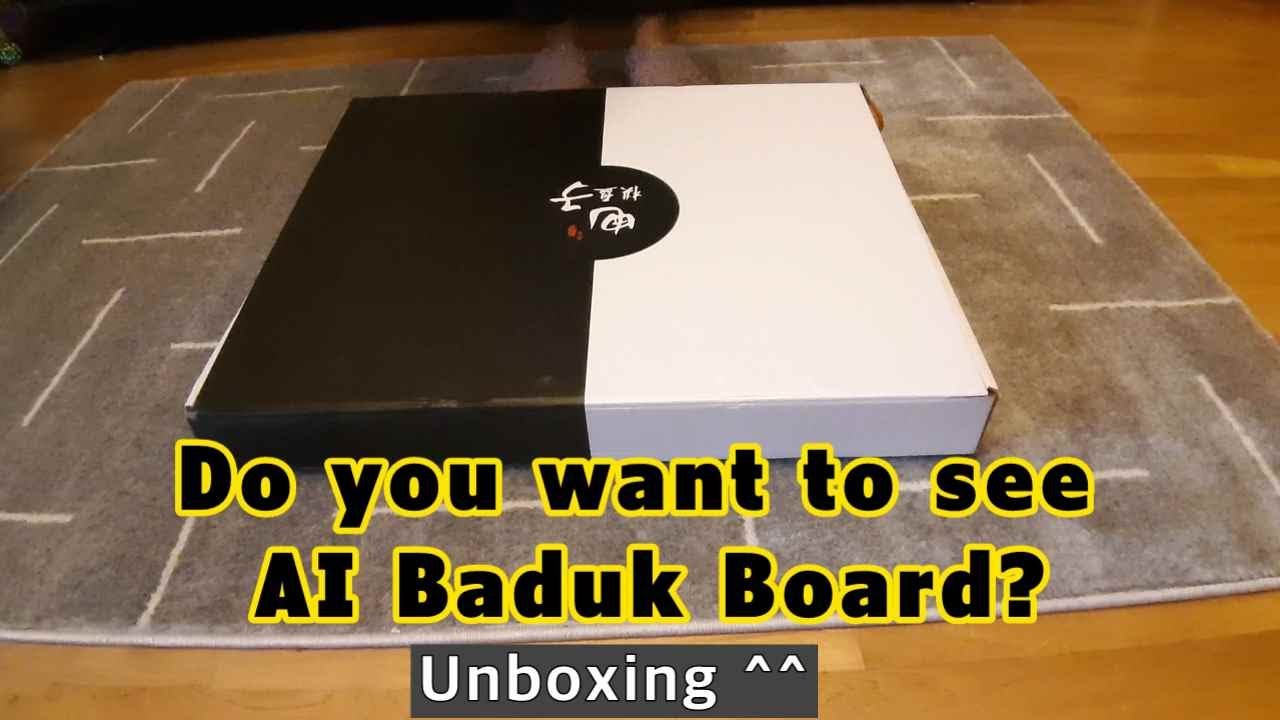 As already noted, I think at least a couple of commercially released products like this exist.

However, I think an interesting alternative way to implement something like this could remove the need to make a custom board altogether, and instead allow the user to use whatever standard board they wish. This could be done by using a camera and some sort of light projector (maybe just a steerable laser beam). The camera would read the board to detect moves made by the user and the light projector would highlight the spot of the opponent’s move.

A bit less flexible you need to place the camera+projector and that may not be everywhere you want to.
Another problem is noise (very important when playing go for me)

I’m definitely not envisioning a noisy projector (like the kind used to display a movie), but rather just some sort of simply system to shine a point of light onto the board. This could be realized by a steerable laser pointer, or maybe with some other sort of spot light that could focus a narrow enough beam to high just a single point on the board.

I think that registering the board position from a camera could be doable even with the camera off to the side looking at the board from an angle (similar to the viewpoint of the human players), so this might even be achievable with a webcam mounted on top of a laptop, as a sort of simple initial prototype. This prototype might even initially forgo the indicator laser, and rely on some other way to indicate the move like an (optional) audio and/or visual alert on the laptop.

Having the custom hardware of a smart board might be convenient, but these products are also quite expensive owing to their complexity and low volume. Further, I wonder how flexible they will be for connecting to other servers and Go bots, if they might require proprietary software. Are there any commercial electronic Go boards out there that can connect to OGS? Or the latest version of KataGo?

someone did this exact thing recently and posted on reddit

r/baduk - I was alone for the Holidays so I built a Go playing robot to keep me... 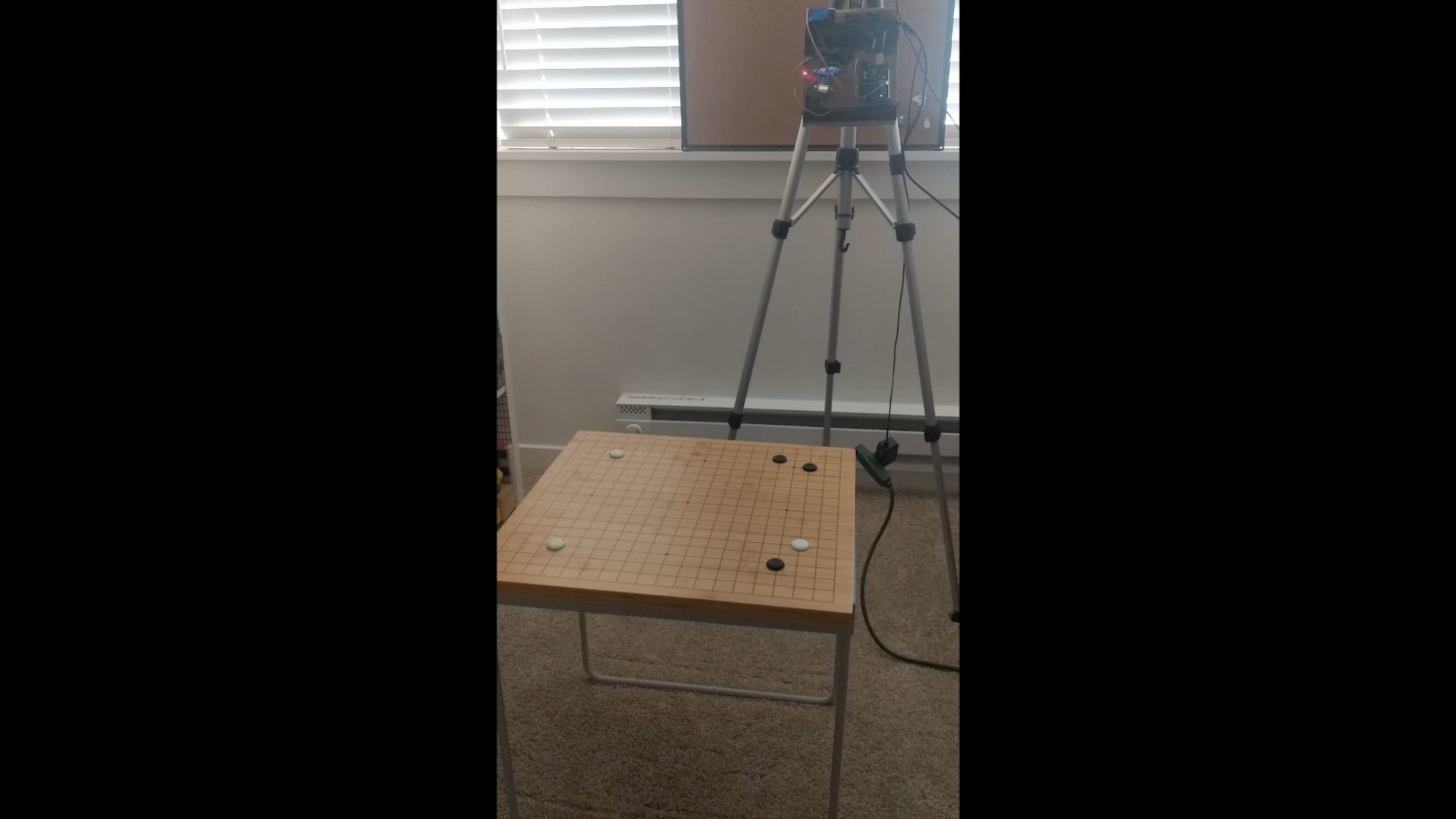 Wow, awesome! Thanks for sharing that! I’m glad that they made it fully open source. Something like this could wind up being much more extensible to connect to different bots, servers, etc.

yes I guess there are several different approaches, I also thought about such a laser solution. But my approach would be to make it as analog as possible (or it should look like at least), and to keep it with the board only. So no gadgets like cameras and lasers around it, it should be transportable as well, even if its nice that you would be able to use this with any board without changing it.

Hi…I haven’t gone full DIY yet however so far my onboarding experience in this sort of gatherings/culture reflects what has been written in this post even down to the part about snarky regulars advising me to utilize the pursuit bar.

What is a pursuit bar?

I found an interesting video from 2015, of Bram Vandenbon’s prototype electronic board. It’s not much to look at, but it shows that this idea was being considered. 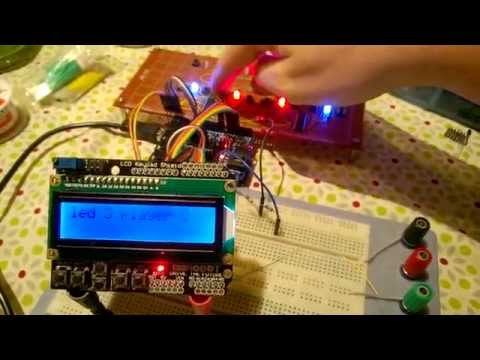 As he said at the time:

During the past years I’ve come obsessed with the idea to build an electronic go board. That would be a board that exists of LEDs and push buttons (or maybe touch). Just a couple of weeks ago I made my first prototype and posted it on youtube. I guess I wasted a lot of time on this project without a real finished product. 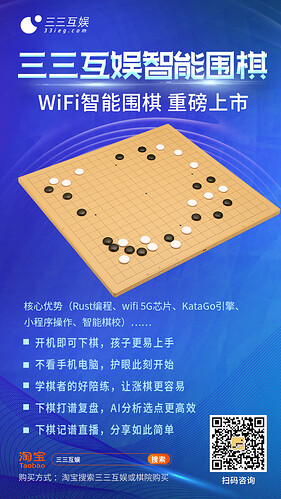