White begins an invasion on Move 18. Is it possible for Black to repel it successfully, assuming White doesn’t make any mistakes? 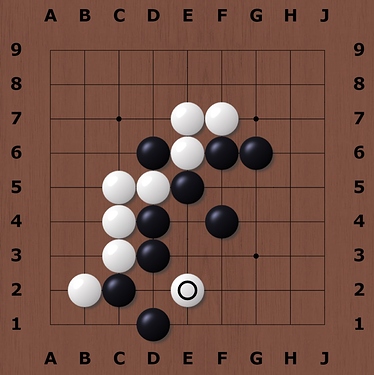 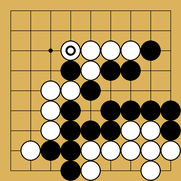 I made a review. It looks to me (as a 4k) that you can kill white’s invasion assuming (as @Eugene did) that D2 G3 are correct.

I just finished looking through the variations you’ve so kindly provided. I struggled with my two sons to find a way to stop the invasion but we couldn’t see it. You seemed to see the situation exactly as it was, from a point of superior understanding. This has been a wonderful learning experience for me and my two boys. Thank you so very much GOkyle. We sincerely appreciate it

@GOkyle nice analysis. I added a note, your last variation doesn’t work for black, but I think black F2 would work.

I’d play B H4 instead of F3 or G4. Don’t make your opponent stronger for free when you’ve got the vast majority in that area, Loose stones can be disconnected by tesuji or miai, connected stones can’t.

Thanks @SanDiego. I fixed the variation, hopefully it’s right now

. It looks like black can still kill the invasion with E3 and, later, G1.