Challenge window puts my name instead of the challenger

In this screenshot of my browser, the leftmost tab (not selected) has a challenge by me pending.

That second challenge (9x9 German game) is not mine. 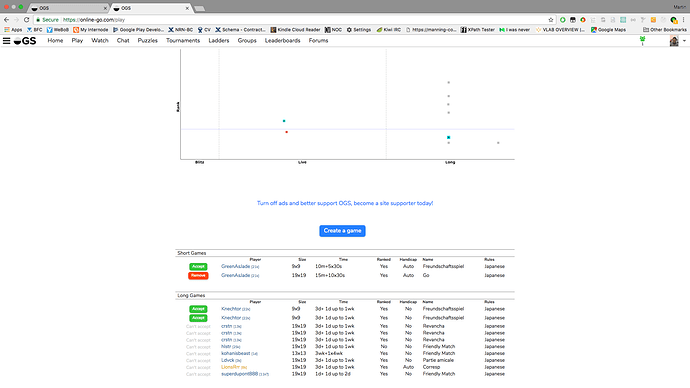 I see this bug in both Opera and Chrome. Each time when line with game moves, nickname disappears, copies or just on the wrong line.

I also have the same problem on Safari, Mac OS Sierra

I see this bug every time in the game list, I’m using Linux Firefox. The player name and game details don’t stay consistent, as the list updates the player names change which games they’re associated with. And if I create a new challenge, my name is often not on the same row with the “Remove”, but in some other game.

I hope this bug gets attention, it makes accepting games a bit too exciting when the player names and ranks don’t match the game details. You can verify what you’re getting into in the popup after clicking accept, but still.