I’ve issued a challenge to a bot, forking from move 44 in a 184-move completed game I just resigned. Trying to see if I can recover from an earlier error!

But nothing at all happens after the challenge has been confirmed as successfully sent. No refusal, no fresh board - just nothing.

Am I misunderstanding something: the FAQ suggests you can fork games against bots?

I’ve done it before also.

I can’t say though whether all bots will accept forked games since bots have different administrators.

I forked a game, for the same reason you mentioned, to test out endgame against katago-micro 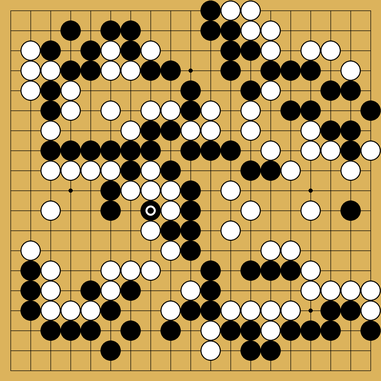 Which bot did you try, which settings etc?

I can test it again as well if it’s not working on a random game.

Thanks very much for your early reply. Sounds as though you succeeded where I failed.

The bot I tried was the same as the original game: noob_bot_1,

I was playing/to play black in both instances, with the default settings otherwise.

Based on your thought, I’ll now choose a completely different bot, to see if that change might remove the issue.

Well, well: you were absolutely correct. Just switched the challenge away from the noob_bot series (I’d tried others after the _1 didn’t respond) to doge_bot_4 … and the problem went away.