On June 21, 2017, the 3rd MLily Cup held at Beijing China’s National Convention Center held round of 32 of the World Go Open.

In a surprising upset, North American Ryan Li 1p, whose name was unfamiliar to the Asian Go community, defeated Chen Yaoye 9p, the champion of the Bailing Cup and ranked 4th place in China. Although Chen Yaoye may have downplayed his opponent, few expected that Ryan would be able to defeat him.

Ryan Li won previously against Cheng Honghao 2p to advance to the round of 32. Ryan will now face Li Xuanhao 6p, who is ranked 19th place in China, in the round of 16 in August.

HUGE congratulations to Ryan Li 1p! This is perhaps the biggest ever upset by a Western player, with a respectful nod to Hans Pietsch, Alexander Dinerchtein, and Fernando Aguilar. (Losing to Ryan is now one of the highlights of my life!)

Here are some photos from the match: 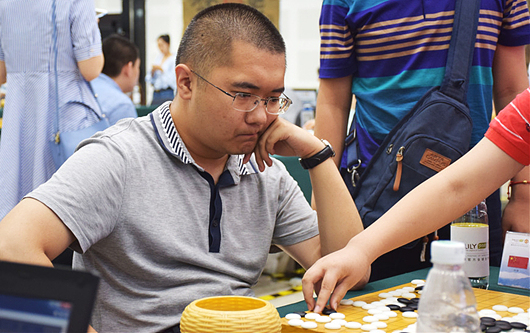 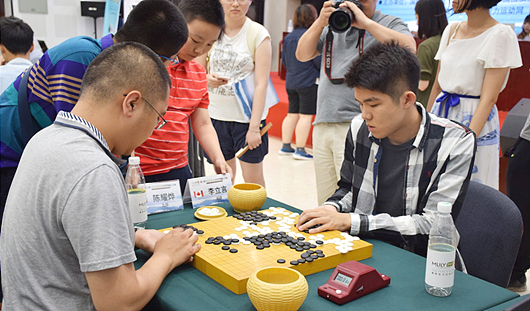 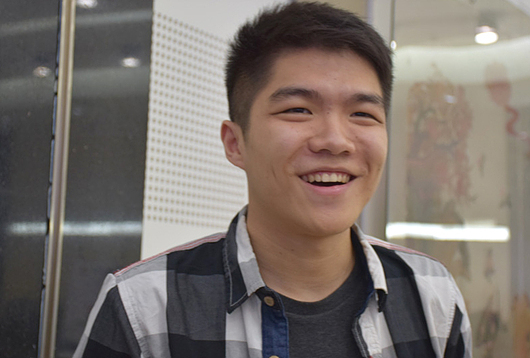 He looks so happy!

And here’s the game record. Ryan is Black:

Shout out to the AGA and Jennie Shen 2p and Andrew Jackson 4d for an excellent video commentary.

Is there a place where one can see full tournament bracket? I’m having hard time looking for it on Chinese sites.

Ryan Li 1p is described by what I assume is his Chinese name, Liyen Li.