Cleaning equipment at the EGCC, 2017

(From the website of the former European Go Cultural Centre, in Amsterdam.)

I was dreaming to myself about visiting one day, until I remembered

The EGCC closed its doors 1.5 years ago and the library was moved elsewhere (or rather, what was left after removing all duplicates).

I finally changed all the present tense grammar in the Sensei’s Library article to past forms ;~;

For the upcoming 25 Years EGCC Anniversary Go Tournament, Justyna Klęczar, Michał Łukasiewicz and Kim Ouweleen started a project to clean all the go equipment in the centre! This includes about 55 Katsura and Kaya go boards of 5.5 cm thick and around 20.000 Slate and Shell go stones.

Please have a look at the following a photo reportage of the first cleaning session, which took place on Sunday 1 October 2017.

I’ve only shown some of the images from the original page, in part because not all of them are small enough to be posted on Discourse without reduction. 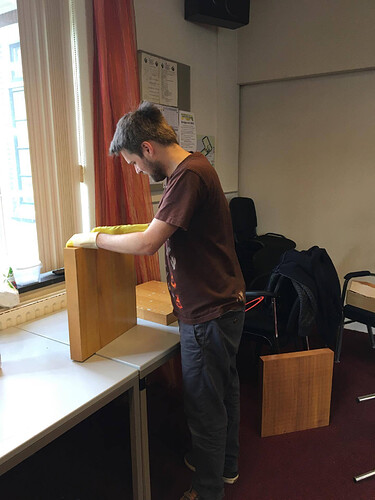 To work efficiently, one person cleans the filth from the boards and the next person puts on a protective layer of wax. 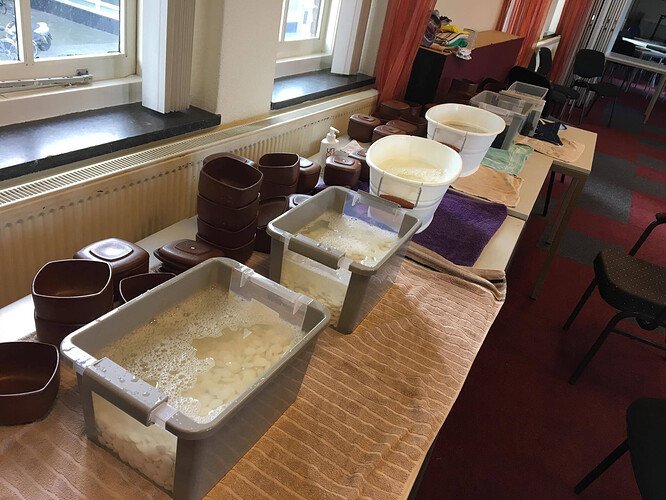 Three tubs have been filled with white (shell) stones and three with the black (slate) stones. After two hours of waiting, they will be rinsed and put to dry. 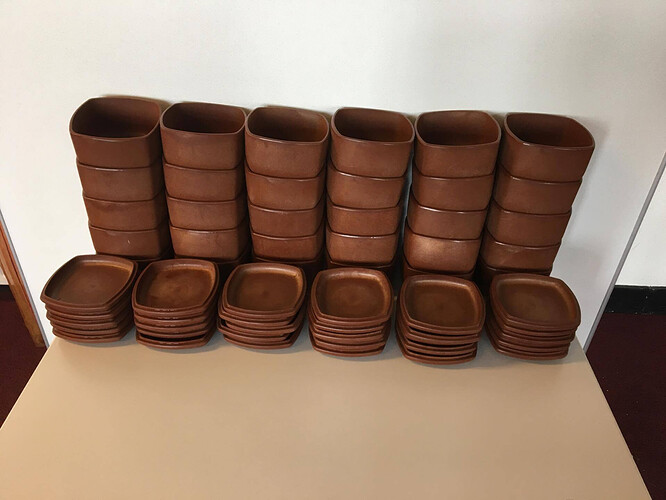 Starting to look nice and clean. 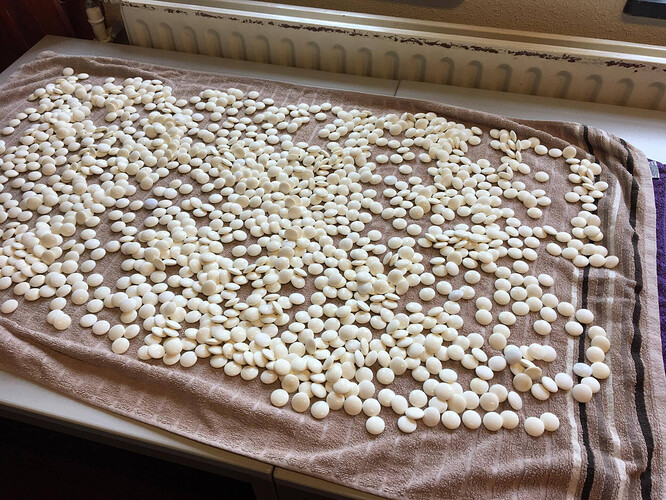 So many beautiful stones! And all made from shell…

Or at least 99%. Of course we also found some stray stones from other sets (glass), but strangely enough mostly amongst the black stones and not so much the white. 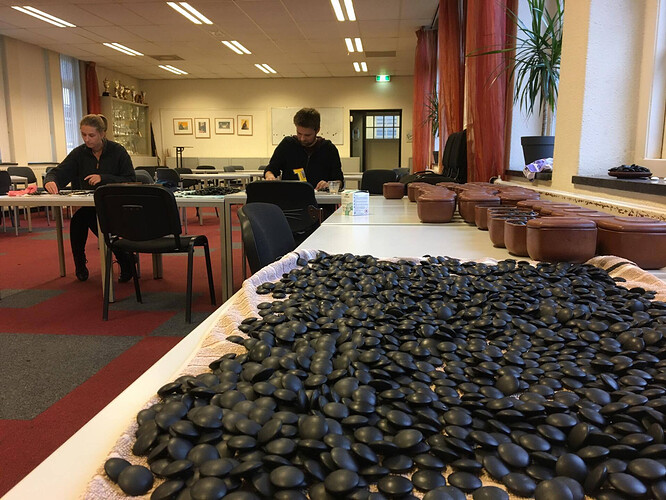 Justyna and Michal are counting the stones and putting them back in the clean bowls. 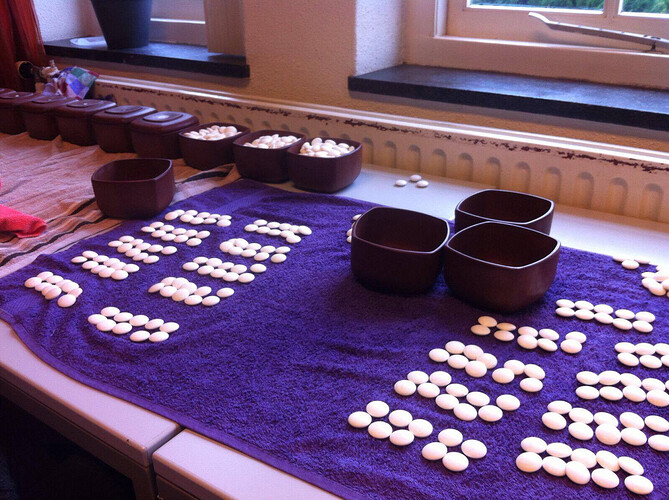 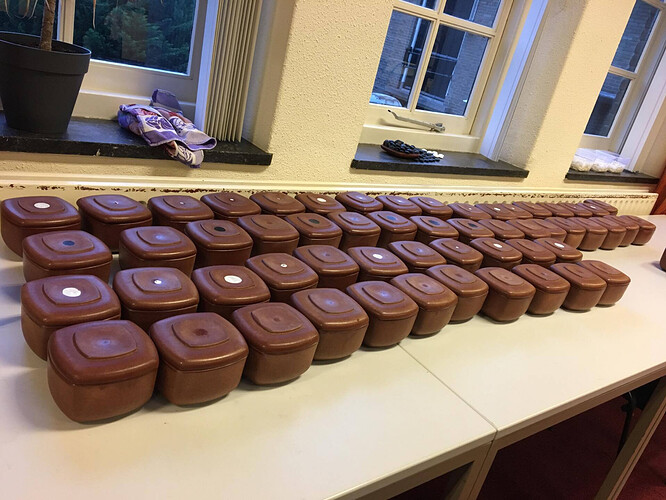 Tadaaaaa! The result of our efforts. 28 clean sets at the end of the day. However, this was only half of all the stones. Another cleaning session will have to follow.

Found some more photos of the great big cleaning party: 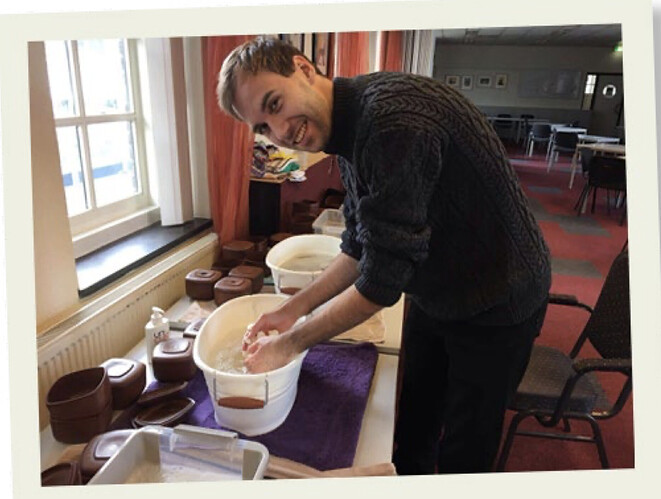 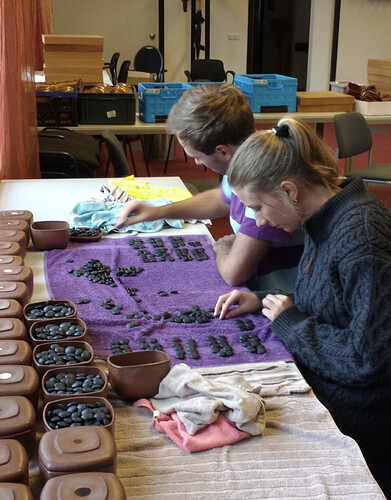 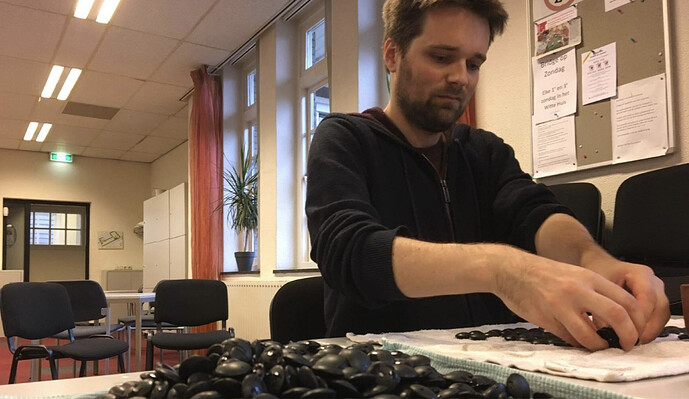 Yeah, those are on the original page as well.

Note: the young man with his hands in soapy water is Kim Ouweleen 4d a.k.a Murugandi, the go artist currently responsible for editing/designing the European Go Journal and also a video creator: 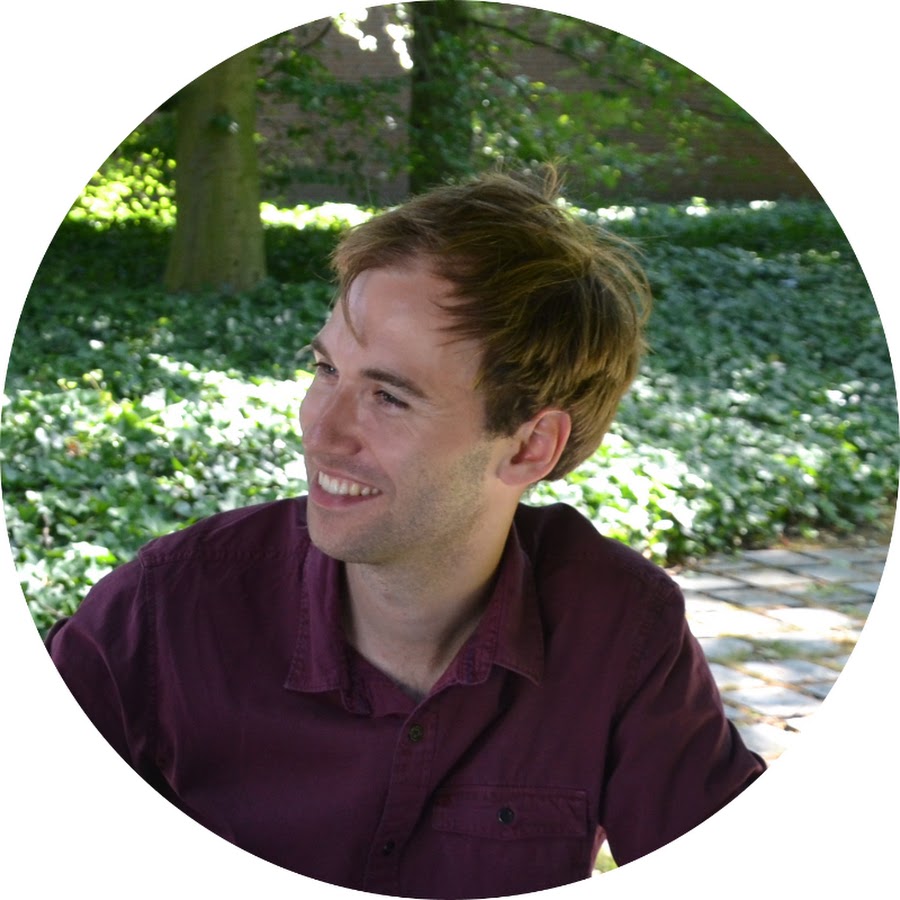 My name is Kim Ouweleen, born 1988, Amsterdam the Netherlands. I am a go teacher, author, and artist.