The first 2 i lost and don’t really know why (except that my opponents played better oc). The 3rd i’d lost if White didn’t time out.
I’m especially interested in the whole game perspective, i really struggle to develop one. But every comment will be much appreciated 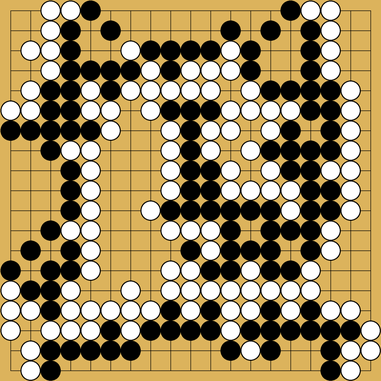 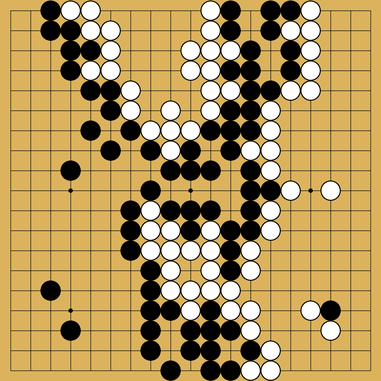 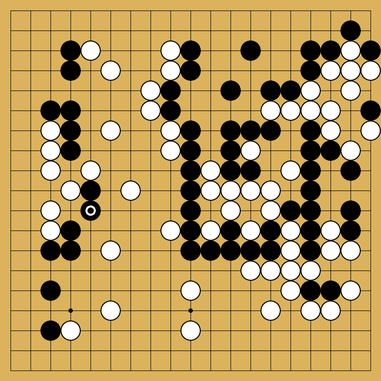 you started out very well, taking advanatge mistakes your opponent made. after a while, it turned around. move 26 was a huge opportunity missed… then there were a couple of instances where your direction of play was off. 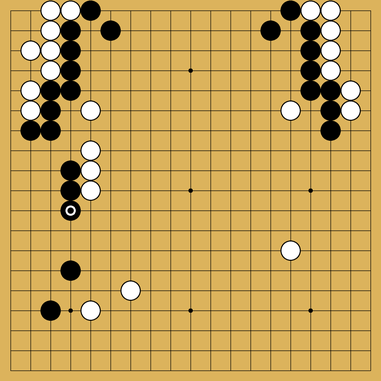 You started well, and then made a series of very small moves, starting around move 47, which allowed your opponent to catch up. If you’re playing moves to build territory, make sure you’re playing the ones that give you the most territory. You have a tendency to follow your opponent around the board, and respond locally to what they’re doing, rather than playing the biggest points. Also: keep in mind what your opponent is trying to do, and try to stop them from doing it. In this game, your opponent went big on the center, which you didn’t really contest until the end of the game, and which you only reduced as much as you did because of a few blunders on the behalf of your opponent. If you can, look for moves that help you build territory, while thwarting your opponent’s plans.

Many, many thanks @kickaha and @ckersch88 !
Not only for spending your time, but also for showing me so many interesting and important things in those games!
Your reviews really broadened my horizon!

Game 2:
26 really is an eyeopener
The alternatives for 38 are a bit unsettling, i take that as a good sign. It’s like glancing at a new dimension, i will experiment with them!
42: i thought about that but there was a dilemma for me between hitting on the head and pushing on the one side and leaving to many cutting points for later invasions.
But now i see your continuation for black - terrible! If they played that ingame, i’d had a good beating lesson

It’s really helpful to get told which moves were good, too; so i can continue to play them.

Game 1:
23: “The other wall is too far away to really be a good target.” I had all the way through the game the feeling there was something wrong with the upper half; now i know what!
47: I see how this was small. The 33 invasion was the reason i didn’t play the 44 later, but your opinion gives me something to ponder over.
61: “All of your moves are just responding to what your opponent is doing. What are your goals, here? How can you achieve them?” — This sums that game up pretty well, i had no goals, no plan; just being puzzled.
87ff: i saw only the ladder, but not this great 2step net! I love it!
95&99: this extend from the peep is very interesting, i saw that peep earlier but didn’t know how to follow up and therefore left it for the time being.

I really had a big blind spot with that group in the lower left middle, making life there never even crossed my mind. The same with the white group above, i didn’t see how attackable it was! Looks like it was mostly a problem of the mind set in this game. (with all those small points, too)

Here’s a review for the third one, too:

Similar pattern, in that I think you were ahead out of the opening, but lost ground in the mid game. That being said, if you weren’t ahead at the end, the game was at least very close. End game would’ve decided this one.

I think you mostly played well, but mishandled the group on the right. Watch out when you’re playing that many fourth line stones: they can make a bit more territory, but they aren’t solid. Play them for a balance between territory and influence. If influence is less valuable, such as when you’ve got potentially weak stones next to your opponent’s strength, go for the third line. Also, don’t peep if it will just strengthen your opponent. In both games, you played a number of moves on the edge of your opponent’s groups that didn’t give you much in terms of strength or territory, but fixed their weaknesses for them.

Very kind of you!

Watch out when you’re playing that many fourth line stones: they can make a bit more territory, but they aren’t solid.

It’s not so much about territory, they just feel so low …; but i don’t know how to handle them well (yet). Although what you said about them close to opponent’s strength sounds very reasonable.

Some thoughts and questions:
9: “Because white has influence, I would want to be a bit more solid.” Would that be good rule of thumb, to play 3rd line stones against 4th line stones and vice versa? — Of course not to be followed blindly, but as a first thing to consider.
27: very inspiring how to attack a weak group and strengthen yourself to use that strength to attack another weak group!
47: “this seems like it just strengthens white. Q4 seems natural; what was your plan for how to respond?”
Answer: i wanted to cut off the other stone but didn’t read thoroughly. On my own i’d only come up with r5. Playing a few variations with q4 i see how much better it is.
51: (variation line) is this the infamous Monkey Jump?

44: Going through all these suggestions took me a while. I like those in the left corner, neat and with nice little pitfalls :); White has to respond carefully. It was a lot harder to find some succesful lines of play in the right corner, but i think i found one or two that work without White helping along.
The right middle wasn’t as hard as i thought but still difficult to figure something out. The left middle is a rather hairy affair, i found a lot of mistakes Black can make here

Trying to figure out these variations enhanced my imagination about a lot, i’m eager to try that stuff in my games.

9: I’d say, “don’t play fourth line stones if you can’t handle an invasion.” If your plan is to get invaded, force your opponent low, and take influence, a fourth line play near your opponent is fine. If you’re worried about the safety of your groups, go for third line. In general, you also don’t want all of your stones on the same line. All third line stones means you don’t have much in terms of territory, while all fourth line leaves you weak to invasion. In this case, your opponent has an obvious invasion point that will cut off your two fourth line stones, so I’d go for territory. (Also, in this particular situation, it’s tough to see a good use for influence, though that’s not always the case.)

, something you definitely have to watch out for with high, influence-based plays! getting hit with a monkey jump, or allowing your opponent space to play one, isn’t necessarily a bad thing, but it’s one of those situations where you want to know what you’re getting in exchange.

Also, I wouldn’t get too bogged down in the first 50 moves or so: that’s your strong point! Midgame is more of a weakness, so working midgame (direction of play and shape, mainly) will improve your game a lot more. (In my experience, working the opening was a lot easier, so I similarly had a lagging midgame for a while. Joseki and prop openings are easy to find and imitate, midgame resources are a bit more theoretical. Realistically, I still have a relatively bad midgame that I need to work on!)