The DeepMind team had managed to prove that a generic version of their algorithm, with no specific knowledge other than the rules of the game, could train itself for four hours at chess, two hours in shogi (Japanese chess) or eight hours in Go and then beat the reigning computer champions – i.e. the strongest known players of those games. 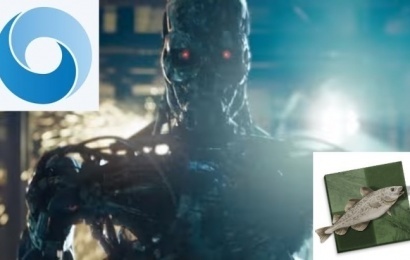 20 years after DeepBlue defeated Garry Kasparov in a match, chess players have awoken to a new revolution. The AlphaZero algorithm developed by Google and DeepMind took just four hours of playing against itself to synthesise the chess knowledge of...

Where is Sarah Conner when you need her?

I wonder why you would “prove” that, rather than just do and demonstrate?

Prove what? That computers are taking over the world?

There’s some example games there.

Hah LOL no I didn’t! What a strangely worded summary!

@GreenAsJade I hoped this would be an interesting topic to share. Then you stepped in…

It’s a fascinating topic. Thanks for sharing!

As someone who’s both German, and hasn’t seen Terminator before, calls for Sarah Connor always weird me out completely until I remember she’s also a character in that movie. https://www.youtube.com/watch?v=1gDbpWC_9pE

My visit to Germany showed me that your food was extraordinary, your countryside breathtaking, your cities were fascinating, and your beer was the stuff that songs are written about, so it is a small loss to be deprived of the Terminator. You are missing nothing. I can miss the next Terminator, but I want to go back to Germany before I die.

and hasn’t seen Terminator before, calls for Sarah Connor always weird me out completely until I remember she’s also a character in that movie.

I’ve seen all Terminator movies when they were new, and I remember how disgusted I was when Sarah Marianne Corina Lewe appeared on German media in 2001 with artist name “Sarah Connor”

I don’t get the excitement about the “only 2 hours”, “only 4 hours”. If you double your processing power, you half your computing time (basically). And the hardware they used…

Number of games played in the learning process would be a better metric. Did it need more games than the (estimated) number of humans games to get to its current level?

As a first order estimate, it probably played dozens of games a second. It’s very likely that it played more games than a human can play in a lifetime. Maybe it’s a “we have really nice supercomputers now” thing? I know some people are getting worried that these specialised processors are going to be limited supply and could concentrate AI research power into the hands of only groups with incredible resources.