Hey. We could do this before but after some update it’s impossible to edit players names and ranks in the demo board.

It’s a useful feature. When you want to make a relay it’s nice to make a demo board before the game started (and before you know players colors) and swap the player names if you didn’t guess colors correctly.

Also sometimes you make a mistake in a name or rank.

From the user’s point of view there’s no reason to prohibit name editing.

Change it back, please.

I would like it if we could also edit names in uploaded sgf files.

You can, that’s what the fix was for

Hello again. It doesn’t appear to be fixed. The field is editable but the changes are not saved into demo board.

They’re saved on the demo board & reviews profile list:

(displaying what I want)

But not in the demo board itself:

(displaying not what I want)
And not in the game information of the demo board: 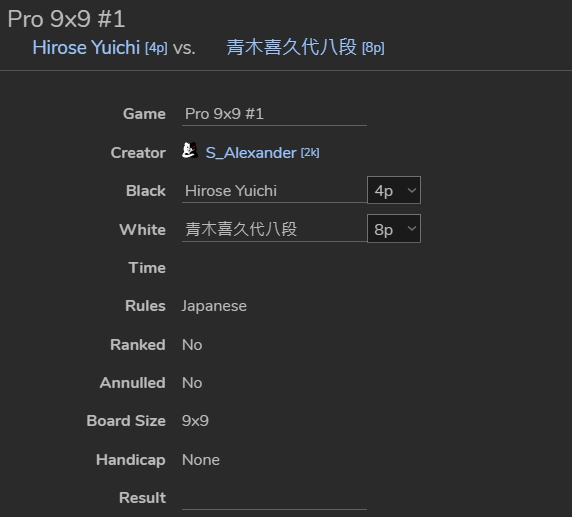 Demo board in question: