Competition is the principle center piece of OGS. Competitors talk about how exhilarating the performance performed or reacted on feels. It drives them to rack up thousands of games even when their ranking doesn’t seem to move and when ranked up, that drives them to seek more competition. So where does Reviewing fit in?

In every game there is a debate to be had, rules to be guessed, robots to test them and competition to start the cycle again. Moving Through this series is review , and once your done with it its pleasant to put your in-game debate to rest in the form of documentation for future use. But what can happen when documentation falls short in preserving the full depth of your experience because of its handicaps.

Arrows, the symbolisms of direction (where you’re going can tell what you want and how you plan to get, the good from the bad, the start from the finish and the fight) the appropriate markup for recording state of for that reason. Would allow players to create multiple diagrams of intention. Exposing the periodic changes in the direction, attempts and confusions of the players.

The pen tool ( used for writing over the page) a crude recommendation for drawing markup arrows. lacking in periodic placement and convenience. This is true since the tool has no appropriable use.Other than being comparable to the child standing in front of the television or blocking two conversing parents. You would have to create multiple reviews of the same game to achieve that what would be comparable to diagrams of the arrow markup in a single game.

If you disagree think first about the value of this tool, arrows! requiring no addition functionality than those the circle,square, or triangle markup. and then be agreeable.

[ An OK Example direction use: > this is not the finale product i envision] 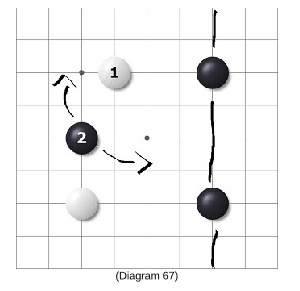 It does seem strange that the marks we make with the pen don’t “stick” to the move that they were made on, during review.