Yesterday in my club, a weaker player misunderstood a joseki I was explaining and played this against me… And I wasn’t sure at all how to continue. Any thoughts? 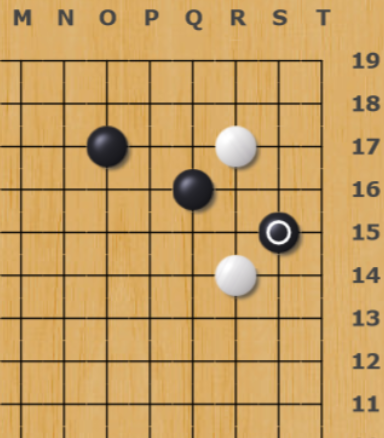 I think white should play q17 and if black plays r16 or p16, white o18. There’s too much aji around, I don’t think black can cut o18. If black plays p17, white pushes in r16 and cuts, I think it’s good for white.
I expect to be proven wrong by someone stronger or who knows this sequence though

Seems like it’s almost as good as the more common shape! 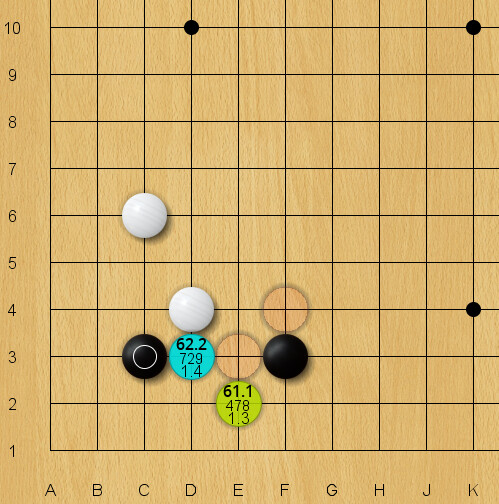 I only found one pro game with the shape in waltheri:

It looks kind of familiar though. Maybe someone who follows pro play more than me / has access to a bigger database can find some more examples.

By the way, Mi Yuting played B17 here. @_Sofiam’s suggestion is about 1 point better according to KataGo: 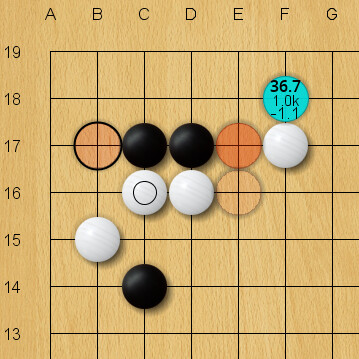 It’s out of context though. In the game between Mi Yuting and Park Jungwhan, the C14 stone isn’t alone, but part of a larger left side framework Mi Yuting was trying to build up, and these stones were just the sacrifice. F18 might allow black to build a smaller territory, but it is far from secure and has a chance of weakening the C14 stones and make his left side framework failed (although later in the game, Park Jungwhan invaded and killed the group associated with C14 anyway at the cost of his center group, and ended up losing this game)

I remember coming across this knight move rather than block in the context of the corner player having the one point jump rather than knight move answer to approach. In that case there’s a ladder involved with push and cut. Shows how much variety there is in go we miss by sticking with what we know! Had a few pro outings, though fewer in Waltheri than I remember.