Can we delete variations 4,5 and 6? The only meaningful continuation is already covered in variation B.

B is played less frequently than all of the extensions. I think it adds context that the local joseki is finished and the side is important.

Also, we can expect this joseki to be around for a while - soon there will be joseki follow-ups for the varying extensions. They don’t cost anything to leave here.

Is ‘N’ actually joseki or more of a joseki continuation / special case move? 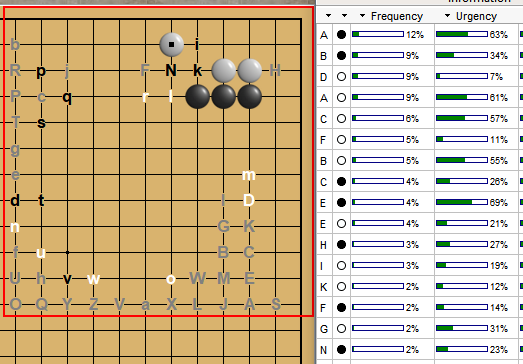 So I see Yeonwoo’s YouTube and your diagram as compatible.

I thought that adding the side moves was an additional way to express that they aren’t a priority.