Do We Have A Longest Finished Games List Already?

always thankful if people are patient and bear with me!

Those are rookie numbers!

(in all fairness, that game was abandoned by my opponent long ago…)

It is finished game. gotstats only check finished game in the first place.
I’m guessing Koba’s opponent abandoned the game and it ended on Timeout?

It’s hard to distinguish. I know some games that are “long” but really are just paused and abandoned.

Hmm in all fairness, considering a “normal” time settings, abandoned game should be shorter than a normal game. Because timeout games only last roughly the think time of one player, while a normal game take time from both players.

The exception are games where time setting was intentionally set to be abundance, so it’d be like both players planned for the game to be so.

You can also set no time limits, if you want.

You can also set no time limits, if you want

Pretty sure no time limits eventually times out.

I’m scared to ask how you know about that

Do we perhaps need two Longest Game Lists?
One for finished games and one for (eternally) paused games?
And how do you know it is paused eternally?
It never is as simple as it looks

OK, I think I’ll specify for this thread by changing the title to express the intention of my question.

I’m scared to ask how you know about that

This was meant to be an “untimed” correspondence game and had five byo-yomi periods of a month each. My opponent decided to stop playing and timed out, producing a decent contender for the most time “spent” on a single move.

And guess who was my opponent?!?

(…) the longest game in terms of time spent appears to be a game for Jiji Shinpo between Honinbo Shusai and Karigane Junichi (1920-05-21) in the days when there were no time limits. According to Jiji Shinpo’s records play was adjourned 20 times and the total time used was 240 hours.

In the era of time limits, the longest game is Shusai’s retirement game against Kitani Minoru (1938-06-26). Out of deference to Shusai’s health, but also to ensure that his last ever game would be a masterpiece, limits of 40 hours each were set. In the end it was said that Kitani used 34 hours 19 minutes and Shusai 19 hours 57 minutes.

I eventually resigned that paused OSR game, btw, even though it was only in an early opening position.

By the way, anyone with a still-active game in the first round of Through the Years has already had that game going for a year.

My personal record so far:

(via @Chinitsu’s awesome Got Stats?)

How long lasts a correspondence game?

I have a game that was paused for more than 2 years and then we resume playing! There is hope!
Now it is almost over, but my friend entered in vacation

. (I will likely loose by 2 points, but we will play until the end!) 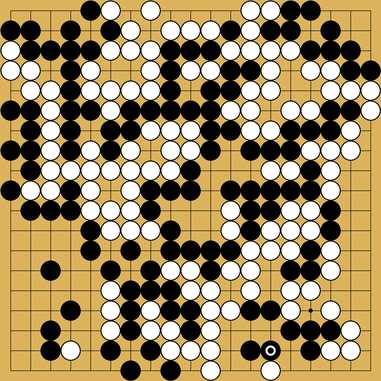