Since I have moderator attention, why do I choose brunette emoji but the site turns them automatically to blondes? It doesn’t happen elsewhere.

who even knows with computers anymore.

Regarding the emoji, I would love to say it is anoek’s personal preference, but actually the forums run on third party software called discourse, you would have to take it up with them.

It’s ok, go makes me look smart to people who don’t know better, it’s ok if some others get to imagine me blonde. I’ll take the compromise.

why do I choose brunette emoji but the site turns them automatically to blondes?

Why we need a brunette white person emoji. No, really.

Counterintuitively, the brunette white person emoji might actually force white people to think more seriously about their race and the privileges afforded to it 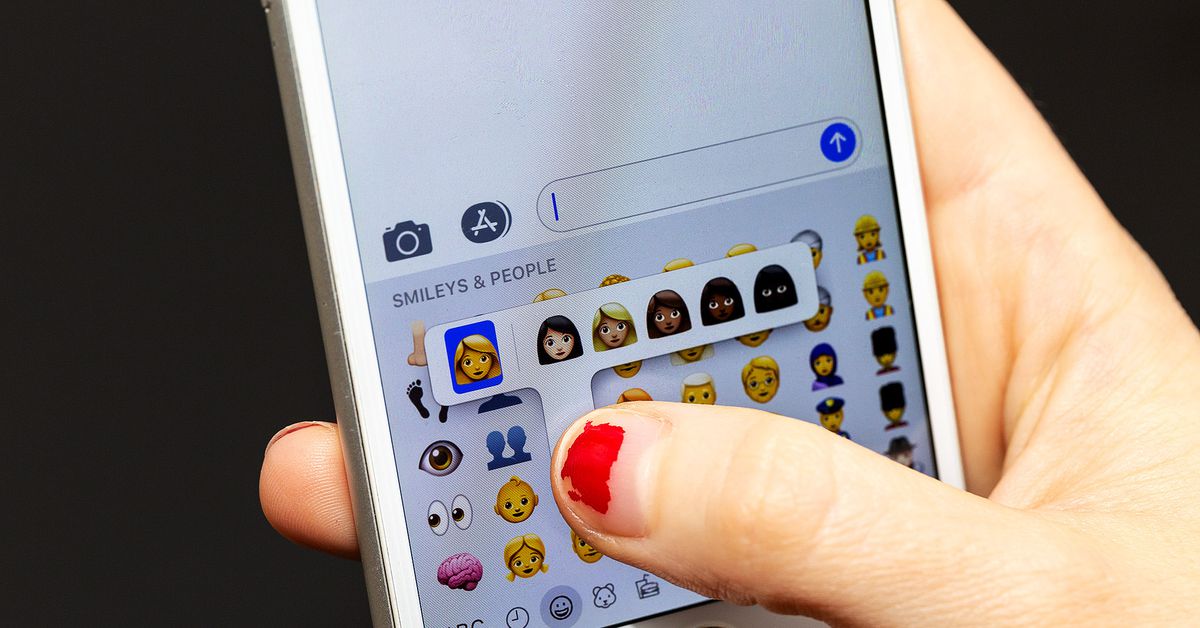 We need more than those choices. The problem with emoji skin tones that no one talks about

Here's why not everyone is opting in.

Light-skin-tone symbols are used far less often in the U.S. than their darker counterparts. Does shame explain the disparity?

An update rolling out now to Android users has updated the gun emoji to appear as a toy water pistol, in line with recent changes by other vendors. It seems inevitable in retrospect. While vendors might have baulked at Apple's overnight redesign of...

It shows in other sites, it shows in OGS site chat. I hadn’t noticed in other forums, tbh.

(It shows now, maybe some are recognizable from my keyboard and some are not? Who knows.)

By the way, was this the emoji that you meant to use earlier?

So, emoji variations are…complicated. In this case, it seems the forum is rendering the images for us, instead of just serving up the raw Unicode codepoints to be rendered by the browser. This improves compatibility for different browsers massively, as not all devices are able to render all emoji, but means that you’re using whichever renderings the forum software uses instead of your browser or device’s emoji “fonts”.

For Discourse, it seems that their rendering of the default “woman in lotus position” (

) has blonde hair. This emoji varies widely between different emoji fonts, as can be seen here: https://emojipedia.org/woman-in-lotus-position/

Note that she’s blonde for Apple, WhatsApp, Twitter, and Emojipedia, but brunette everywhere else. However, if we take the light skin tone version (

Now, since Discourse replaces the actual emoji with an image, that’s why it may appear different on your device while editing compared to once you post. For instance, I’m typing this on an Android so both emoji I typed show up with dark hair. But, once I submit this post and they’re replaced by images, the first one will have blonde hair.

The default (yellow skin) options renders the “person” variant with shorter hair and maybe in a more gender ambiguous manner:

However, the racialized variants renders the “person” variant identically to the “woman” variant

Note: you can mouse-hover over any of the built-in Discourse emojis to see the text code used to generate them.

Edit: interesting, the “source” for my post has the three emojis as just raw unicode, but Discourse is displaying them as “person”, “person”, and “woman”, and has added a male symbol character for the second case.

Note: I’ve made this post a wiki, so you can see exactly what code I typed.

I think I remember all emoji was basically male, so when the female ones got out (for some variables only) it was a huge thing. Then it got more inclusive and it’s evolving.
I can use ambiguous np, I prefer female ones, it’s nice when Ι get a customization option with no obvious d- eeeh, distinguished appendices?

and has added a male symbol character for the second case.

The “raw Unicode” for the woman one also includes a female symbol as a variant selector, but since Discourse can parse that one, it doesn’t show up an individual character like the male variant selector does.

I’m seeing woman, person, man, where woman has pink clothes, man has blue clothes and person has grey clothes. Furthermore women has long hair, man has short hair and person has intermediate hair. The shape of the face is also different.

only looks good on Android, and is terrible on windows. Please fix.

Take it up with Discourse, it’s their software.

Am I the only one who thinks all these picture emoji aren’t abstract enough to look good in the middle of plaintext? I’ve never been able to grok kaomoji, though, so I’m not sure what the alternative is. I’d like versions of emoji which are black and white and about as detailed as the chess piece symbols you see in chess books.

Um, I think that we should move this emoji chat to another thread, but I do like it. If it either stays here or goes nowhere, I choose stay here.

Edit: If I flag myself to try and move this, will I be negatively impacted?

If I flag myself to try and move this, will I be negatively impacted?

Yes, I have muted you for the next ten-thousand years.

That was a good idea, I have made it so.