Was I rude? I don’t understand why my opponent was upset? Should i have went to counting? 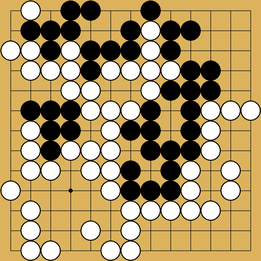 I don’t think you were rude. But it’s important to be mindful of your tone and how your words might be perceived, especially in a competitive setting like a Go game. Although the system won’t correctly score an unfinished game, it’s not necessarily helpful or productive to point this out to your opponent. They might have already known this and were simply feeling frustrated about the game. Rather than focusing on the technical aspects of the game, try to approach the situation with empathy. The next time an issue arises, it might help to ask your opponent how they want to resolve the issue.

I don’t know what conclusion to reach, but It might help with the investigation to know that your opponent seems to have a little bit of a history with similar situations: 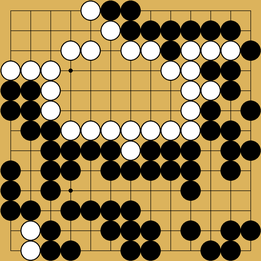 So I don’t know, but it might be that they’re under the impression that as soon as a player encircles a territory, it’s rude for the opponent to invade and kill the group.

Thanks for the reply. I was taken by surprise and wondering if i did something rude. Especially when he implied it was the second time.

I’d be pissed at myself if i lost a game like that… Not at the other player though. I did lose a game to a similar mistake the other day.

I don’t know what conclusion to reach, but It might help with the investigation to know that your opponent seems to have a little bit of a history with similar situations:

Uhmmmm, I might be inclined to think that this was the case if the player had left some comment in the game implying they were displeased somehow, however, that game has no chat at all.

Am I missing something? Was there any chat that got deleted by moderators?

Was I rude? I don’t understand why my opponent was upset? Should i have went to counting?

I don’t think you need to forcefully agree to counting lest you be regarded as rude. You were right to just close your walls.

I cannot really say what your opponent’s thoughts were.

The similarity I noticed was that the player in question passed first and the opponents kept playing in both cases, on top of the large group getting captured; but I was just pulling at straws without being sure it was relevant, hoping that somebody else might be able to use that info.

Still, I think @shadowconservatory handled the situation reasonably. The opponent passed, and they immediately pointed out: if I pass now, the game won’t be scored properly (it’s a ranked game btw). The opponent didn’t reply so they proceeded to close their boundaries as efficiently as possible, without even trying to gain more territory from the opponent’s passes. As soon as White had their boundaries closed, they also passed letting the game finish, and only then the opponent showed signs of being offended.

As mark said, it was maybe possible to catch on to the opponent being frustrated more quickly, but we can’t all be perfect saints all the time.

If it was me, I might have reached out to the opponent in private chat to say “I’m sorry, I didn’t mean to be rude, what did I do?”, but then again maybe I would have been too confused to think of it.

Not sure what happened to the chat, there was a little more. My opponent said I didn’t respect my opponents.

Oh, I meant the other game. But nevermind that, I don’t think it’s very useful to keep second guessing whether another person might have thought this or that; only madness lies ahead of that road.

Instead, I think what you did was justified, and I’m guessing most people wouldn’t find you at fault. That also seems to be the general consensus of this thread’s replies.

I think I might have gone even further and reduced their territory whenever they were passing instead of defending. If someone doesn’t want to finish a game while behind, they can always just resign.

Unless it was some kind of teaching game with a novice, in which case I might have offered to give them some tips if I sensed they would appreciate that. But a 14k is not a novice.

When I win a game, I don’t initiate conversation except the normal: Thanks for the game.

If you keep playing instead of passing, you silently makes the point to close the border before scoring. That’s why people call Go as hand conversation in chinese, use your moves to communicate.

But I don’t think you did anything rude.

I am curious to know if your opponent in that game passed because they wanted to score but are ignorant of the fact you need to enclose areas to count them as territory, or they know that and were just in a bad mood from getting killed a lot and being petulant. Given they are 14k if this was a rank anywhere other than OGS (e.g real-life or KGS) then I would assume the latter, as even 25ks know about closing territory to score, so 14ks definitely should, but I have seen numerous cases of people with ranks as high as 14k on OGS who somehow don’t know about this basic rule of scoring. My hypothesis is that learning online without a proper teacher, plus OGS’s terrible scoring system that doesn’t follow the rules of Go, contributes to this mass ignorance.

That’s what they are taught, I guess.

I ever play with a Southeast Asian player, I kill his stones group at very beginning and then he kill mine in middle game, the win chance is little so I resigned and to do something offline. The another day I get online again to play Go games, I see his angry words:

“why u don’t review your game?”
“u are too rude to play with”
“u should not play Go”
“ur teacher is who”
“what name is your father”
“ur Go level so low”

In this situation, please refer to a moderator. they have good experience to smooth and keep our server an enjoyable place to come.

Yes, I reported him. But what I want to say is the Go teachers and lessons in Asia. It is the reason why they think we are rude. But I believe there’re many players don’t review their games around the world. Do u?

the Go teachers and lessons in Asia.

That’s far too general. Go teachers don’t act all the same in Asia, and go teachers outside Asia can act the same as go teachers in Asia.
From my own experience reviewing is much more a thing in face to face as online. Happens more often between strong players and friends. Dunno if there is a difference between servers based in Asia and other servers.