In round four, Dina played against Natalia Kovaleva 5d - last year’s champion. In the September edition of the European Go Journal you will find a commentary on that epic battle. 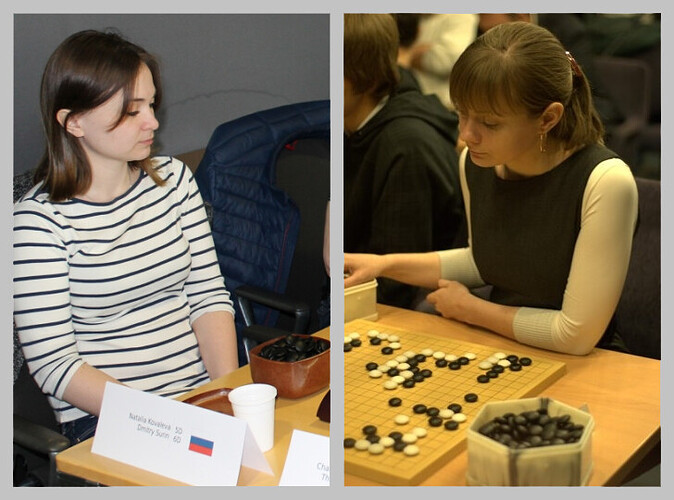 As the final was a best of three, Shin claimed the champion’s title after winning two games straight on the 13th and 15th of September, respectively.

In the September edition of the European Go Journal you will find a review of the second game of the final. 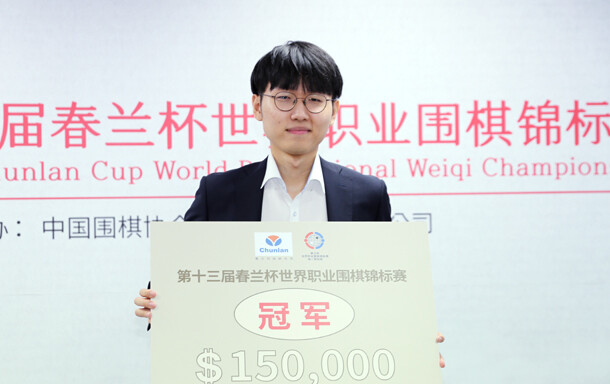 One might wonder: what is the greatest achievement of Western go players in international tournaments?

We talked with Ryan about that game and his life as a professional go player. Besides, Ryan is a Ph.D. student in atmospheric physics at Yale University and runs the New York Institute of Go - an educational center with around 70 active students.

Want to learn more about Ryan? In the September edition of the European Go Journal, you will find an interview with him.

Subscribe on Patreon until the end of September to receive this month’s edition automatically: European Go Journal is creating a monthly journal about the game of go (baduk, weiqi) | Patreon

To purchase a specific edition, send a message to journal@eurogofed.org.

Photo: Ryan with his wife Stephanie Yin 1p at the Brooklyn bridge in 2018. 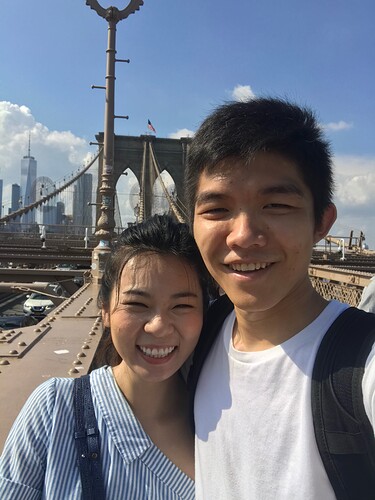 Have you ever taught newcomers to play go? How about teaching prisoners in jail?

Ilona Crispien from Germany taught a group of prisoners in jail to play go in a traditional way. Later she tried the concept of Yasuda Yasutoshi 9p: Ilona taught them “capture go” (also known as “atari go”) and compared the results of these two approaches.

In the September edition of the European Go Journal you will find an English translation of Ilona’s original German report.

Subscribe on Patreon until the end of September to receive this month’s edition automatically: https://www.patreon.com/europeangojournal

Learn all about Yasuda’s concepts and discoveries in “Go as Communication” book published by BOARD’N’STONES: http://www.boardnstones.com/09-All_Titles-90-BSV90.php

The picture was made for “Go as Communication” book by Camille Lévêque: Yasuda Yasutoshi teaching capture go to children. 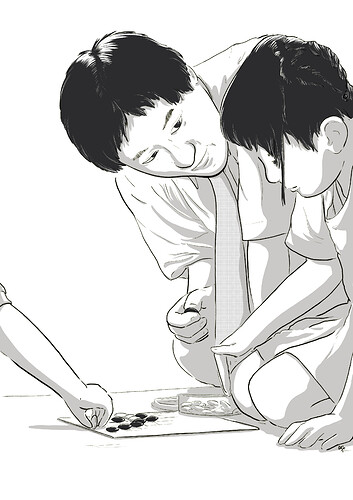 The September 2021 edition of the European Go Journal is now published! It’s available for purchase on our website: https://eurogojournal.com/editions/september-2021

Here are highlights of the September 2021 edition:

Illustration on the cover by Aleksandra Khokhlova from Omsk, Russia. 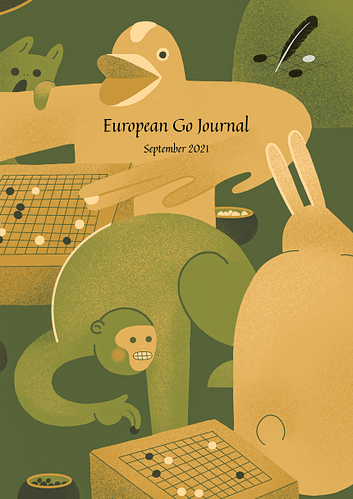 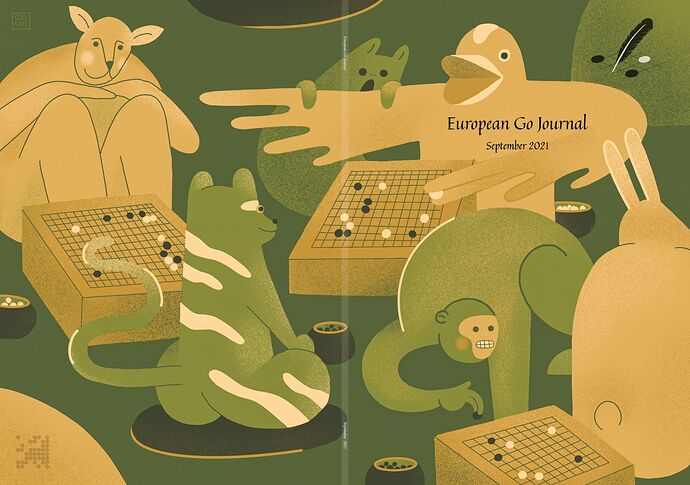 It looks like another good issue and looking forward to reading it!

Thank you for the feedback! Your comment I wouldn’t call the “side” one - we will take it into account!

One of the articles is open for free access. It’s a report on the European Pair Go Championship 2021 accompanied by an interview with Natalia Kovaleva 5d - one half of the championship pair.

You can find it on the website of the European Go Journal: https://eurogojournal.com/blog/surin-and-kovaleva-win-epgc2021

The September 2021 edition of the European Go Journal was printed and more than 130 copies are now on the way to subscribers.

This month the Journal travels for the first time to such countries as Singapore and Denmark.

Want to order a copy for yourself? You can do it on our website: https://eurogojournal.com/editions/september-2021

Delivery is included in the price! 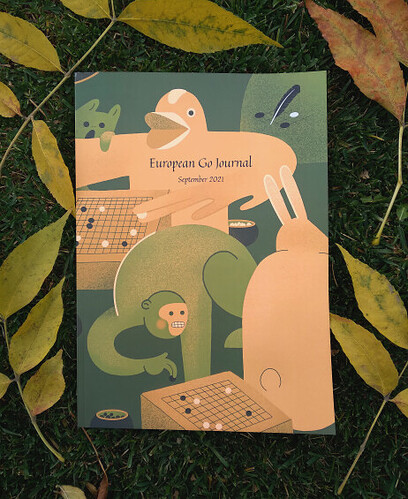 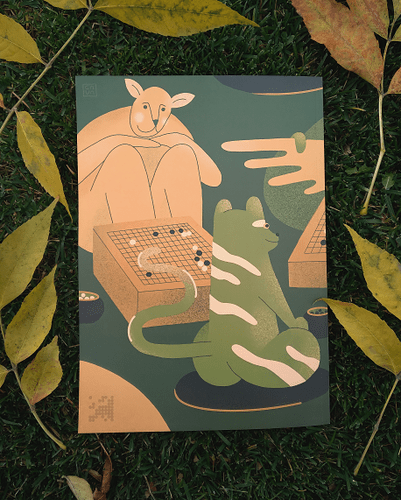 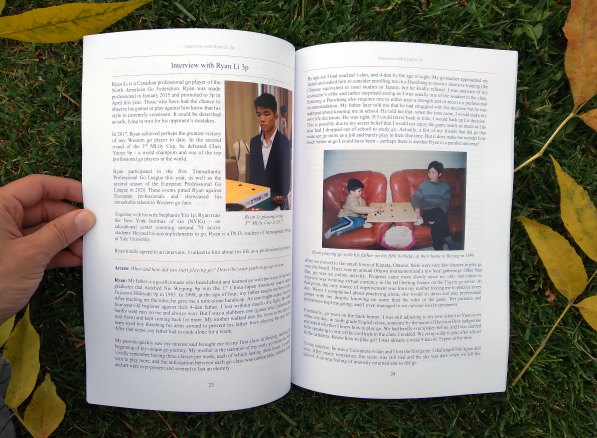 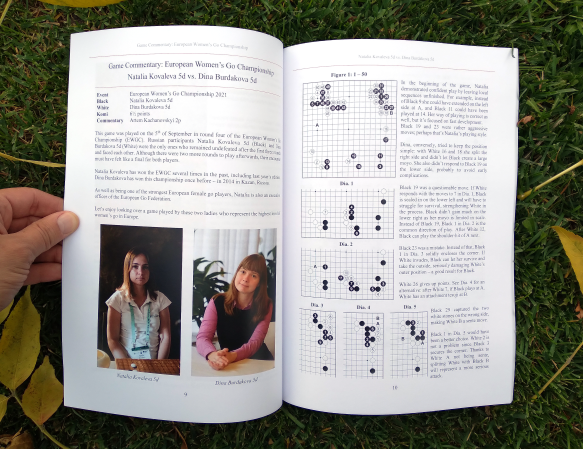 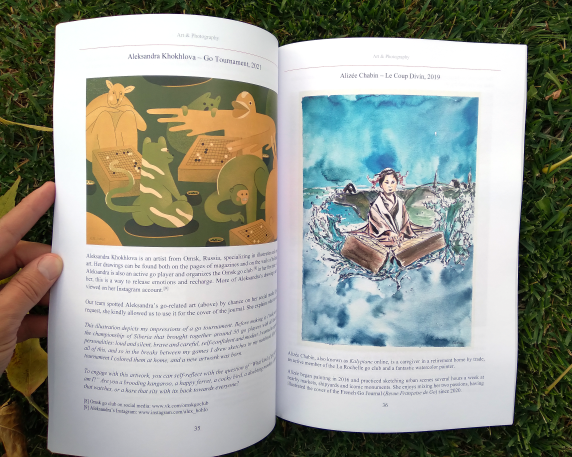