I always feel very weird with these translated words in my mother language that I know by heart from a foreign one.

I do agree that it feels awkward, but to put those words down as weird or ridiculous is a bit too much.
The Dutch Go Federation (de Nederlandse Go Bond) was founded in 1959. The knowledge of go and the orient then was much less that it is now. There was no internet yet which now makes vast amounts of go related information available with just one mouse click. In those days information about go was sparse and entered the European go scene in small amounts.

Certainly not everyone spoke or read English well. The founders of the Dutch go scene had to invent their own vocabulaire to be able to explain go to a young generation of ambitious go novices.

Yes, I agree with that. Only the translation of “sente” and “gote” as “voorhand” and “nahand” are a bit too much of a literal translation of the Japanese characters without actually capturing their meaning. Something like “leidende zet” and “volgende zet” would be more accurate as a translation and more understandable in Dutch.

And with a few mouse clicks …

After all those years of voorhand and nahand it would take time to get used to leidende zet and volgende zet. Think we are stuck with those terms for years to come.

Agree that leidende zet and volgende zet is more understandable.

Japan Air Lines seems to have sponsored many Go events for a long time.

For instance, they supported Takagawa’s visit to London in 1973.

#21 (September 1973), pg. 2, The BGA Greet Mr. Takagawa The Japan Air Lines sponsored and staged a most entertaining and educational Go session. This was held at the Hanover Grand Hotel Banqueting Rooms, Hanover Street, London, on Wednesday, August 1st. Place of honour was given to the greatest of all modern Go players, Mr. Takagawa. Mr. Takagawa gave comments on a game between his fellow countryman, Mr. Nakaoka, a 7th Dan Professional, and the British Champion, John Diamond. (…) There were …

Thirty years after your commercial, in 2002, they were sponsoring the Kisei (the one with a game held in England.)

Certainly not everyone spoke or read English well. The founders of the Dutch go scene had to invent their own vocabulaire to be able to explain go to a young generation of ambitious go novices.

I think a lot of Dutch go vocabulary was originally borrowed from German go vocabulary, because we were probably more influenced by German (go) culture than by English (go) culture before 1970. Sente and gote are often called “vorhand” and “nachhand” in German.

Agree that leidende zet and volgende zet is more understandable.

I would like to keep single nouns, like “leidzet” and “volgzet”, which would be like “lead(ing) move” and “follow(ing) move”. I still feel there might be a better word than “leiden” (“leading”), though “dwingen” (“forcing”) is already taken for “kikashi” (“dwangzet”).

One that I’d specifically want to change is anything mentioning “knip” as a translation of “cut”. I think cutting stones off is analogous to cutting people off in traffic, and thus should be translated as “afsnijden”, not as “afknippen”.

German go players translate “kiru” (“to cut”) as “schneiden”, which would translate as “snijden” in Dutch. Perhaps the noun form “schnitt” would sound a bit awkward/archaic in Dutch (“snede”), so they picked the verb “knippen”, because the noun “knip” sounds more natural in Dutch. But I agree that the meaning of “knippen” is more like “to clip” in English (as in clipping nails or hair).

When I saw afknippen, I could tell the meaning quite easily because it looks like its cognate English phrase “offnipping”, ie. nipping off.

Is that really a cognate? It seems that “nipping” is associated with snapping teeth/biting, but I don’t feel that “knippen” has that association. “Knippen” is more associated with using scissors or some other edged tool to pinch off something.

We also have “(af)nijpen” or “(af)knijpen”, which means “to pinch (off)”, when using your fingers or finger nails (instead of an edged tool).

This is very likely the case. Don’t know if it is true, but I seem to remember that go landed in Germany (maybe early 20th C. or even late 19th C.) before spreading to the rest of Europe.
Forgot where I read this twenty or more years ago.

Yes, it seems like the German engineer Orkar Korschelt was responsible for spreading go in Germany and Austria in the late 19th century. He used to play on 6 stones handicap against Honinbo Shuho, so I guess his level would be comparable to about 2d EGF nowadays.

I think that I should reread Michael Koulen’s Go. Die Mitte des Himmels one of these days. Most of the go books I know don’t pay any attention to the history of go at all. This one does 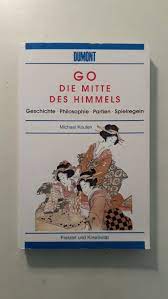 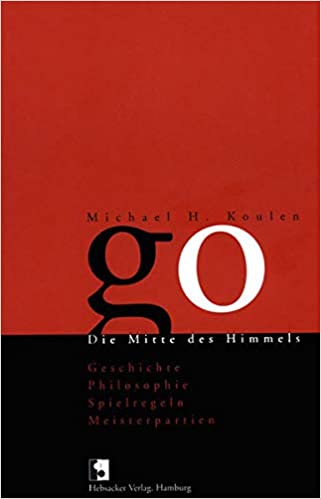 According to Ranka 1985, they sponsored the 7th WAGC. Perhaps they’ve sponsored all of them. 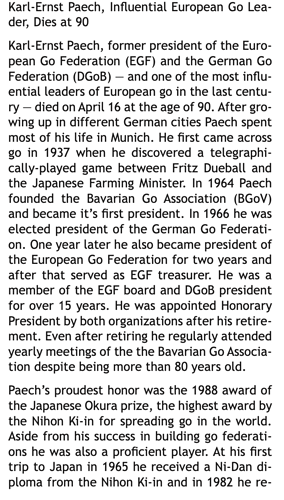 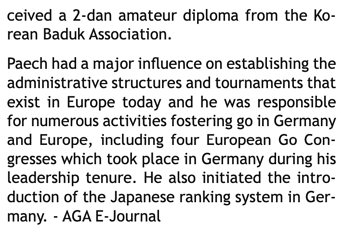 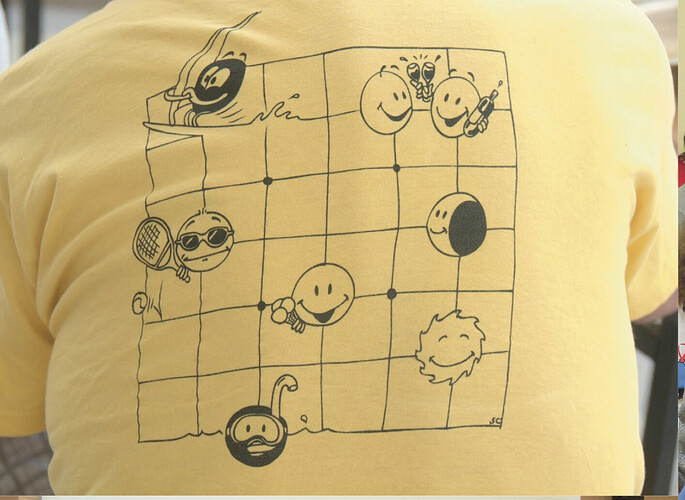 The end of Go World after 52 years 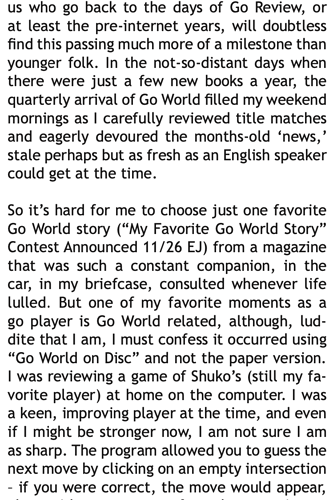 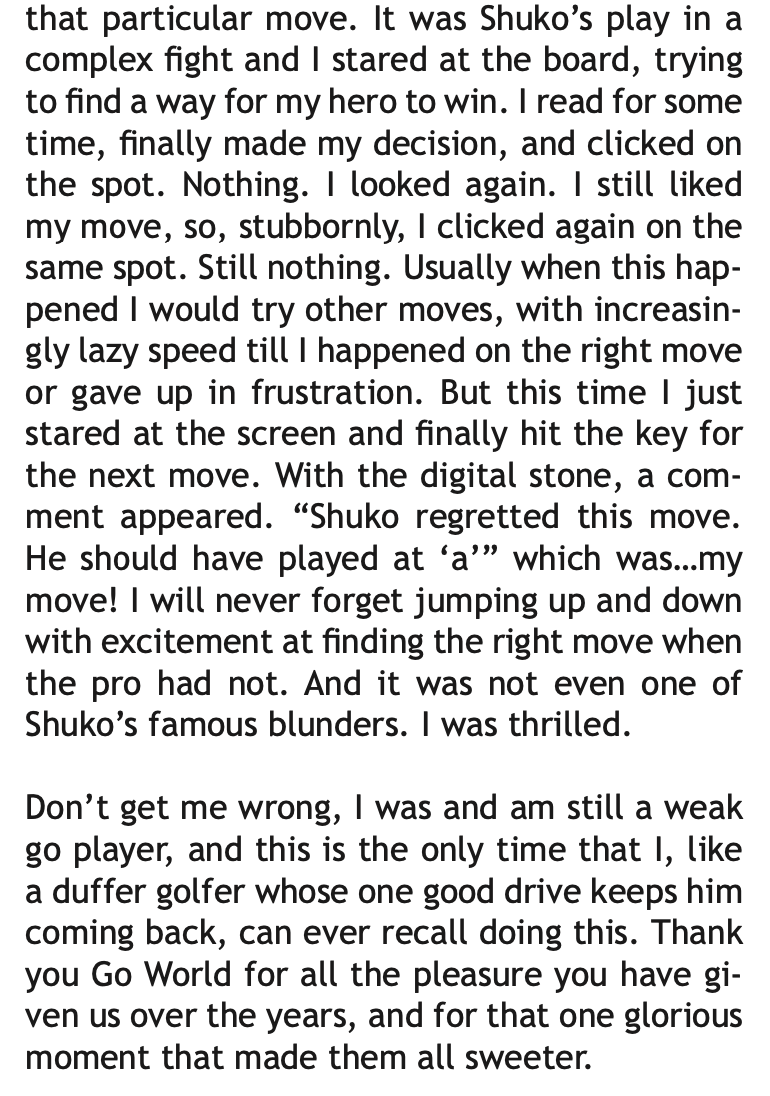 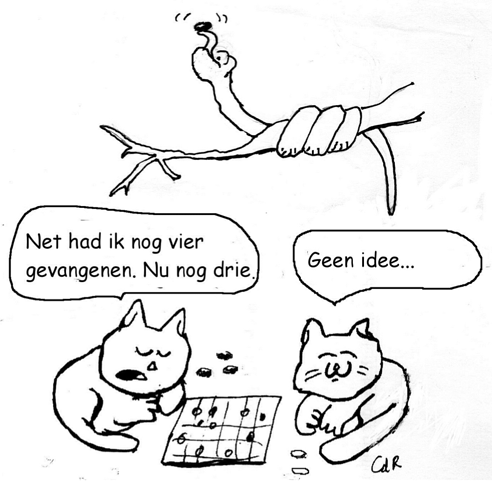 Text:
Just a second ago I had 4 prisoners. Now only 3 left.
~ No clue as to what happened. 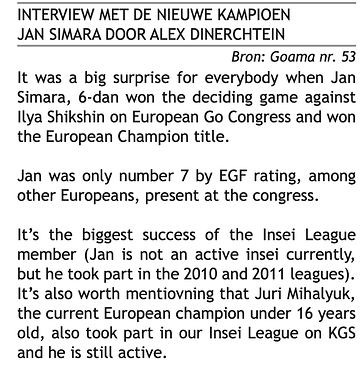 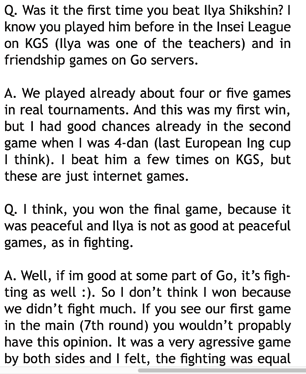 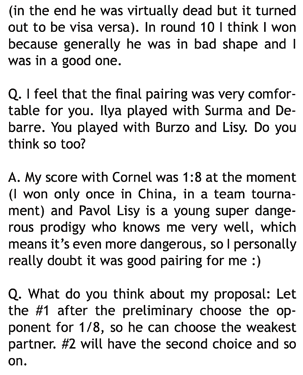 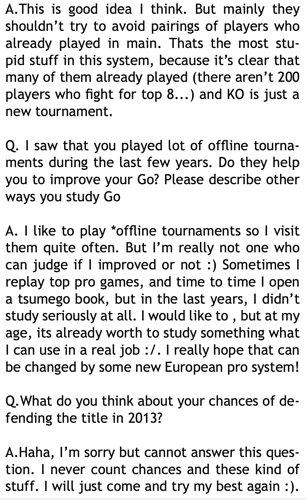 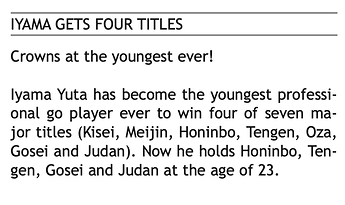 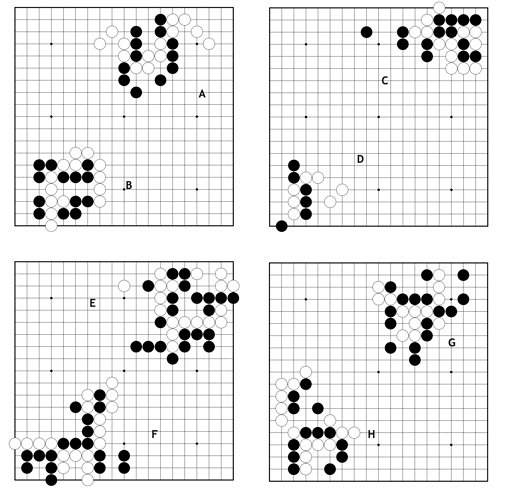 Voorhand is also a term in playing cards. So it may not be an awkward translation of sente.
My dikke van Dale (1999) about aan de voorhand zitten: het eerst moeten uitspelen, (fig) de eerste kans hebben.
No hits for nahand.

voorhand is another of those terms with good English intelligibility.

Not too hard to recognise that as sente in context, I think.