I am using Crazy Stone to study Go. I play 9x9 and run computer analysis which I use to see if the move I chose is good or bad.
My game knowledge is really bad (rules basically) and some moves I can explain , while others are difficult to understand.

In the position below computer thinks that D8 is the only good move, D6 doesn’t lose right away, and move C5 which I wanted to play is total garbage and loses the game.

My question is: what is the correct way of thinking here? Why D8 is the only good move? 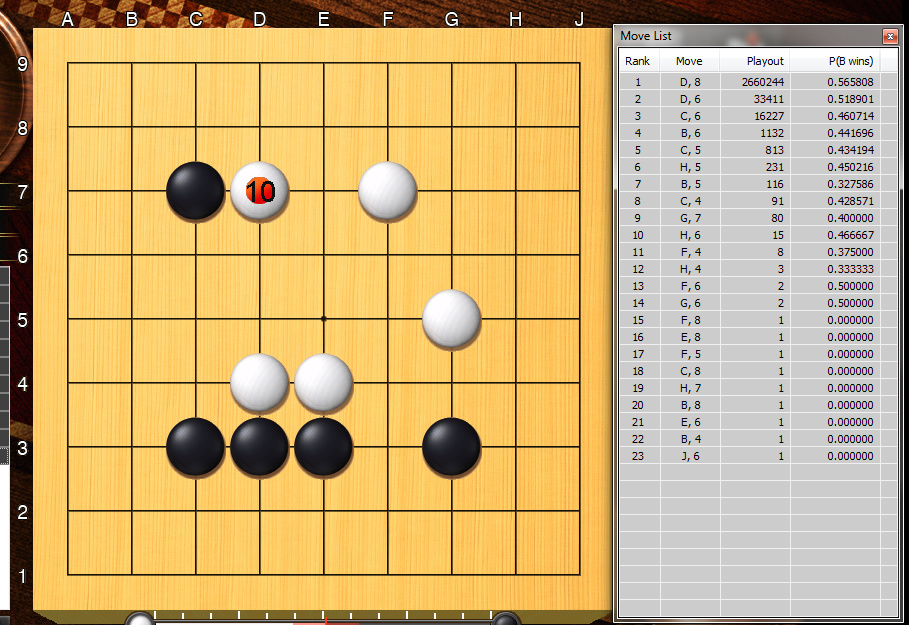 It’s basic instinct to answer a contact move with hane.

Between the hane at D8 and the hane at D6, the simple reason for D8 is that it helps Black live. Black would follow up with E8 or F8 if given the chance. If White plays at E8, Black can hit D6 and get both hanes, which is also atari on D7.

Although I’m not very good, I think I’m safe in saying that C5 is too passive. Black has to play aggressively in 9x9 to overcome White’s komi. If the colors were reversed, C5 might be an acceptably safe move.

If I may add - one of the big imperatives in 9x9 is splitting the opponent. I think I read somewhere that if you have more than 3 groups you are dead?

Don’t do aggressive or passive moves in middlegame because of komi. Count current opponent territory and do aggresive move if you are behind and passive if you are ahead.

Thank you. That makes sense.