when accepting short games, I seldom stumble upon “long” short games, with 1h initial clock.
I’d like to filter out those kind of games in the Custom Games list. Maybe a filter based on initial time?

I like this idea. I wonder how to make such a thing available in the UI in a clear way. Like would it be enough to allow the user to select a box on the game chart? 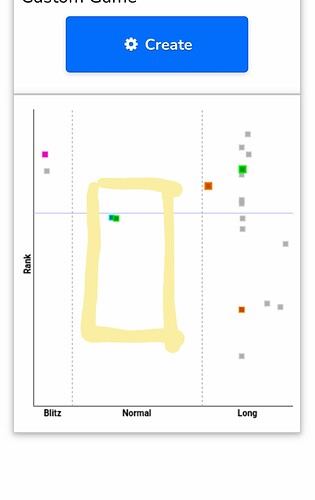 Interesting…I was just looking at trying a live game yesterday (obvs couldn’t actually being myself to do it).
One thing I thought was missing from the custom game list was an indication of likely overall game time. I realise it would be approximate but should give an indication as to commitment expected.