This is a flag guessing game. Each day, if there’s interest, I’ll post 32 flags which belong to gradually smaller countries and subnational areas. The game is to guess what area is represented by each flag.

Points are awarded as so:

Post your guess in a spoiler, and I will add your points to the score table below. 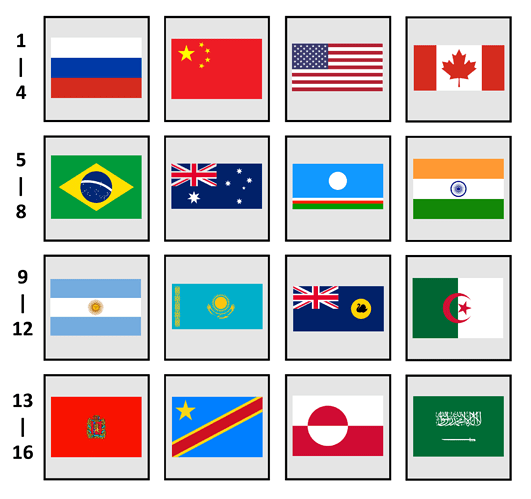 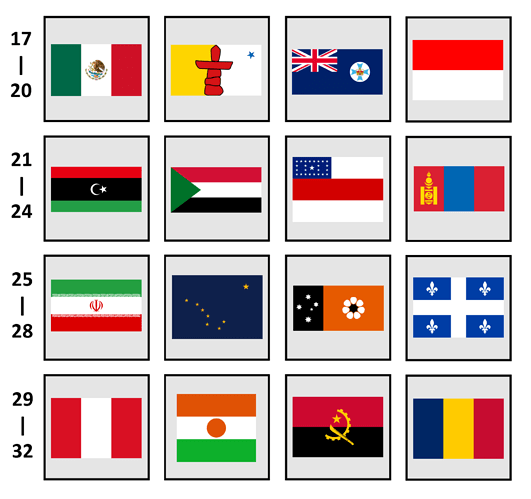 No-one up for flag guessing?

It’s a fun concept and nice-looking collection, but I think I’d be hopeless at this. Maybe if nobody gets it, you could give us the list in random order so we could at least try sorting and matching?

There are some tricks that can be applied to narrow the odds.

Here are some ideas:

OK, let’s try pdg’s idea. Here are the areas in alphabetical order (in the chart, they’re ordered by size).

For the easy mode, all you have to do is fit the names to the flags.

No-one up for flag guessing?

Give us time! This was posted last evening, and have just barely woken up

I used to be good at this when I was a kid because I love maps and flags, but since there was no internet and google 25 years ago, I only know countries and borders (with the usual issue with confusing small polynesian islands and sub-Saharan West Africa), so this might be a fun chance to learn more and see what I remember.

Up for the second round? I just finished preparing it.

@bugcat
And yes, I am ready for a second round, but I will see it tomorrow … it is 1 past midnight here 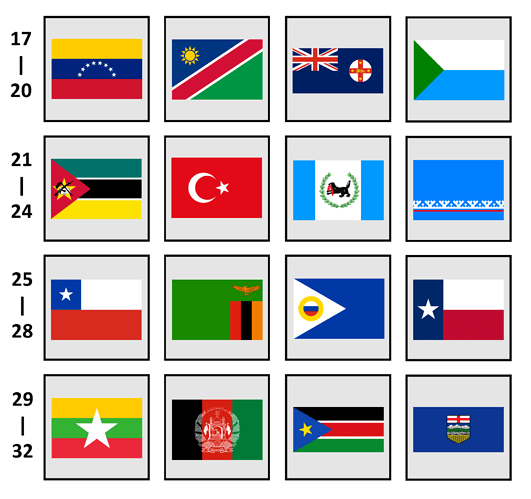 I couldn’t go to sleep with flag waving in my mind. Damn and it is Monday tomorrow too

The score table should be formatted as a table, with per round scores and the total for each player.

I’m going to run the third round in a little bit.

The way I’m going to do it is by putting the answers in a spoiler and treating it as a gentlemen’s game.

I’ll also include an alphabetic list of all the names in another spoiler, labelled Easy Mode List.

Actually, since we missed a few days I’m even going post two sets of 32. 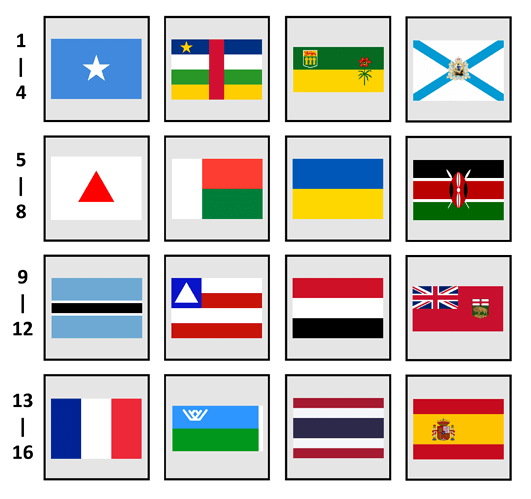 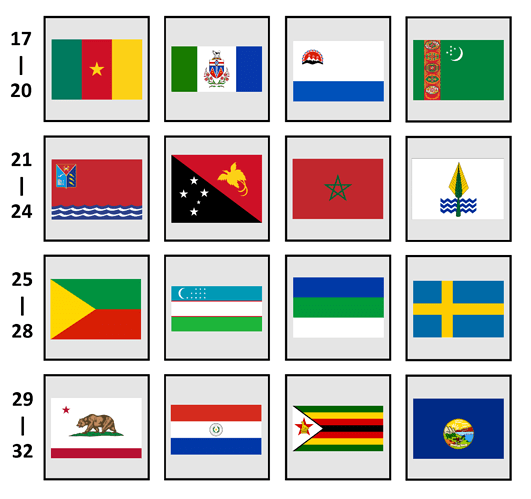