Here are a few I handpicked~

A mixture of difficulties. 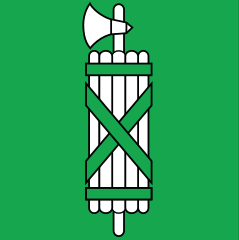 Oof, guessing will be tough, but I think I recognise a few

Thank you very much for adding “Republic of Florence”.

I live in Florence. I don’t know much about history of my city and never heard that expression. We often refer to the “comune”. I don’t know how is it called in english. “Commune” perhaps? Age of communes is a well known historical period in Italy.
Anyway I googled it and learnt something about my home city.

According to wikipedia the flag was a white cross on red:

The red lily on white ground is today the flag for our municipality.

Fun flag videos for your enjoyment

I’m surprised none of you got 7.! I thought that was one of the easiest.

About the flag of Florence I used, Wikipedia has this to say:

The flag of Florence, also known as the giglio (…) was the flag of the Republic of Florence between 1250 and 1532. The flag persisted as a symbol of the city following the dissolution of the Republic (…) [and] continues to enjoy usage throughout the city (…) the flag can be found on garbage bins, ambulances, and trolly poles

The only one I got was New Mexico because it’s the flag I always mention to people as an example of a US state which has an excellent flag, as opposed to the majority. I did know that the one right after was a prefecture of Japan, but not which one.

Ok I’m no specialist of flags at all but I got one for this little game.

Soviet flag of some kind, couldn’t say where.