Though one between B2 and E2. I think E2 seems more urgent, so I will play that.

Ok, here is the new position: 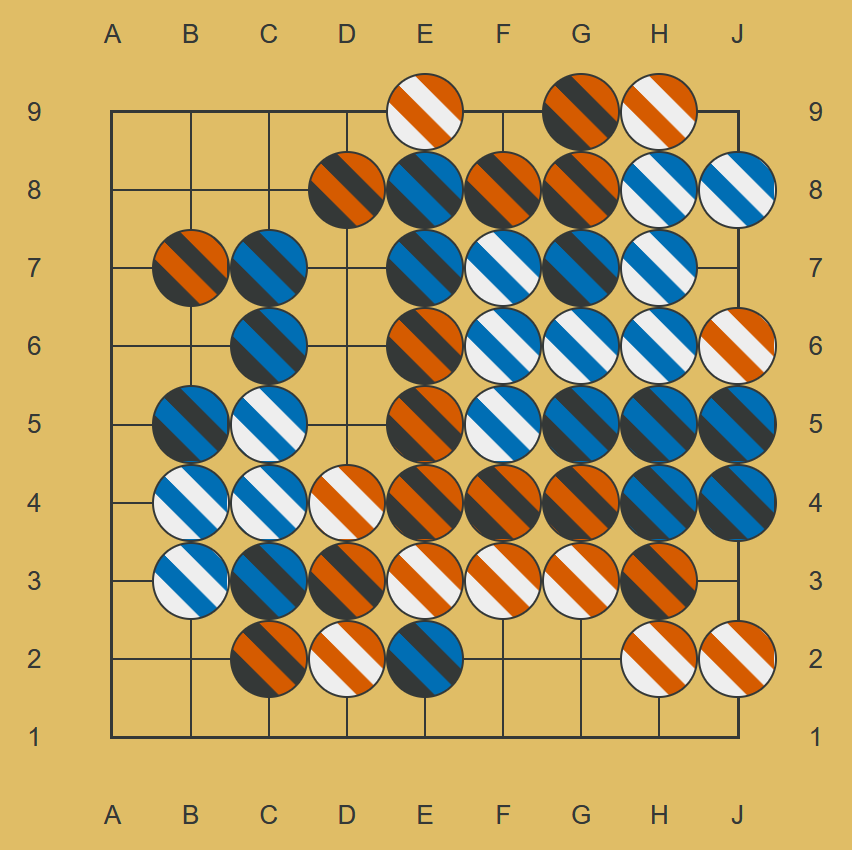 By the way, lately I’ve been thinking about possible setups for future fractional games. Although a diplomatic game mode is definetely possible and also promises to be fun, I like the clear incentives of the two teams setup. Furthermore it can naturally be extended to accomodate many participants, all play with two-coloured stones, one team colour and one shared with exactly one player on the opposing team.
Like @Vsotvep wrote earlier, the mode we are playing at the moment feels a lot like Rengo with additional possibility for stones getting captured. I dare say that with four players it still feels a lot like regular go, but imagine bigger teams, suddenly captures due to lack of liberties of the “secondary colour” will be much more prevalent I imagine

I think I have little choice but to play B2 now. 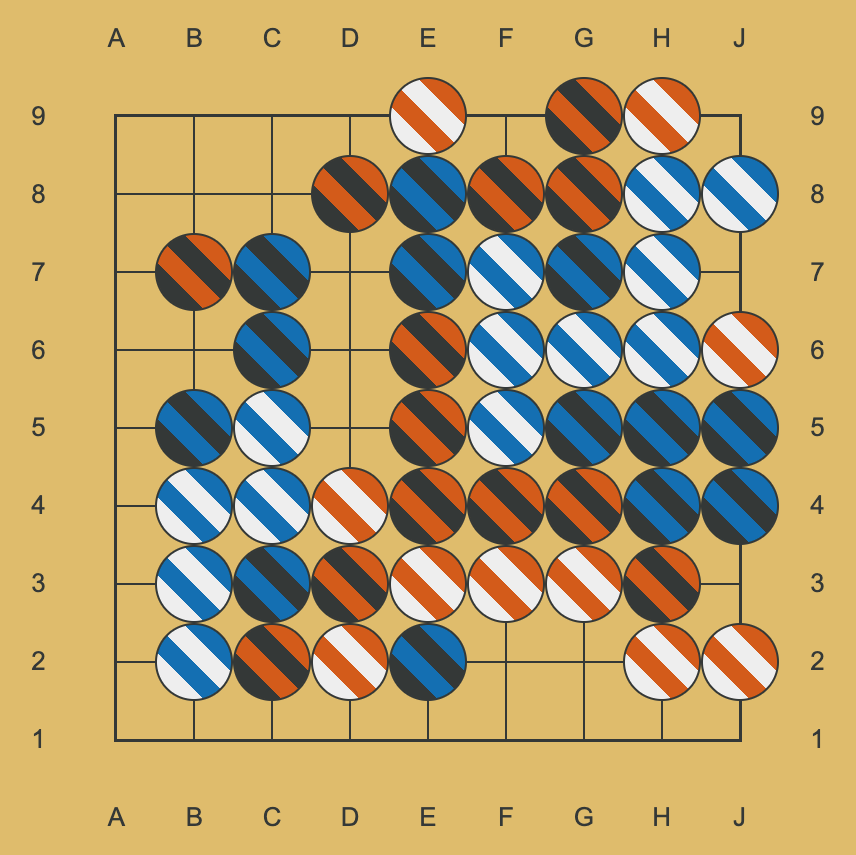 Not much to think about, so I’ll play D1 without delay: 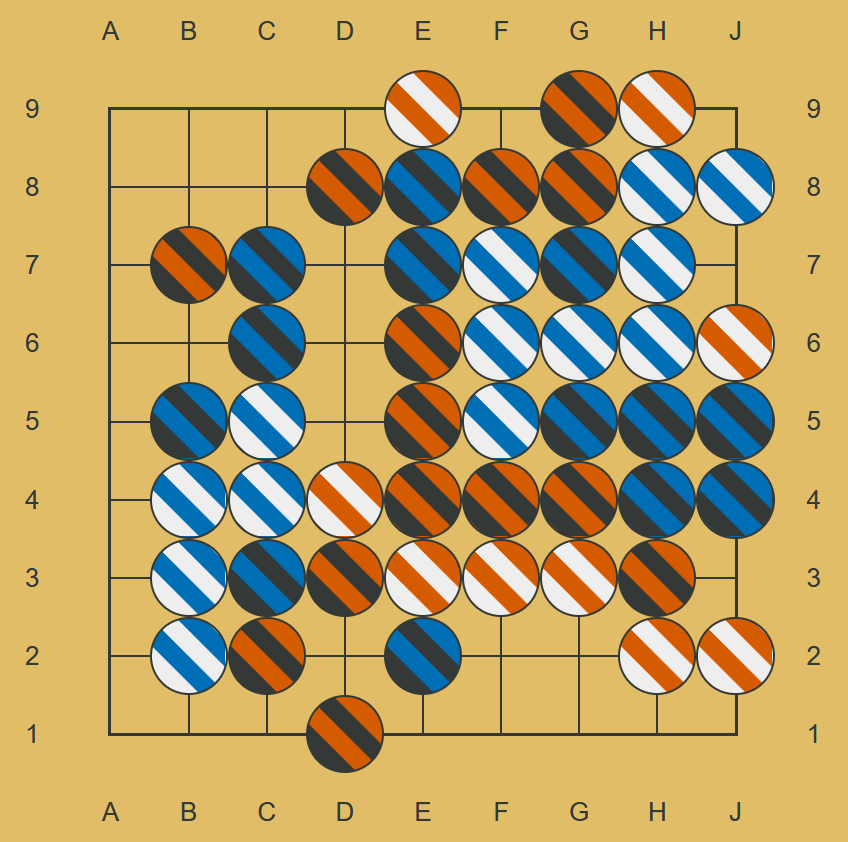 Sorry, I forgot that it is my turn. I think I should go at F2 next? That’s not a terrible idea, is it, @Vsotvep?

Edit: Oh, maybe it is not working, since they blue/black makes atari with F1, and blue/white connecting at G2, leads to red/black taking with G1, which necessitates another connect at G2, and eventually the red/white group in the bottom right gets smothered to death?

Maybe I just connect at G2 instead?

I think it’s our only move if this weren’t 4-coloured rengo, but I’m not entirely sure in this variant. F1 would be white-atari, which requires me to fill G2, but then Martin can capture that, since G2 is blue-self-atari, which would need an immediate G2 by white-red afterwards, bringing us to: 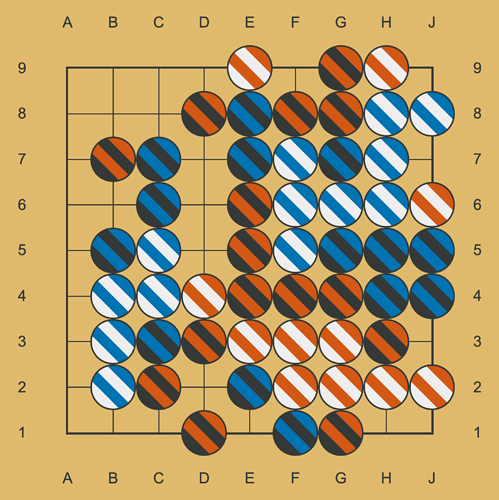 As another option we could play F1, I guess? Blue-Black F2 wouldn’t be as much of a thread if I fill G2, since all blue stones would form a chain: 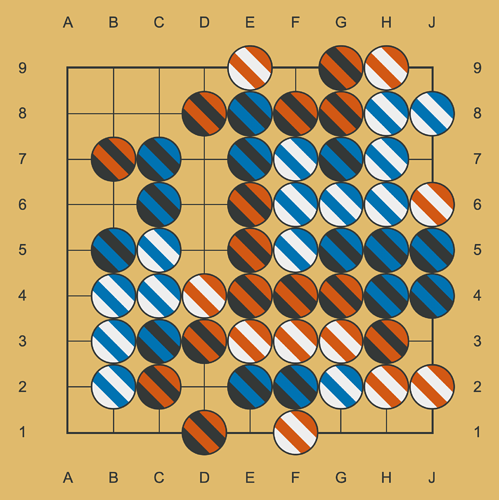 Those blue stones are going to be captured sooner or later, but I’m not sure if that’s necessarily a bad thing for us.

Ah, no, F1 is definitely bad, when Black-Blue plays G2 instead I have no way to save the group.

[edit] Or no, maybe I do, since there’s a Black-atari left, then… Oh boy, this is twisting my brains today…

Maybe just connect at G2 now? However, I’m not sure, and maybe should sleep on it. I’ve also just opened my second beer, for inspiration.

It helps, the inspiration.

Not really for playing Go, but it definitely helps with other things. Perhaps. 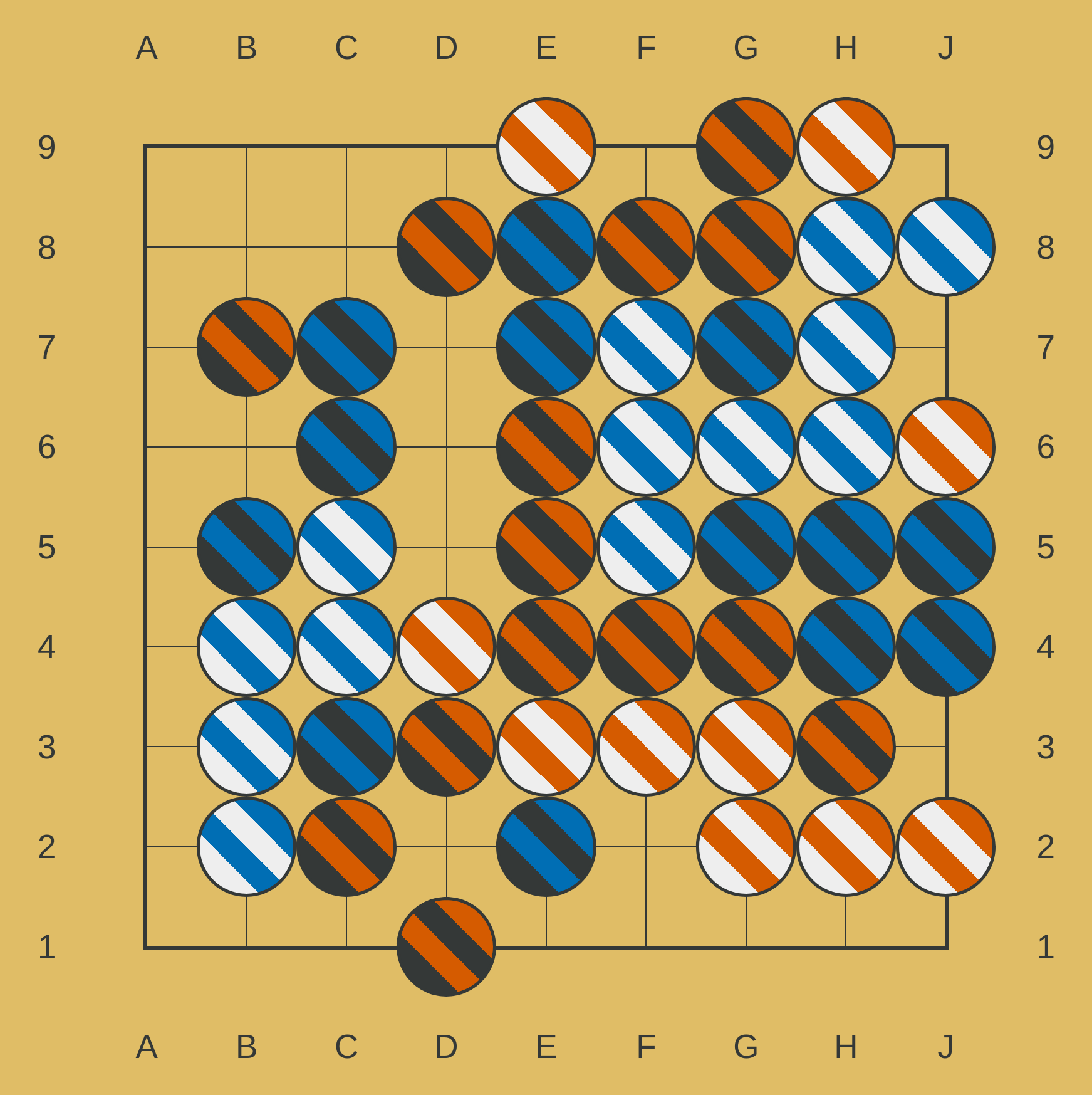 This looks way too easy to understand. Why isn’t this being played on an Escherian board?

I’d like to play B1 to keep the pressure on that group since we only have one eye now.

For me B1 or F2 are good candidate moves. Basically we need to decide wich group we try to captire, before our group runs out of liberties. So go for B1

Yes, B1 can confirm.

Ok, here is the updated position: 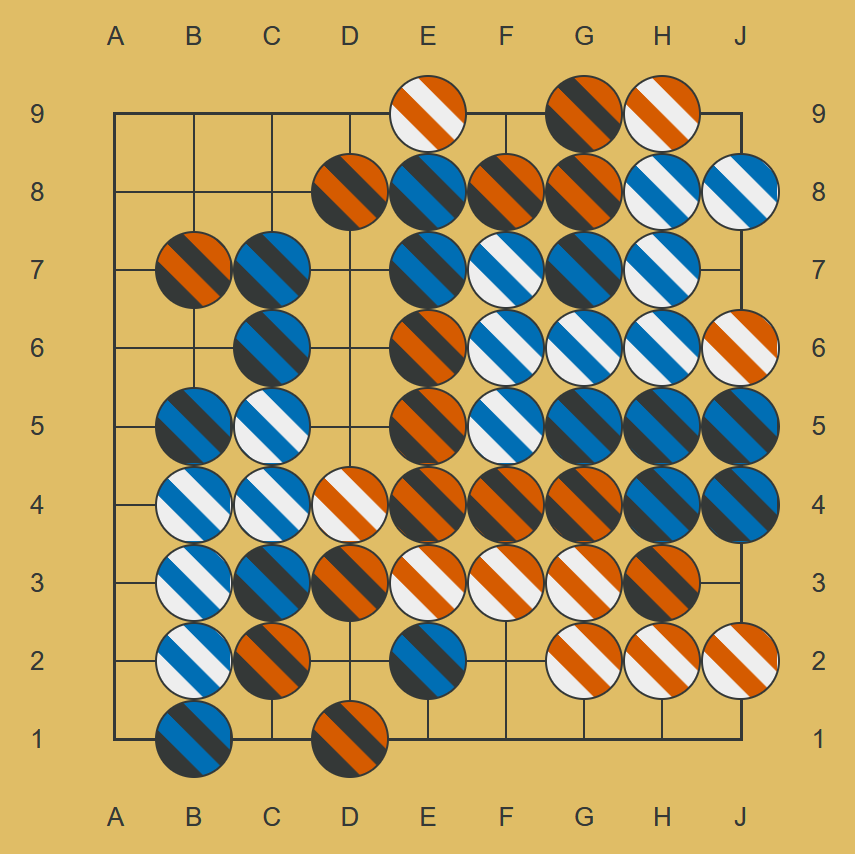 @Vsotvep what are your thoughts on the game?

@Vsotvep please remember that it’s your turn. I would really appreciate your move

I answer with F2: 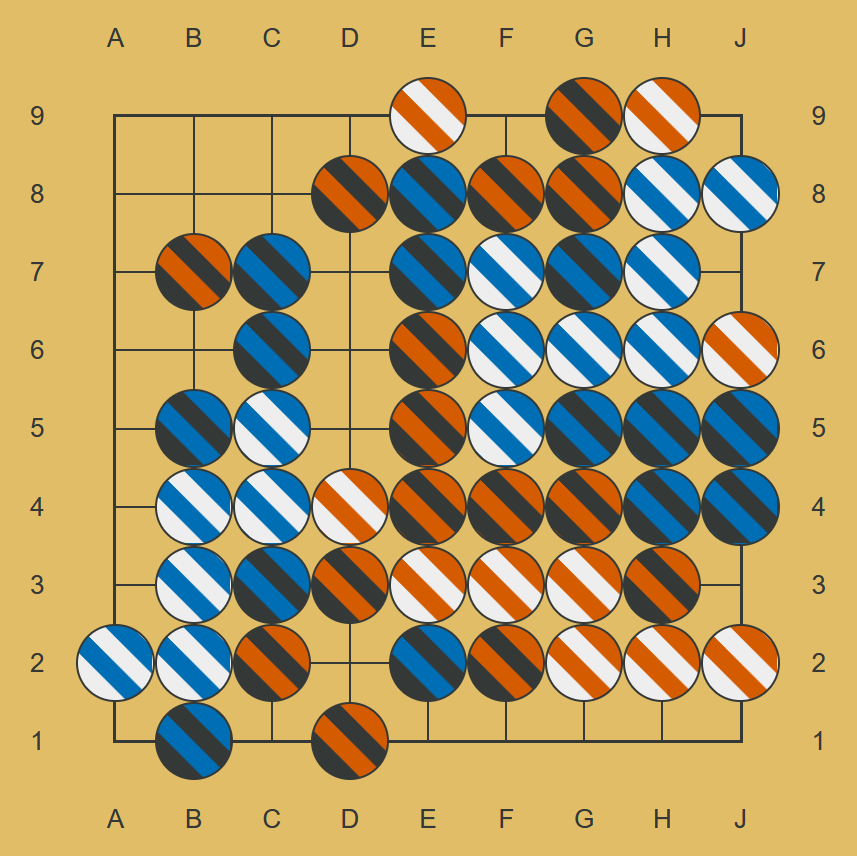 Regardless of how this game is going to conclude, I hope that everyone is having a good time. Personally I’m enjoying the mess