Since a couple of days ago, I’m having troubles with the left side of the board. It gets cropped a bit, which makes impossible to see the first line. Here’s the Chrome screen. It looks the same in Safari fullscreen mode. 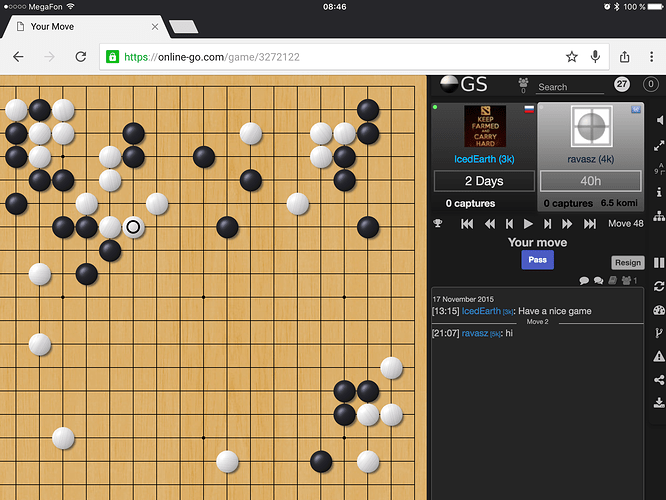 Ahh interesting, I bet I know what I did… I’ll get that patched up.

Great. And since you got close to this piece of code, maybe you could make it perfect by removing extra margins?

It now looks awesome (huge stones, yay) in fullscreen, but Safari doesn’t have one in tabbed mode. The board is significantly smaller with unnecessary indentation in place: 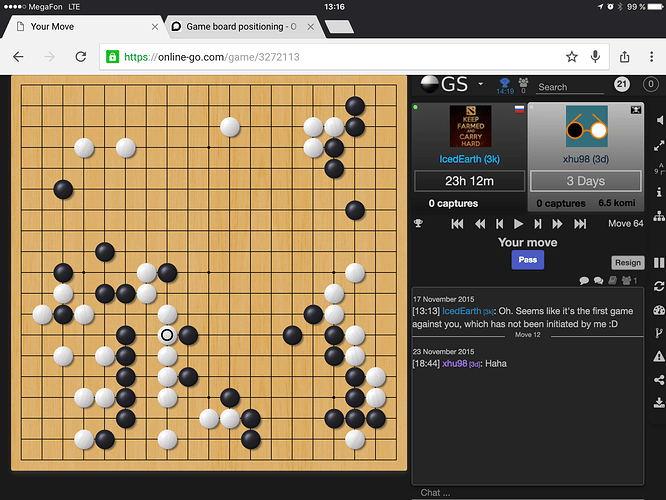 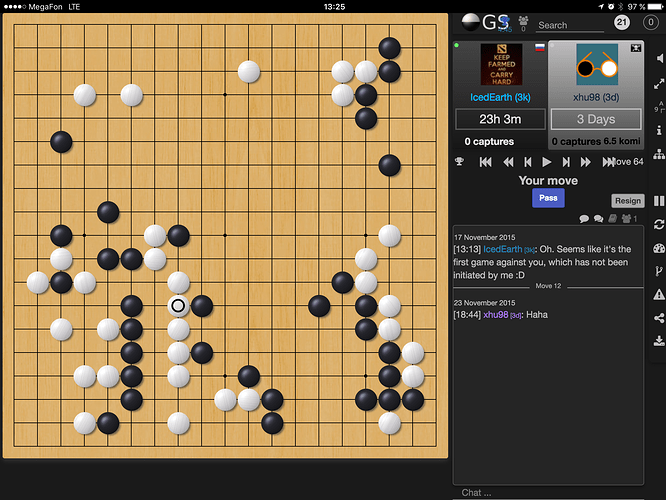 Mm indeed. Unfortunately that one isn’t an easy fix, it’s mixed in with some gnarly layout code. I do plan on doing some adjustments in there in the not too distant future though, I’ll try and make that behave better then

What does it take to make the code ‘un-gnarly’…?