My opponent took influence and corner by invading sansan after i pincered low between star point. Isn’t this too much? 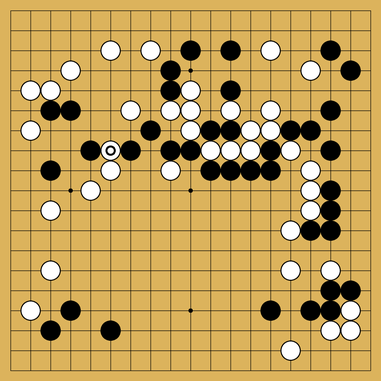 Well, some pros played it: https://i.imgur.com/NJ3PETf.png

Maybe the idea is that because White stones are floating and have cutting points it’s fine for Black?

Pros can use cutting points and 9 kyus can’t

Haha… it’s funny that someone would call this weird, because this was one of the first joseki I learned when I was like 12k

What you’re seeing is simply the longer continuation of that joseki. Modern thinking is that W’s influence is unsatisfactory compared to Black’s territory. Usually never played now unless the centre is priority. Corner invasion is not overplay and is liveable even with optimum play. But at the cost of foregoing reinforcing the centre group you set out to make in the first place.

I don’t think I’ve seen the 3-3 invasion, but this is certainly a joseki I’ve known for a long time (and still use)

But josekipedia says the 3-3 invasion is a mistake, but the refutation is far from brutal, so I’d label it as a situational move…

Josekipedia is the wikipedia of josekis. Take it with a grain of salt. Many variations are downright stupid.

I decided to use this joseki in one of my games: 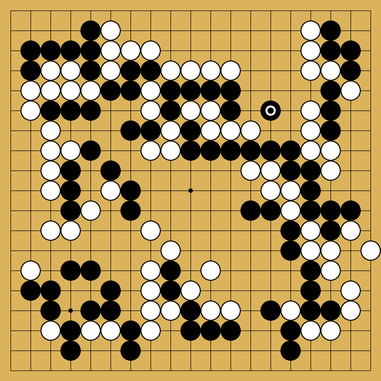 It worked great! I got the corner and then moved to a different part of the board. Eventually, I came back and started using the wall to build up the center. My opponent tried to invade/reduce, but it didn’t work and all of their stones died. It might be suboptimal for pros, but this seems like a fine kyu-level joseki.

I also found a game where Iyama Yuta, as an 8p, faced this joseki in a game against Kataoka Satoshi, 9p. 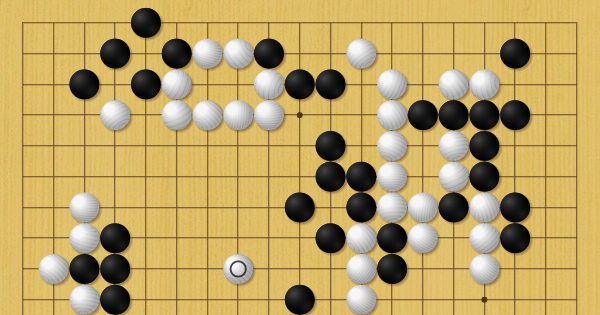 It doesn’t go well for Kataoka. Spoiler alert: everything dies!

Josekipedia is the wikipedia of josekis. Take it with a grain of salt. Many variations are downright stupid.

At a DDK level, it is often impossible to tell if a josekipedia entry is odd looking but ultimately good, or actually odd looking and stupid. I can’t see how to see who changed what, and debates are theoretically possible in “talk”, but almost never substantial.

I did not know that josekipedia was to be taken with a grain of salt! Given that, what is the recommended reference? I have Kogos disctionary in sgf, and an app that seems to be entirely based on Kogos, however both often lack the punishing of mistakes. (simply says “Mistake”, supposing you can figure out why yourself. Sometimes I can. Possibly. Maybe?)

Whatever Kogos does have. Afaik it’s all trustworthy because it was all compiled with love by a single guy from joseki books. Not entered with his own opinionated ideas of what the good variations are or not. And since it’s done by one person, there’s no one else to mess it up. Josekipedia was expanded from Kogos. With the additional helpful info comes additional rubbish.

… but Kogos is pre-Alphago, for what difference that makes. There’s at least one common new pattern from Alphago.