Hi,
Sorry I might sound crazy but is it possible for a game to vanish ?
I was playing ~twenty 9x9 correspondance games simultaneously and one of them had a particularly interesting configuration, I was looking forward to seeing how my opponent play it but a few days later I realised I cannot find this game any more, neither in my on going games, neither in my past games. I had not noted the game number, nor do I remember who was my opponent.
Has this happened to anyone ? (could be a brain glitch on my side)
Thanks

Did the player perhaps resign?
You can check this in Profile > Game History.
Just opening the last x finished games.
Would be surprised if a game would have disappeared.

No name, game number?
Looks like looking for a needle in a haystack.

You could try searching through your browser history. If you’re dedicated, it’s there somewhere.

So far as I know, that is impossible. A game and even whole channels might disappear for a time during a server reset, or some problem, and it will take several minutes perhaps to reload, but I never heard of something being permanently lost. The game should be either in your active list or in your history.

Of course, it’s possible. On OGS everything is possible.

It turns out I’m not the only one missing games from their profile. Watching other 13x13 games in case my opponent showed up - I can’t quite remember his name but I would recognise if it I saw it - I spotted another game that wasn’t added to either of its player’s profiles: The player icons don’t display either. They do display for other games in their profiles. I tired refreshing it a few times to see if the icons would load but they didn’t and one occasion I got a “internal error - unable…

Hi,
Sorry I might sound crazy but is it possible for a game to vanish ?

Yes. I had a finished game vanish on me recently and its happened to others as I pointed out in the thread that S_Alexander linked to. I spotted the two examples mentioned in that thread in about 10-20 minutes of observation so I suspect it is/was quite common but that many people aren’t noticing that they games they played didn’t get added to their profile

I’m inclined to think that some sort of subtle borking has been going on that isn’t as overt as missing move indicators, or problems with submitting moves.

I had not noted the game number, nor do I remember who was my opponent.

Can you remember when it started?

I regularly check my game history and never experienced that a game had vanished. Of course this doesn’t prove anything either way. I am only one of the thousands of players on OGS.

If we want to find out if this is possible, someone has to show some hard evidence, that can not be ignored. Until that happens, all we do is mere speculation.
I don’t exclude the possibility that a game could have vanished, because

Of course, it’s possible. On OGS everything is possible.

Prove that a game that has been played is missing, and then the mods / developers have something they can work with.

How can you prove that a game is missing?
First step: Write down the game number of each and every game you play.
Second step: Check your list of game numbers in your game history. If there is a game number missing you have your proof (additional data is welcome: a screen shot of the game info, a SGF download, special circumstances, etc.).
Third step: show your proof to the mods and they will look into it.

Only with proof of a vanishing game, action can be taken.
Without proof, it will remain talk and speculation. 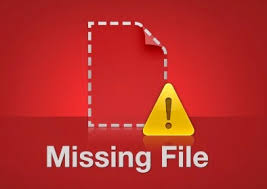 Two games were linked by dangermousse.

deleted because not relevant anymore.

Okay, a digital hug is fine.

Sorry I did not follow up: thanks for the Hint that it might have been observed. I ll do some more thorough research, in particular using my browsing history. Of course, it could be all in my head.