I was studying some boomer games the other day and I came across this game:

I was wondering if somebody else who’s studying games have any games in mind with this sort of theme? I know it comes up every now and then, so it needs no further introduction, but for some reason I feel like building a small collection with these situations just for the reference on the use and the direction of aji, since it’s a topic that’s very difficult to study.

Not only, but also just continuously using it via the outside threats. For example in that game, moves like e14, k18, that just make black think “just how much more will you milk these stones”?

That Yoda Ishida game surely black should have jumped at h14. That would have avoided getting kikashid so much later.

I recall Lee Changho being very good at this. I will keep this thread in mind if I catch a game with it.

But for now, I thought that this happens with some joseki. One that jumped to mind was this two space high pincer variation. The sacrifice stone always gets so much use. 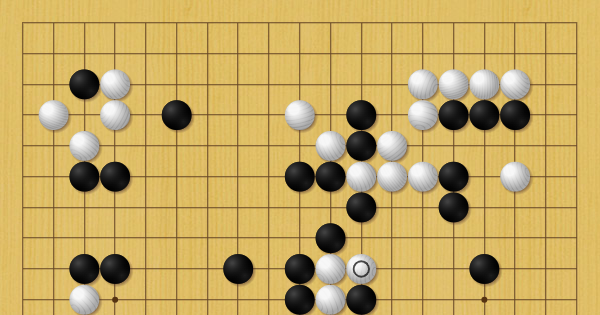 This kind of games happen everyday. Just go to Fox and watch how FineArt toys with pros lol

Watching this, when Redmond showed this variation 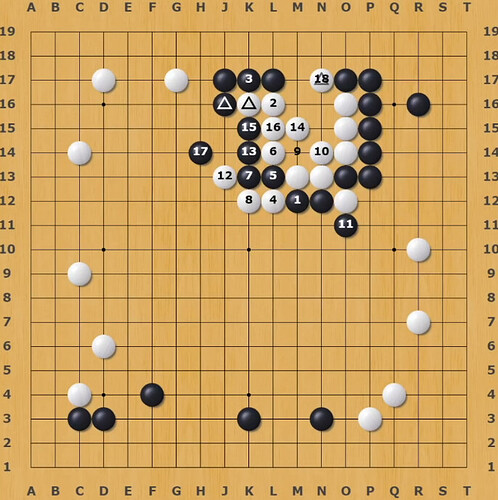 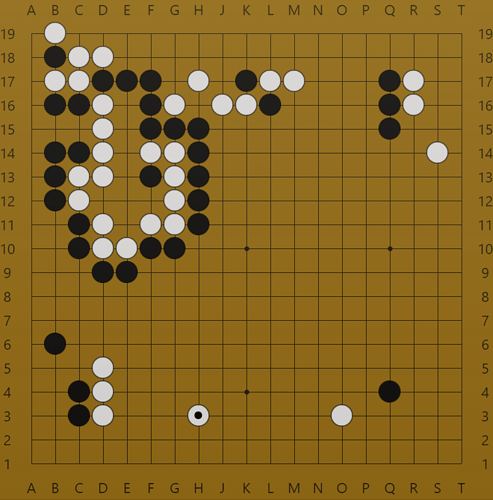 But either way go seigen games are always a treat to watch and to watch reviewed. Always a bummer to me how he went down just 5 years too early (5% of his lifetime) to see that he was right about so many things some 80 years ago.

I suppose this has a lot to do with the nearby white positions being settled, so it’s not so easy to get value from the resulting thickness from the surrounding.

Also in Park game there’s still h10 cut, I wonder if you give black a stone there does the evaluation flip to black’s favour.

Yes a shame Go didn’t live to see AlphaGo confirm so many of his ideas.

Also in Park game there’s still h10 cut, I wonder if you give black a stone there does the evaluation flip to black’s favour.

Adding a tiger’s mouth there and then passing brings white down from 85% to 58% in katago.

White never cut there but he used it in this very junghwan style later on in the game. I notice him using forcing moves this way in every game he plays recently. Very cool to see.