The next installment in the series of Starline’s Painstaking OGS Tables!

After a lot of research, and a lot of math, I made this table to find out how your rank will change! Bear in mind that these are AVERAGES. Do not come at me if they are slightly off.

The left column is your opponent’s rank relative to yours, so if you were a 1550, and played a 1580, you’d refer to the 30 in the left column. You guys can fill in the gaps I left here

If you’re wondering how these translate to kyu ranks, never fear!
Here’s yet another table!

11 Likes
Rating to Rank Conversion Visualized
Appreciation for the New Slider
And now I won another game and my rank went down AGAIN
Starline May 4, 2020, 4:33am #2

Yes, yes, I know, stuff about the 15 game window, but NO ONE CARES! I just put in a bunch of placeholder games, where the opponents were all equal strength, and the outcome was a tie.

I can ASSURE you, MANY people care… we get enough people asking “why did my rank drop after a win” that we included it in our FAQ

Sorry if I am just clueless or not understanding the chart, but how much would I move down if I lost to an opponent 900 rating differences above me? That should be my new strategy now

playing the people I will barely move down against. All I gotta do is catch them in a tournament or ladder challenge them.

The ranking win change looks linear enough? I guess that it is linear, because it is increasing by one-two-one-two
…
The ranking loss change is probably going to be close to zero, so yeah.
To the extremes, let’s say a 400 Glicko point person https://avavt.github.io/gotstats/#/user/636788
Beat a 3150 Glicko point person (any of the 9 dans) https://online-go.com/player/624668/ (Note: he got affected by the correspondence disconnection bug - look at his rank before that), The 400 point person would (by a linear extension of the Win Rating Change - it might not be linear but it seems that way) gain 200 Glicko points, and the 3150 point person would lose 200, but they would still be a 9d!

The default rank of an unranked player is 1150. I don’t remember the exact averages, but I found the average rank is significantly higher than that. Assuming 60% of games are ranked, I found a (small) “compensation number” to add, so everything aligns.

It is not linear!

Okay, maybe the math is not perfectly linear, but it has to be at least close to linear, right? I mean, it follows a +1, +2 pattern, right?

It is a sigmoid function. 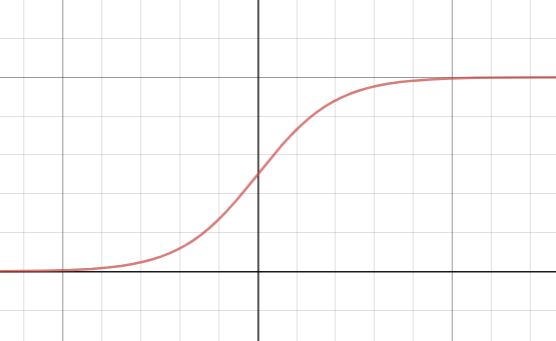 - I just realized this) obviously the maximum would be double the middle, or 48! That doesn’t match up with your numbers though. Hmm…

obviously the maximum would be double the middle, or 48!

this is not a perfect sigmoid function. Glicko is complicated.