I just can’t get my head round this! It is claimed there are more moves on the Go board then there are atoms in the universe.

Just think, one blade of grass or a grain of sand. Look up how many atoms make one of these two. Now expand out to field, a beach etc. How, just how is this a fact?

Perhaps this will make the idea easier to understand:

A state space is the set of all possible configurations of a system. It is a useful abstraction for reasoning about the behavior of a given system and is widely used in the fields of artificial intelligence and game theory. For instance, the toy problem Vacuum World has a discrete finite state space in which there are a limited set of configurations that the vacuum and dirt can be in. A "counter" system, where states are the natural numbers starting at 1 and are incremented over time has an infi...

It is claimed there are more moves on the Go board then there are atoms in the universe.

Well, no, there are more possible games of Go than atoms in the universe. But at any moment, there’s at most 362 moves (1 move for each coordinate, and passing).

I wrote a bit about this over here:

I think this topic confuses two things. People who think that “Go is far more complex” has the meaning that “Go is a lot harder / more interesting / profound than chess” are misunderstanding what is really meant when it is stated that Go is more complex. Complexity in terms of game trees has not really much to do with how difficult the game is for humans, but instead just is the measure of how many possible games there are. In this sense, Go is indeed vastly more complex than chess, since there…

and also an example why it’s not that interesting that there are that many games of Go:

Extra example: Consider the following extremely silly game, which I’ll call “first to claim the centre”. The game is played on a 99x99 board The players alternate between placing a stone on an empty intersection There’s no capturing mechanics, once a stone is placed it will remain there for the rest of the game. The game ends as soon as a stone is placed in the centre (tengen) intersection. After the game ends, the player wins who had the last turn (thus the first player who puts a stone on t…

Exponential complexity is just kind of amazing like that.

It is estimated that there are between 10^78 and 10^82 atoms in the observable universe (How Many Atoms Are There in the Universe? | Universe Today).

10^78 simply means a 1 followed 78 zeros, a number that one can easily write out in a minute or two on a piece of paper. Likewise, 10^82 just adds four more zeroes (while being 10000 times larger! Imagine 10 kilometers compared to a single meter, or 10 meters compared to a millimeter).

The number of legal positions on a Go board has been carefully worked out to be a number with 171 digits (see Counting Legal Positions in Go and Go and mathematics - Wikipedia). Although this number is only a little over twice as long as a 82 digit number, it is unfathomably larger. If every one of the 10^82 atoms in the universe was replaced with its own universe of 10^82 atoms, we still only have about 10^164 atoms, which is still 100000 times smaller than the number of legal Go positions.

As for the number of a games, Walraet and Tromp (see https://matthieuw.github.io/go-games-number/AGoogolplexOfGoGames.pdf) have shown that there are at least a googolplex (10^10^100) legal games of Go.

10^10^100 is a googolplex and means 1 followed by a googol zeros, which is an absurdly large number. Given that there are only 10^82 atoms in the universe, it is impossible to even imagine all of these 10^100 zeros being written down, unless one somehow managed to pack 10^18 zeros (one billion billions) onto each and every atom!

There is approximately 1 billion grains of sand in a 1 foot cube, now consider how many 1 foot cubes you will fill out if the Sahara desert, each grain of sand contains 70,000,000,000 atoms

Then do atoms in a drop of water/leaf/grass

Thanks for this, interesting, but not easy to understand at all. I am struggling still

Yeah, that’s a lot of sand! 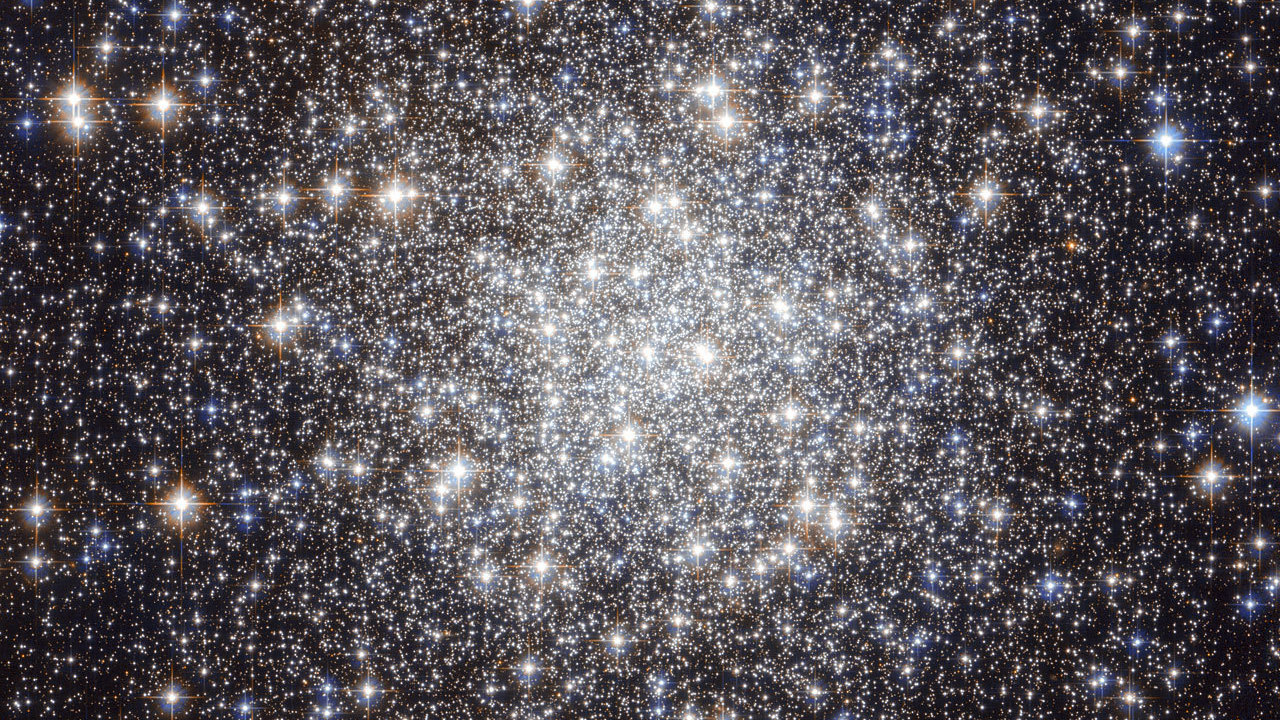 Which Is Greater, The Number Of Sand Grains On Earth Or Stars In The Sky?

Scientists have estimated the answer to this age-old question. However, the vastness of these big, big numbers can be limited by our human perspective.

And there are even more stars in the universe than grains of sand on Earth!

Now the population of stars jumps enormously, to 70 thousand million, million, million stars in the observable universe (a 2003 estimate), so that we’ve got multiple stars for every grain of sand — which means, sorry, grains, you are nowhere near as numerous as the stars.

But all of these numbers of still much smaller than the 10^72 to 10^82 estimate of the number of atoms in the universe.

It is said there are 10⁵⁷ atoms of hydrogen in just our sun alone. What about a red giant!!

Or number of atoms in a galaxy is 2 X 10⁶⁷… There are said to be hundreds of billions of galaxies !!

Thanks for the help but I’m just not getting my head around it.

Ok, so let’s explore these numbers a bit.

Now, suppose I have two cups. Now there are 32=9 ways the two cups can be: black-black, black-white, black-empty, white-black, white-white, white-empty, empty-black, empty-white and empty-empty.

If I had three cups, there would be 33 ways the cups can be filled (or not).

Now, suppose I have 361 cups. Now there are 3361 ways to either place black stones or white stones in the cups, or leave them empty. In other words, there are 3361 ways I can place stones randomly on a goban. Not all of these are legitimate board positions in Go, (there could be groups without liberties for example), but this is a mindbogglingly large number, around 10172.

It turns out that about 1 in every 80 random board positions is actually a legal Go position. If you know a little bit about computer programming, you can easily check this yourself by generating boards filled with random stones, and seeing if there are any groups without liberties. I might make a simulation myself later to illustrate this.

So, the number of legal Go positions is mostly huge because many Go positions are simply random stones thrown on a go board.

If I have a Go position with 1 Black stone and 1 White stone, then there is only 1 possible way we can reach that position, by playing the black stone first, then the white stone.

That means that the total number of possible games of Go, is at least somewhere around 10397 x 10170 = 10577. Why at least? Because we’re currently only counting games where none of the stones are captured. There’s no long ko fights, no filling the entire board and then capturing everything and start over again, etc.

Anyways, I hope that explains a bit why these numbers are so large.

It is said there are 10⁵⁷ atoms of hydrogen in just our sun alone.

The 10^78 to 10^82 estimate of number of atoms in the universe is actually based on a calculation just like this. Let’s round up the number of stars to 10^23. If the average mass of the stars is roughly the same as our sun, then the average number of atoms per star is also roughly 10^57. Multiplying 10^57 times 10^23 yields 10^80. Even if we conservatively assume that our sun is 100 times smaller than the average star, that only changes the calculation to 10^82.

There are certainly much, much more massive stars than our sun, but they are also rarer, and probably don’t skew the average that much.

What about a red giant!!

It is worth noting that while a red giant can have a much, much large diameter than our sun, it might not necessarily be significantly more massive. Eventually, our sun will become a red giant (see Sun - Wikipedia) while expanding its diameter by several orders of magnitude to probably engulf the orbit of Earth. However, at that point it will actually have slightly less mass than it currently does (since it is gradually losing mass in its solar wind), and there will be significantly fewer individual atoms (since much of the hydrogen will have fused by pairs into helium).

Vsotvep and yebellz very informative posts to a question I presume must get asked a lot on here, good work and easy to understand

Note the word “observable”. We don’t know how big the universe actually is.

Thank you for this. Just one issue, isn’t black-empty and empty-black the same thing? Besides that this has helped me a lot. Thanks again.

Permutations and perturbations?? I remember covering a similar situation with red blue and green counters, and those two words changed how many variations are counted, been a while so I’m rusty.

Agreed, I read that as we can only observe a small percentage of the universe, that would mean it is finite as the light in the universe would have had infinite time to light up space had it’d be infinitely large.

For the sake of my argument these are different. But you’ve got a point here: generally we don’t count a Go game differently if it’s rotated or mirrored. So, we have to divide our total by 8 again to compensate for symmetries (4 ways to rotate the board, times 2 for mirroring). However, dividing by 8 is not really going to change the magnitude of the numbers.

I mean, this doesn’t change anything: the colour of the stones don’t affect how many different options there are

This has been alluded to in the previous posts, but I think the best attempt at understanding these things intuitively is not to focus on the numbers involved (which humans cannot truly understand anyway), but to instead consider the mathematical operation combining them.
Sure, there is an incredibly large amount of atoms in a star, there are incredibly many stars in a galaxy, and there are incredibly many galaxies in the universe, but, crucially, to get the total number of atoms in the universe, these numbers are only multiplied.
The number of possible Go moves, on the other hand, is roughly equal to (number of possible moves per turn)^(number of moves per game), so its calculation involves exponentiation.
In the end, it boils down to the fact that relatively small numbers combined through exponentiation can easily become larger than huge numbers combined through multiplication, which I think makes sense after one works with this kind of maths for a while.

Thanks for all who have tried to explain this to me.

But my problem still remains.

I must be to dense to understand this correctly, so I give up and just accept it’s true.

Thanks again and apologies for my lack of understanding!