This is a thread for recommending and reviewing go books.
This review is from the perspective of a 12 kyu.
Rating is how much I enjoyed the book.
Practicality is how much stronger at go I got from reading a book. 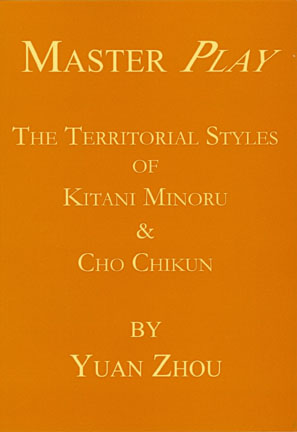 Master Play (Series by Yuan Zhou AGA 7 dan) - The territorial styles of Kitani Minoru & Cho Chikun
I bought this from Slate & Shell.
Target Audience: (AGA) 15 kyu - 1 dan
Rating: 8/10
Practical: 1/5
What I thought:
Yuan Zhou is extremely good at explanations. This 106 page book goes through 2 of Kitani Minoru’s solid game plays and 2 of Cho Chikun’s territorial games. It was made from tapes of Yuan Zhou teaching 2 of his students. One student is a SDK and another is a dan player. It is detailed enough that 15 kyu or higher will be able to understand and learn so much from. Kitani and Cho uses strong moves to overwhelm opponents. Their unique moves defies the normal OGS’ player logic. I rated it 1/5 for practicality because using such moves is difficult for people who don’t play territorial. Modern go is also very different and their style is not used anymore. 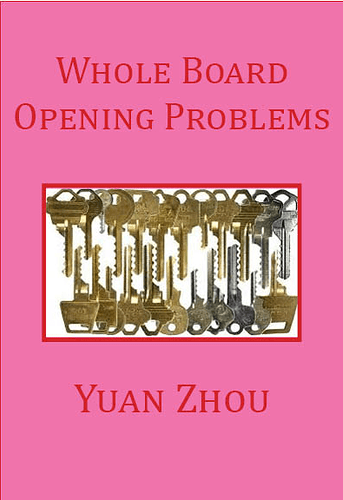 Whole Board Opening Problems by AGA 7 dan Yuan Zhou
I also bought this from Slate and Shell
Target Audience: (AGA) 12 kyu - 1 dan
Rating: 8/10
Practical: 5/5
What I thought:
This 100 page book is super practical for gaining strength in the opening. They take 21 actual games from SDK to pro and examine 3 potential playing choices. You take an educated guess at where the best playing spot is. On the next page they will have explanation of where the best playing spot would be. I can usually guess SDK and dan level game plays, but pro’s plays are harder to guess. I’ve learned timing of 3-3 invasion and balance between attacking weak groups or strengthening your own as well as which side to block. I definitely became 1 stone stronger just be reading this book. It is a little hard for 12 kyu, but I managed to understand and learn. 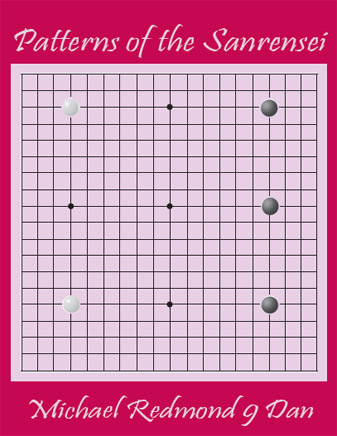 Hi @Peng15
I like the idea, so here is my addition: So you want to learn go 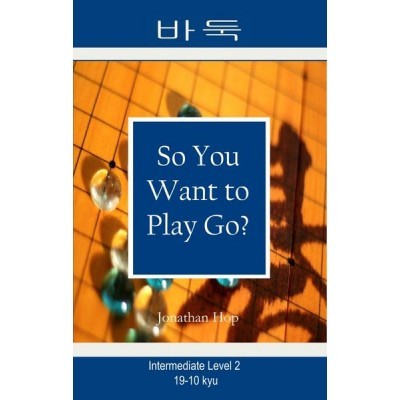 )
I read both Level 1 & 2 and found them easy to read with well structured problems. Every few chapters is a “relaxing” chapter with stories of the go world.
The rating of 19-10 kyu fits more or less. The book is also available as an ebook edition which works quite well.

Above all else, I dislike Go books because, of the confusing diagrams. Does anyone get tired of losing their place, in a 7 stone sequence?

Ebooks are definitely the answer to my prayers. The diagrams are animated thus, the reader can follow the text in sync with the stones being placed.

I believe ebooks will be an incredible resource for improving my game. I cannot say enough about ebooks on Go, notably more efficient than traditional txt and picture books, great fun and easily purchased online.

Got to love the misaligned cover that makes Black’s sanrensei look like a Manchurian fuseki.

How that got published I’ll never know.

sometimes it can become too easy, too passive. besides some charms of the paper thing, in many cases it’s advised to put stones on a board, or in case to be more online, on a demo and search without playing the sequences.

How is there already a book out about last year’s Shin 7–0 Park match on Namhaedo?!

That’s quick publishing! And it’s been out since at least March.

I must beat the Japanese 9-dans. Move X showed good judgment and took the whole board situation into account. One must come up with a battle strategy that is based on detailed analysis. Memorize these sentences and you will have absorbed 75% of the content of “Nie Weiping on Go”.

Curiously, the first 27 pages of this go book contain no go at all, but rather a biographical sketch of Nie Weiping’s childhood and early career. Poorly written and rife with nationalism, the chapter was likely inserted by a government propaganda officer and contributes little to the overall book.

The actual go content of the book is divided into several chapters, including forcing moves and utilizing thickness, each ostensibly related to the overall theme of positional judgment. Illustrating each concept is a collection of game commentaries, showing how a particular theme played a role in a Nie Weiping win over (you guessed it) a Japanese 9-dan. After suffering through the initial biography, I had hoped that the commentaries might contain a few grains of useful advice, but this was not to be. With the exception of the last two “fully annotated” games, a typical analysis gave a half-dozen variation diagrams accompanied by a largely superficial commentary, which included such trivial advice as “Knowing one’s enemy like oneself wins all battles.”

“Nie Weiping on Go” appears to be more of a propaganda piece than a serious effort to teach go. Players interested in positional judgment should consult the book of the same name, while those wanting in-depth game commentaries would do better with a Go World subscription. Overall, this book is a disappointment.