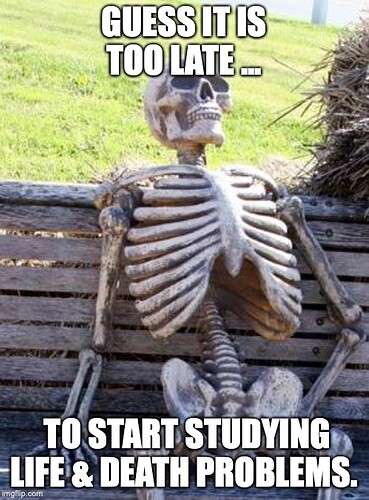 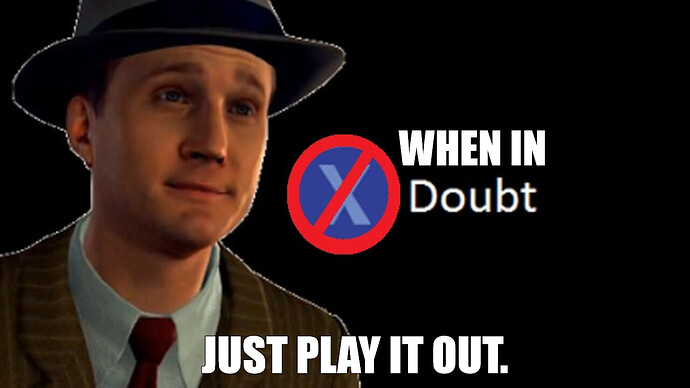 a new take on a classic meme, using stills from a classic film 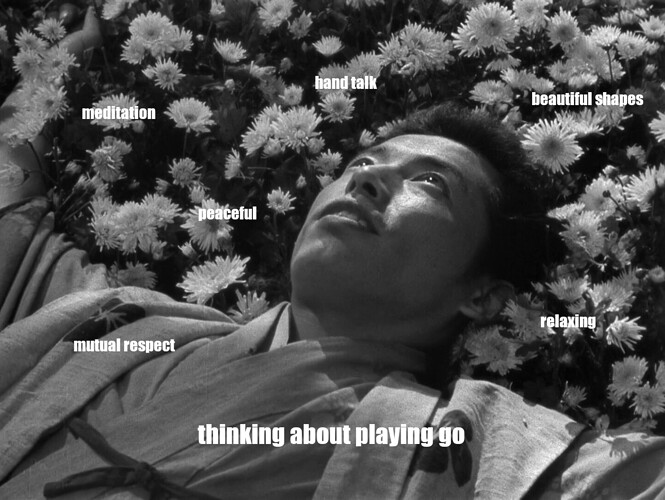 There’s not such thing as “too crazy” 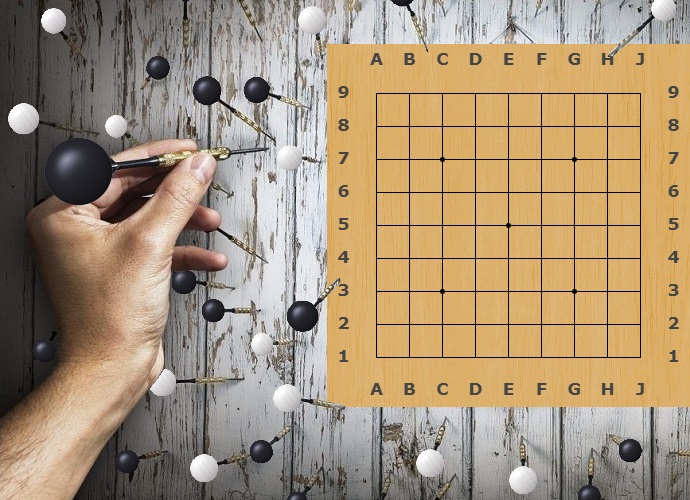 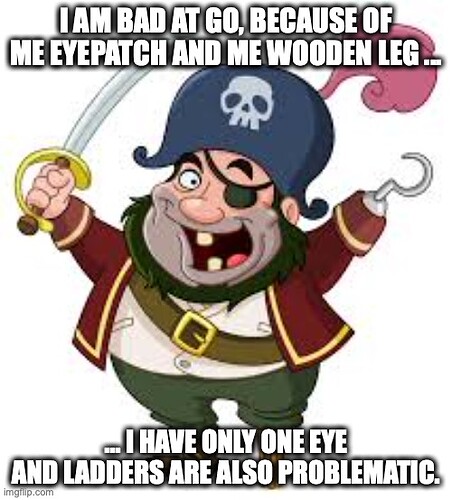 I’ve suggested incorporating darts into the game, along with other forms of handicapping and/or turning Go into a drinking game.

Perhaps we could combine Go with darts. As a handicap, White has to throw darts at a paper copy of the board on a wall in order to play their moves. Or maybe both players have to play by throwing darts, or maybe it is something that Black can force White to perform by taking a shot. 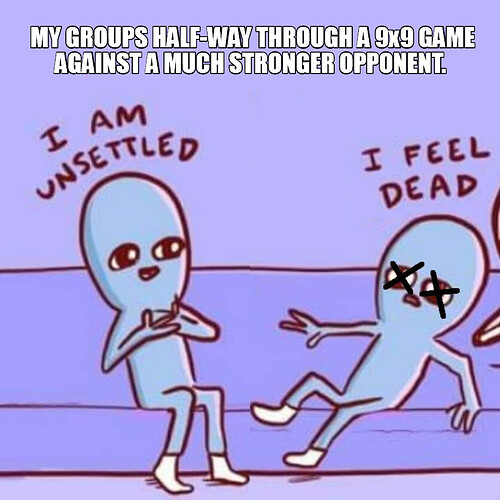 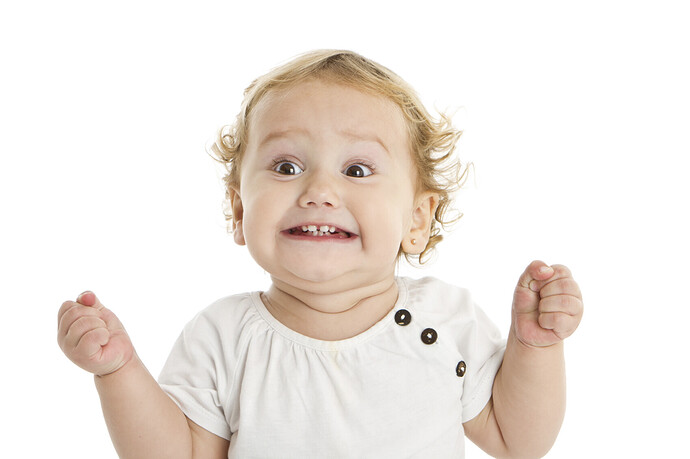 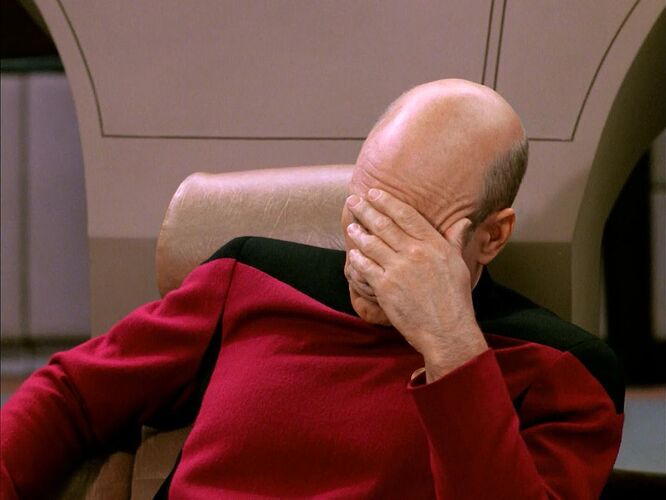 what anoek thought would happen when he announced AI score estimator

This could be interesting to generalize to any projectile sport. Ask the players to find a size target and range at which, when they throw/release/fire at an intersection, that is the intersection they are closest to n% of the time.

could be interesting to generalize to any projectile sport

Another Go variant by @yebellz that begins with the letter “D”

hmmm, incorrect use of the mouth mask. 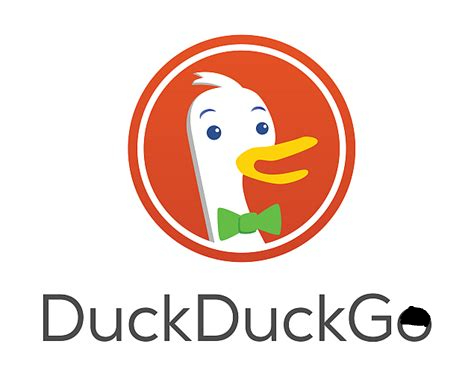 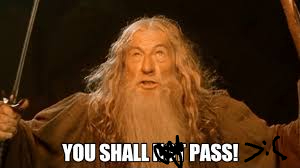 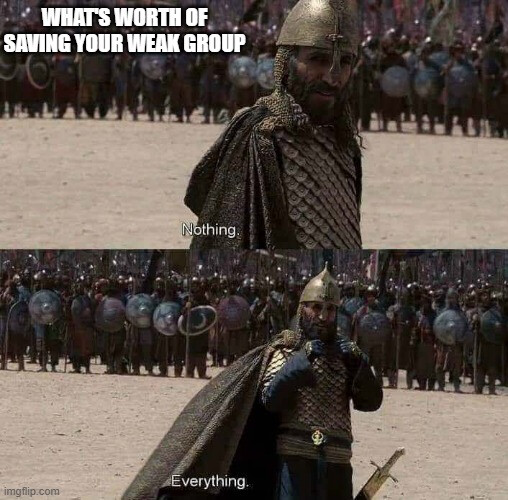 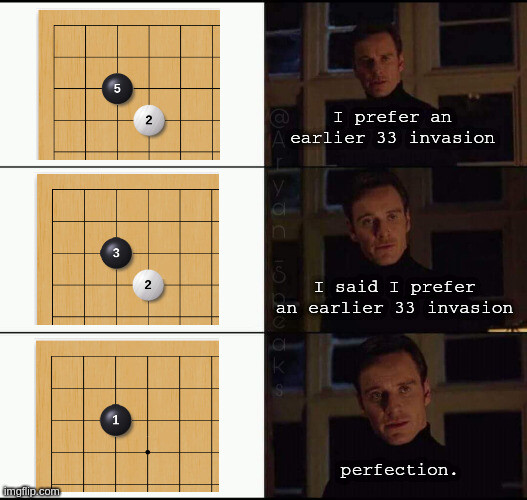