No actual medical issue implied (I hope so!)

That happened to me a few times (not so few, I regret) to focus on one part of the board forgotting something very important nearby, that also affects moves I’m making. 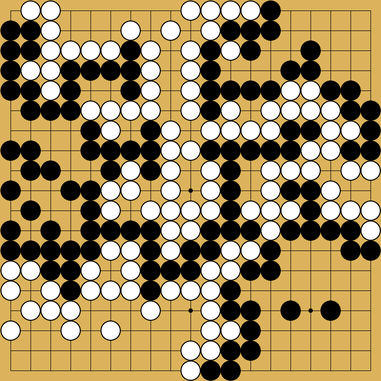 In this game I played many moves (starting from move 164) trying to surround and kill something (at first the three stones at G8, then the group around M8). But those groups were simply alive, because some of my stones nearby were 2 moves ahead from being captured (E8 and the rest).

That’s exactly the issue: abandoned stones, already dead but still there. I see my color and rely on those stones, forgetting that they’re ghosts!

If you aren’t sure whether you can kill, make sure you don’t get surrounded. In this case (apart from not invading that deeply), you could’ve tried the empty triangle. In general you shouldn’t try to kill but to restrict your opponent’s choices so you can more easily predict what’s going to happen.

you shouldn’t try to kill

Despite my apparent SDKness (and despite how many times I heard Dwyrin say “I’m not trying to kill, I don’t want to kill anything”), inside I’m still a bloodthirsty DDK!

But my issue isn’t much about trying to kill: it’s about using as a support something that is broken: E8 group was dead. It wasn’t really there (except maybe for some aji, which is something I still can’t figure clearly)… but I forgot that. 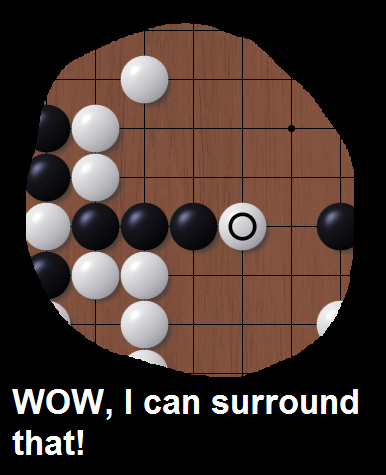 That’s why I talked about “tunnel vision”.

Well there’s really nothing special I’d say. Everyone needs to compartmentalize what happens with which groups and keep an internal washlist of things to look out for (miai life/connection, ladder breakers, ko, etc). Every now and then you’ll miss something or you’ll forget to look for it or whatever. If you are notoriously forgetful you can use malkovich or a notepad, but i’m not sure if externalizing things would lead to improved internal housekeeping skills, so to speak.

I suppose the most basic thing you should keep track of is whether any or all groups of interest have at least 2 ways to live (i.e. miai), so you should have a plan for whenever one of these options vanishes. Before you make a move affecting one of your groups, you need to assess if your opponent can in turn remove one of your vital options in sente, because - for obvious reasons - that’s dangerous.

Thanks for the advice. I’ll try to keep it in mind.