White to play a kosumi. 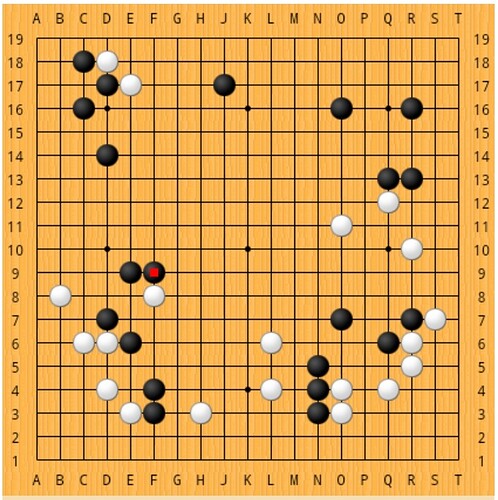 Is hane at the head of two stones still technically a kosumi? I’m not sure if the proximity of the black stones changes it…

None of your two suggestions is the game move.

M7, move out and threaten to cut? 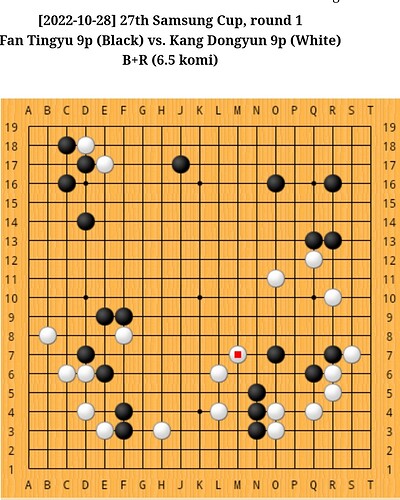 Live from the Italian championship, commented by Tanguy Le Calvé on twitch.

Black to play a kosumi. 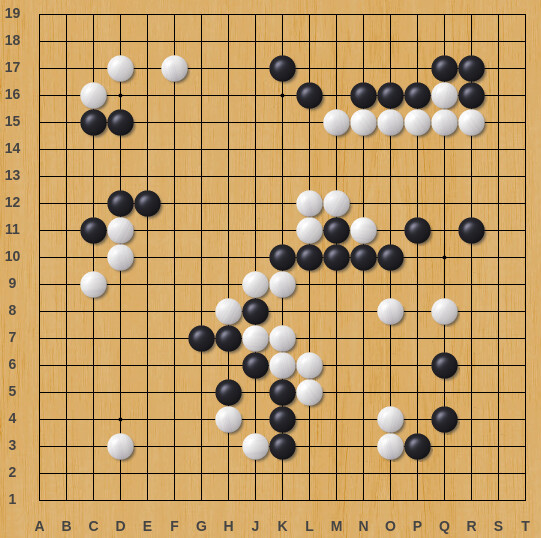 Davide Bernardis is young and strong (among Italian players). I met him at a tournament when he was a nice boy with long elegant fingers. He was already very strong.
He then grew up and now is a very tall young man even stronger.

Black to play a kosumi: 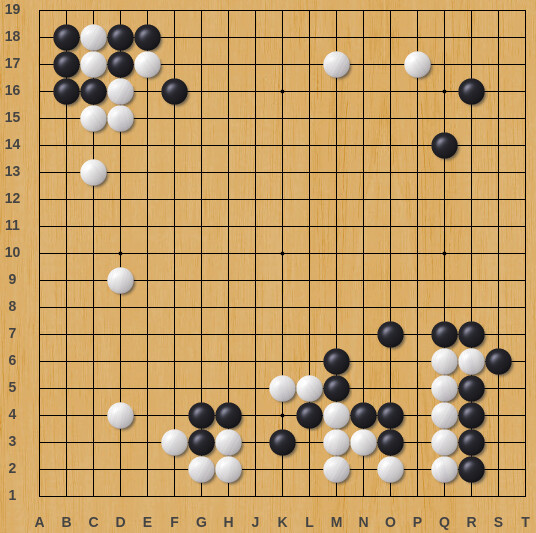 This one seems difficult

I would never call blank a kosumi.

I think that’s probably something that could do with being established.

Does a tiger mouth count as a kosumi?

So more generally should a kosumi be a “free-standing” kosumi, or if it’s part of another shape should it no longer count as a kosumi?

Edit: for the rules of the game I mean, to make guessing simpler, and more people can jump in easily. Outside of the game it doesn’t matter really.

So more generally should a kosumi be a “freestanding” kosumi, or if it’s part of another shape should it no longer count as a kosumi?

“Shape” is a bit too general to completely forbid a kosumi which is part of a larger shape. For instance, a kosumitsuke is still a kosumi.
But at the very least, I would always require that the two points adjacent to both of the kosumi’s two stones should be empty.

Otherwise, it’s not a kosumi, but rather an empty triangle or a hane (or atari).

To construct practical/useful puzzles, one might want to accept as an answer all of several good kosumis, not just the one that a pro ended up playing.

Which probably means AI analysis could help with puzzle construction: either to help select pro kosumi moves for which there wasn’t another reasonable kosumi option, or to actually have the AI provide the multiple move options.

I’m in favour of using human pro moves for puzzles rather than AI moves, which means I vote for using AI to eliminate puzzles for which the pro move isn’t the only good kosumi.

I’m in favour of using human pro moves for puzzles rather than AI moves, which means I vote for using AI to eliminate puzzles for which the pro move isn’t the only good kosumi.

Or you could rewrite the text of the puzzle as: “In this situation, Black played a kosumi. The AI preferred another kosumi instead. Find both the kosumi that was played, and the kosumi recommended by the AI” 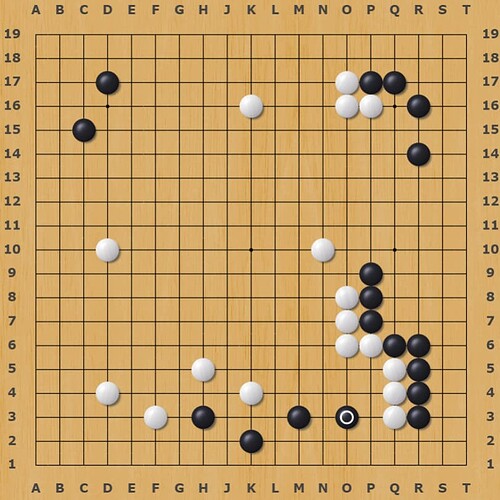